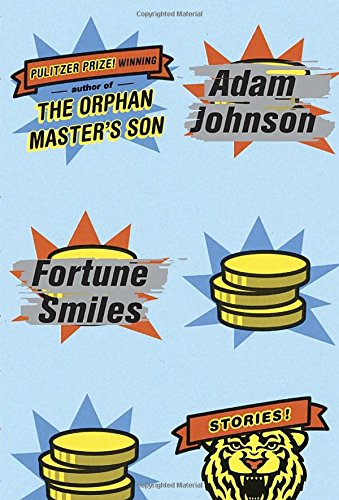 We spend plenty of time here on The Millions telling all of you what we’ve been reading, but we are also quite interested in hearing about what you’ve been reading. By looking at our Amazon stats, we can see what books Millions readers have been buying, and we decided it would be fun to use those stats to find out what books have been most popular with our readers in recent months. Below you’ll find our Millions Top Ten list for March.

Ascend, ascend Lauren Groff and Margaret Atwood! Set forth and lay claim to your spots within our Millions Hall of Fame. For one of these authors, it’s their second time making the list. For the other, it’s their debut. Can you guess which is which? The answer may surprise you.

And with the ascension of Fates and Futures and The Heart Goes Last, we welcome two newcomers to our monthly Top Ten: Girl Through Glass by Sari Wilson and The Lost Time Accidents by John Wray.

In his write-up for our Most Anticipated Book Preview three months ago, Matt Seidel described how Wilson’s novel “alternates between late-1970s New York, where its heroine works her way into George Balanchine’s School of American Ballet, and the present day, where she is a dance professor having an affair with a student.” It’s a novel ripe with dramatic tension, and one more than a little fixated on body type, as Martha Anne Toll noted in her recent exploration of women — lost, thin, and small — in fiction.

Joining Wilson on the list this month is John Wray, whose newest novel, The Lost Time Accidents, covers a great many topics, such as physics, the Czech Republic, watch factories, Nazi war criminals, the Church of Scientology (but not really), and science fiction, among others. In her write-up for the Book Preview, Anne K. Yoder called it a “mash-up of sci-fi, time-travel, and family epic [that’s] both madcap and ambitious.” The novel was also covered by Michael Schaub in a recent edition of The Book Report — come for the overview, but stay for Bong Crosby!

Stay tuned for next month’s list, in which two more newcomers are poised to join our ranks.

This month’s near misses included: The Queen of the Night, Mr. Splitfoot, The Turner House, Eternity Street: Violence and Justice in Frontier Los Angeles, and The Sellout. See Also: Last month’s list.

We spend plenty of time here on The Millions telling all of you what we’ve been reading, but we are also quite interested in hearing about what you’ve been reading. By looking at our Amazon stats, we can see what books Millions readers have been buying, and we decided it would be fun to use those stats to find out what books have been most popular with our readers in recent months. Below you’ll find our Millions Top Ten list for July.

Between the World and Me
1 month

The Life-Changing Magic of Tidying Up: The Japanese Art of Decluttering and Organizing
4 months

The Girl on the Train
5 months

Four new additions splashed climbed into the Top Ten this month, with Go Set a Watchman — Harper Lee’s ubiquitous Mockingbird pre/sequel — topping the chart. It would be generous to say that the critical reception to the novel, which was written prior to Mockingbird but set two decades afterward, has been mixed. Many evaluations hinge on whether or not the work is capable of standing on its own, or whether it can only be understood as a draft. (There’s also the whole matter of whether the thing should’ve been published to begin with…) In an essay for our site, Michael Bourne wrapped it all together by writing:
Whatever its true provenance, Go Set a Watchman, despite some deft prose and sharp dialogue, fails as a work of art in every way except as a corrective to the standard sentimental reading of Atticus Finch. … The great revelation of the novel isn’t that Atticus Finch is a bigot, but that he has been one all along and his daughter has been too in love with him to notice.
(Bonus: Robert Rea went to Monroeville, Alabama on the day of the book’s release, and wrote about the experience for our site.)

Also appearing on our list this month is Ta-Nahisi Coates’s Between the World and Me. In her preview for our site last month, Anne K. Yoder wrote that the work “grapples with how to inhabit a black body and how to reckon with America’s fraught racial history from a more intimate perspective — in the form of a letter to his adolescent son. Given the current state of affairs, this book should be required reading.”

We also welcome Hanya Yanagihara’s A Little Life and Andy Weir’s The Martian to this month’s list. No doubt their presence owes to a recent essay from Lydia Kiesling, and Hollywood’s ongoing obsession with abandoning Matt Damon in space, respectively. We also interviewed Yanagihara this week.

We saw two books graduate to our Hall of Fame; congratulations to Loitering by Charles D’Ambrosio and The David Foster Wallace Reader

Nipping at the heels of this month’s selections is Ernest Cline’s new novel, Armada, which was discussed by yours truly in our Great Second-Half 2015 Book Preview a few weeks ago. Be honest: a bunch of you bought it because I referenced my “Diablo III” prowess, didn’t you?

Miranda July’s The First Bad Man and Mark Z. Danielewski’s The Familiar dropped from our list this month. Other near misses included: Armada, The Tusk That Did the Damage, and Everything I Never Told You: A Novel. See Also: Last month’s list.