Award season is back in full swing!

The National Book Foundation spent the week slowly revealing the National Book Award longlists. Established in 1950, the NBAs seek to “celebrate the best writing in America.” Starting on Monday, the 10-title longlists in nonfiction, poetry, young people’s literature, and translated literature were released on The New Yorker‘s Page Turner blog.

Here’s some fun facts about this year’s nominees:

Here’s a list of the finalists in all five categories, with bonus links where applicable: 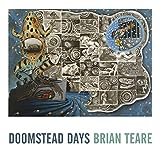 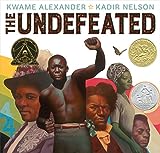 The five-title shortlists will be announced on October 8, and the awards will be revealed in New York City on November 20.
The Millions' future depends on your support. Become a member today.

The Story Prize has announced its nominees for the 2011 prize, We Others by Steven Millhauser, Binocular Vision by Edith Pearlman, The Angel Esmeralda by Don DeLillo. Our review of the latter was published today.

Curiosities Prizes
C. Max Magee
● ●
Prizes
Anna Burns won the big prize in fiction for Milkman, which also won the 2018 Man Booker Prize.
Prizes
Editor
● ● ●
Prizes
Among the contenders are some six Hispanophone writers, with the favorite of the bunch running at 25/1 odds. Still, everyone loves an upset, and with that in mind, we've handicapped the group ahead of the big day.
Prizes
Jesse Tangen-Mills | 2 4 min read
● ● ●
Prizes