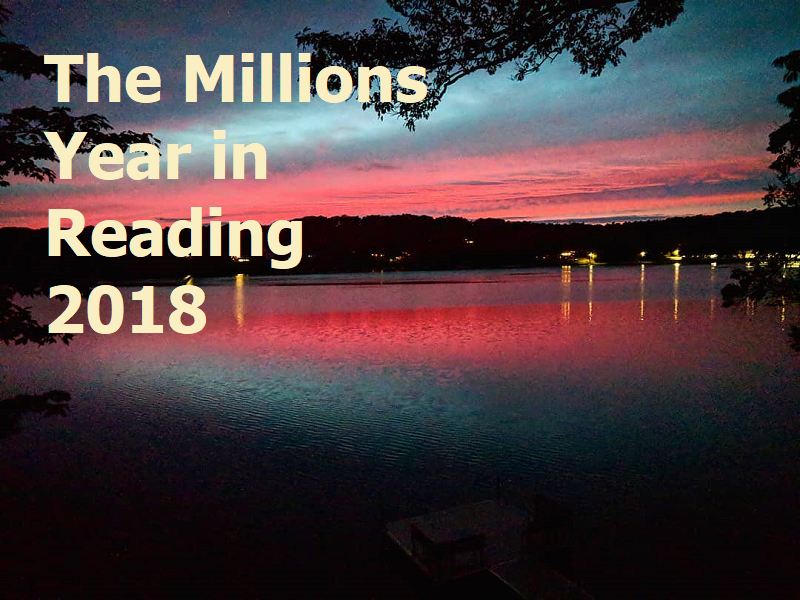 This is the 14th year that the Year in Reading series has run at The Millions. It’s the third year that I’ve blearily written the introduction to kick off the series the night before it’s set to begin, and I’m running out of ways to say it: this is the best thing we do here at the site. There are so many things competing for our attention, and most of them are bad. So at a time of year when people are recovering from family drama or girding their loins for more, when election results are being processed or contested, when writers are licking their wounds or thanking their stars about the year-end lists, Year in Reading feels like a place for enthusiasts to gather and compare notes about the things that brought meaning to life as we hurtle into the future. 2018 was the year of solastalgia; Year in Reading is a place of solace. The series is a record of love and this year, as ever, I am grateful for it.

The names of our 2018 contributors will be unveiled throughout the month as entries are published (starting with our traditional opener from Languagehat’s Stephen Dodson later this morning). Bookmark this post, load up the main page, subscribe to our RSS feed, or follow us on Facebook or Twitter to make sure you don’t miss an entry — we’ll run at least three per day.

Sarah Weinman is the proprietor of Confessions of an Idiosyncratic Mind. A freelance writer based in New York, she is the Baltimore Sun’s crime fiction columnist and writes “Dark Passages,” a monthly online mystery & suspense column for the Los Angeles Times Book Review. In a parallel life, she has a master’s degree in forensic science and still harbours faint hopes of actually making use of it.Here are a few books that particularly struck my fancy in 2007:1. Bloodbrothers, by Richard Price – I’m on a bit of a Price kick this year so I can get his entire backlist read by the time his new book comes out, and this, his second novel, is really something special. I totally empathized with Stony’s attempts to make something of himself and get out of his Bronx life, yet still very much tied to the neighborhood and to his family.2. 12:23 by Eoin McNamee – sure, it’s about the death of Princess Diana, but it’s more about the burnt-out spooks and mystery makers descending upon Paris leading up to the crash. If Graham Greene had lived to write about the death of Di, this would have been the result.3. Farthing by Jo Walton – I loved the sequel, Ha’ Penny, but I suggest everyone pick this up first – how does a traditional mystery mask an astounding alternate history that could be true if not for a couple of history’s fate twists? I still don’t know, but Walton clearly does.4. The Late George Apley, by John P. Marquand – Several friends have been after me to read his work, and I tracked this down and loved it. The satire is gentle yet devastating, as is the portrait of family mistakes repeating themselves with often emotionally tragic consequences.5. The White Bone, by Barbara Gowdy – she creates great characters out of a herd of elephants. Enough said.More from A Year in Reading 2007