The self is singular; the self is communal. What a paradox, especially in this harrowing year, filled with systemic horrors and the threat of more to come. In a cultural moment that seems to insist on the monolithic, the solipsistic, and a begrudging, dangerous littleness, my whole body’s bruised from walking into obduration. I’ve felt anger and, under that, deep sadness, each a reminder that the world is as it always has been. In a valley of shadows, I’ve looked for the light of underground things burst open. I’ve reached for what dispelled my feelings of singularity, of arrested numbness. Short stories and memoir were frequent choices but also the comfort of genre fiction and young adult for the ways they dare to interrogate what’s worst in us while imagining a world at its best. In every case, a scintillating, nervy shiver coursed through me, each book reminding me of Jane Kenyon‘s famed luminous particular: They insist on themselves and the unique ordinariness of what they contain.

Growing up poor and blue collar in a small town, I was taught a peculiar mix of pride and self-loathing that propelled me out of the community in pursuit of an education and better opportunities but also caused me to resettle in an equally rural place. Many days, I’m convinced there’s no more intractable misunderstanding than the current urban-rural divide, so I reveled in the depictions of rural life in Sarah Stonich‘s Laurentian Divide and Silas House‘s Southernmost. These contemporary fictions explore small towns in two different parts of the United States—Michigan’s Upper Peninsula and Tennessee’s Cumberland River Valley—and explode stereotypes in favor of these communities’ whorled particularities. For all that small towns have grown to symbolize what’s problematic, Stonich and House showed me towns like my own: no longer the geographically and socially isolated enclaves they might have been but populated by people who are, like anywhere else, constantly negotiating their differences within the concentric rings of personal, family, regional, and national identity.

In current public discourse, otherness is flagged as divisive, possibly disingenuous, and always inherently suspect. How mystifying (and exhausting) it seems that in the land of fierce individualism, we’re so out of touch with our own otherness that we’re distrustful of another’s and, thus, made blind to our own privilege. Ruvanee Pietersz Vilhauer‘s The Water Diviner and Other Stories and Anita Felicelli‘s Love Songs for a Lost Continent are both elegant, assertive short story collections, yet, because they’re written by writers of color who explore cultural and diasporic identities, these authors are expected to explicitly establish the context and perspective they’re writing from in ways white writers should also be expected to, but, largely, still aren’t. In the process, Vilhauer and Felicelli elevate and explode that expectation, leaving no issue on the table from race to class, sexual orientation to mental health, gender to neurodivergence. Equally memorable, Erin O. White‘s memoir, Given Up for You, pursues and interrogates her own privilege as a straight-passing lesbian, middle-class white woman, and Roman Catholic convert. White makes a spare poetry out of her grief at letting go of systems that don’t see her as fully human. Whether memoir or short story, these books negotiate ideas of otherness and privilege on a granular level, individualizing, expanding, and widening the concepts. Difference is honored and interrogated, not as performance, but as particular and pedestrian. 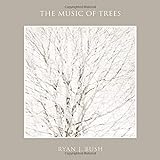 In a country that seems dangerously fractured, books about relationships—with the self, with others, with art and nature and culture—fortified me. A treatise on the shared threshold of devastation and beauty, Heather Rose‘s The Museum of Modern Love uses Marina Abramović‘s The Artist Is Present to exhibit what’s obscured in the quotidian lives of artist and viewers alike, but Rose’s shattering insight and devastating turns of phrase are what turns life into art and brings art to life. Two memoirs, Nell Painter‘s Old in Art School and Tracy Franz‘s My Year of Dirt and Water, offer different, distinct voices navigating a season of their lives through art. Painter’s a personality par excellence; forthright, erudite, and perfectly profane, she enthralls. Franz matches restraint with reflexiveness, the precision of her self-awareness countered by her telling omissions. Finally, there’s the power of relating to art itself. Photographer Ryan J. Bush‘s The Music of Trees, a book that collects three series of his tree images, positions the natural world as a valance point, its physicality a portal that leads beyond what is fixed.

When I despaired, books that broke conventions, stretched definitions and understanding to the breaking point, helped me relearn the world a little. Kristin Cashore‘s Jane, Unlimited retells the same story, bending it through five different genres seamlessly as turning a kaleidoscope, the direction of each story and the person Jane becomes hinging on moments as crucial as William Carlos Williams‘ red wheelbarrow. A Rube Goldberg machine of a novel, Elizabeth Tan‘s Rubik follows a series of protagonists as they drift through the background and foreground of each others’ lives, rarely suspecting their interconnectedness. Seemingly discreet categories bleed together—fact and fiction, reality and fantasy, creator and created, individual and collective—as experience is co-constructed and made almost pathologically diffuse. Playing with fractures and breaks, these books’ radical narrative structures embrace multiplicity and the riotous, cacophonous selves we carry inside our beings.

Equally necessary were the books situated in familiar terrains, the ones that used genre conventions to demand the world is everything and nothing like we’ve been taught to expect. Told in Dolores Extract No. 1’s own voice, Bethany C. Morrow‘s MEM, a story about memory, identity, property, colorism, and class, centers the eschatological and ethical questions underpinning science of the mind in an alternate early 20th century where the wealthy can remove their memories and deposit them into humanoid vessels. Contemporary young adult novels Malcolm McNeill‘s The Beginning Woods and Michael Fishwick‘s The White Hare wield fairy tales, legends, and the grace notes of their prose to burn through love’s brutality and the pain it frequently leaves in its wake. Lars Petter Sveen‘s Children of God, translated by Guy Puzey, revisits the New Testament’s marginal people and tells disconcerting stories of darkness and light that illustrate just how disruptive and disturbing this “good news” should be. Across genres, each one offered stories about the power of stories whether it’s those we’re told about ourselves, the ones we tell ourselves, or the stories we become. 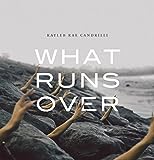 No story confronted me more starkly than family separations at the border and the cruelty exacted on the vulnerable and dependent, especially children. We love stories of children’s resiliency, but I’m sick of them. What do those stories serve more than our own equivocation and shame? Instead, give me NoNieqa Ramos‘s The Disturbed Girl’s Dictionary. The narrator, Macy Grey, an impoverished high-school girl of color whose anger is palpable, demanding, and so very justified, is as cathartic as the deep love and sorrow she guards. Or look at poet Kayleb Rae Candrilli‘s What Runs Over, a memoir in verse, whose language runs red as their childhood. That Candrilli makes beauty out of body horror and the long shadow of suppressing their transness is a radical act of self-reclamation and love that doesn’t occlude the clangor of struggle and violence. Both these books tested my own resiliency and lead me back to another, Seanan McGuire‘s Every Heart a Doorway, which codifies the geography of fantasy and all the children who’ve slipped through its countless portals as a way to address the dissonance that can occur between the family or society a person’s born into and the person they truly are. This book’s a balm because of its stubborn belief that a place exists where each person’s totality fits, even if it’s another world. Even if that world hasn’t been found yet. Even if it’s irrevocably lost.

Ricocheting between vibration and enervation, I’ve needed books to restore me, to show me how to live in this moment but also live beyond it. I craved the singular intimacy of an author’s inmost self and mine traveling through those pages together and arriving on the other side, individually and collectively transformed. Yet even after this yearlong feast, I’ll sidle up to another book tomorrow like the dog in Jane Kenyon’s “Biscuit,” asking for bread, expecting bread, even when I might be given a stone.

Letitia Montgomery-Rodgers is a a poet, writer, book critic, and farmer who earned a B.A. in English from Penn State and an M.F.A. in Creative Writing and M.A. in Applied Linguistics from Old Dominion University. A finalist for the 2018 Janet B. McCabe Poetry Award and the 2018 Hal Prize, her creative work has been published in Gulf Stream, IthacaLit, Menacing Hedge, SWWIM Every Day, and Peculiar, among others. Named a 2018 Emerging Critic by the National Book Critics Circle, her critical work appears regularly at Foreword Reviews. Find her talking about books and other passions on Twitter @murderopilcrows.