For articles I was writing, I happily revisited passages from several books, including:

For my next novel, I read bits of books about fathers, including letters between Wolfgang and Leopold Mozart; books about Italians, including Luce D’Eramo’s Deviation; and books about conspiracy theories and “the power of the lie,” including David Aaronovitch’s Voodoo Histories, Rob Brotherton’s Suspicious Minds, Hans Rosling’s Factfulness, and a timely new anthology entitled Orwell on Truth.

I read books that were sent to me, including Free Woman by Lara Feigel and the forthcoming Such Good Work by Johannes Lichtman. In preparation for events, I read Kevin Powers’s A Shout in the Ruins, Aminatta Forna’s Happiness, Gertrude Stein’s The Autobiography of Alice B. Toklas, Aja Gabel’s The Ensemble, and Kim Fu’s The Lost Girls of Camp Forevermore. Each made me grateful for the forces that delivered it over my transom.

In London I read Sally Rooney’s absorbing Conversations with Friends while my daughter patiently paged through an old copy of The Cricket Caricatures of John Ireland.

In Tobermory I read about the history of lighthouses and Robert Louis Stevenson’s Kidnapped in The Cicerone Guide to Walking on The Isle of Mull.

On a flight from San Francisco to Boston I read Nick Drnaso’s Sabrina and wished it were twice as long.

On Thanksgiving I read Updike: Novels 1959-1965, including the biographical chronology at the end, marveling at a prolificacy I think only Simenon outmatched.

I read The New York Times, most avidly the obituaries, which are like little novels.

I read The New Yorker. I also listened to The New Yorker, and to Jeremy Black’s A Brief History of Italy, and Hermione Hoby’s Neon in Daylight, because of course listening is a way of reading when your hands and eyes are otherwise occupied.

I read books about motherhood, including the Sebaldian Sight, by Jessie Greengrass; And Now We Have Everything, by Meaghan O’Connell; and too many books about how to get your baby to sleep, none of which helped except for the one that asked me to consider what kind of memories of my daughter’s infancy I would like to have.

I read What’s Going on in There?: How the Brain and Mind Develop in the First Five Years of Life, which Philip Roth sent me 40 days before he died. 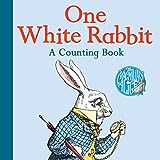 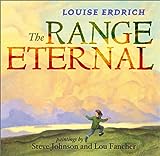 And, with my daughter in my lap, I read many more books, most of them multiple times, including Il flauto magico, One White Rabbit, The Range Eternal, Where’s Mr. Lion?, Giochiamo a nascondino!, Pinocchio, Biancaneve, Good Night, Red Sox, and an especially treasured box set illustrated by the late artist Leo Lionni: Due topolini curiosi, whose cover features a duly curious little mouse with her whiskers buried in a book.

Lisa Halliday grew up in Medfield, Massachusetts and currently lives in Milan, Italy. Her work has appeared in The Paris Review and she is the recipient of a 2017 Whiting Award for Fiction. Asymmetry is her first novel.

Because of an illegal u-turn en route to this year’s Los Angeles Times Festival of Books, I found myself enrolled in online traffic school this summer. The course required that I pass a series of quizzes, all of them simple, before proceeding to the final exam. The whole thing could have taken less than a half-hour, but because this wasn’t solely a rehabilitative affair, I had to watch a timer click down 40 minutes before I could move on to the next quiz, turning 30 minutes of work into seven hours of inconvenience. I had already read the beginning of Zona, Geoff Dyer’s meditation-cum-liveblog of Tarkovsky’s Stalker, but I knew I’d have to see the film before proceeding further. So, pre-loaded with some idea of where Dyer was headed, I watched Stalker in 40-minute chunks on YouTube, while waiting for the next traffic school quiz to appear. Anyone who cares in the least about film, film history, Tarkovsky, artists and their intentions, or high culture in general, probably wants to poke me in both eyes with a sharp stick right now. I might as well have been reading Ulysses while directing traffic. And yet the film worked its magic on me, much as it had worked its magic on Dyer, when he first saw it in his youth (in more traditionally ideal conditions). I devoured Zona soon afterwards, and I can only describe the experience as getting to re-watch a brilliant film in my mind, this time seated next to a highly voluble and intelligent friend. A unique reading experience, and one I’m grateful for.

Other than my traffic school experience, I can divide my reading year into the periods before and after I read Sarah Manguso’s spare and penetrating The Guardians: An Elegy. It floored me. Bracingly smart, moving, and sometimes very funny, this slim volume charts Manguso’s relationship with her friend Harris, who two years earlier escaped from a psych ward and jumped to his death under a Metro-North train. In so doing, it exemplifies how writing can serve as both bulwark against and passage into life’s vicissitudes.

This year I also read The Pale King by David Foster Wallace, a book about which every writer known to man seems to have volumes to say. Not me. It left me inarticulate and emotional, as if I’d been zapped back in time to the broodiest moments of my childhood. I expect to spend the rest of my life staring across vast space at Wallace’s unfinished Death Star, wondering “What if?”