If you have a teenager in your house, or if you just spend a lot of time around one, you may have found yourself patiently explaining that while the word “like” can mean many things, it isn’t a synonym for “said.” In fact, if you are under 40, you may have had this conversation with yourself. No element of modern speech, with the possible exception of all those business types using “impact” as a verb, comes in for as much abuse as what might be called “the Valley-Girl like.”

Meet Alexandra D’Arcy, who wants to destigmatize the contemporary use of “like.” In academic publications dating back to 2005, D’Arcy, a sociolinguist at the University of Victoria in Canada, has argued that the rise of “like” as a form of quotation has opened up new ways for people to narrate their inner thoughts in concrete, active terms in daily speech. Her work on the subject is detailed in her forthcoming book, Discourse-Pragmatic Variation in Context, due out in 2015.

“In writing, there’s a huge range of verbs that you can use and each of those evoke a different mood,” D’Arcy explains. “You can say: ‘she whispered,’ ‘she yelled,’ ‘she murmured.’ In speech, when you look at what people have been doing historically, really all you quoted was speech — ‘she said’ — and every once in a while you got a ‘think.’ What’s happened over the past 150 years is that we can quote so much more now. We can quote thought, or something that looks more like attitude. We can quote writing. We can quote sound. We can quote gesture. There’s a huge panoply of things we can quote and incorporate into our storytelling.”

There used to be a time when my story might have been: ‘I saw her enter the room and I was terrified that she would recognize me and so I crouched down.’ Which is actually sort of boring. But now you can tell that as: ‘I saw her, and I was like, oh my god! I was like, what if she sees me? I was like, oh my god, I’ve gotta hide. I was like, what am I supposed to say to her?’ And it can go on. I’ve seen it where you have eight quotes in a row of strictly first-person internal monologue where that monologue becomes action. That’s new. 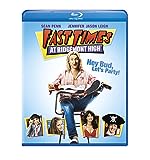 D’Arcy traces the expanded use of “like” to speakers born in the 1960s, but says the language feature came into its own with speakers born in the 1970s, “so that by the time you get to speakers born in the 1980s, you get these entire sequences of quotations that recreate an internal thought process.” This accords with the pop cultural history of the usage, which first became famous when Moon Unit Zappa (born 1967) accompanied her father Frank Zappa’s 1982 hit song “Valley Girl,” with an improvised monologue taken from slang she’d overheard at parties and at the Sherman Oaks Galleria in Los Angeles’s San Fernando Valley. The same year, Sean Penn starred in Fast Times at Ridgemont High, partly filmed at the Sherman Oaks Galleria, and the rest is, like, history.

Where some traditionalists see the use of “like” as a dialog tag as portent of cultural End Times, D’Arcy views it as an important tool for self-expression, allowing speakers to narrate their interior thought processes in dramatic and easily accessible ways. Some commentators, she concedes, view the new use of “like” as a window onto “the lionization of self” among the post-baby-boom generation. But whatever the verbal tic reveals about its speakers, D’Arcy sees its advent as a net positive for the language. “It’s a very creative resource for us,” she says. “It gives us a lot of flexibility in the way we tell stories and recreate action.”

Michael Bourne is a staff writer for The Millions and a contributing editor for Poets & Writers Magazine. His nonfiction has appeared in The New York Times, The Globe and Mail, The National Post, Salon, and The Economist. His fiction has appeared in Tin House, December, The Southampton Review, and The Cortland Review. His debut novel, Blithedale Canyon, is due out from Regal House in June, 2022

I got a real kick out of this story about Edward P. Jones doing a reading at a Volvo dealership near Washington, DC.The reading at the car dealership may have been one of the stranger marriages of highbrow art and the mass market. Even Jones said afterward that when he got the invitation, he figured that he’d be appearing at a school or in a conference room. “I’ve never been in a car dealership before, not having a car,” he mused. “But I used to pass by here on the bus.” Classic. And, by the way, is this the sort of thing we all talk about when we wish that literary fiction got more exposure? I think maybe it is.

Likely aware that most of us are now jaded to the astronomical sales numbers that the Harry Potter books put up, Amazon has grabbed shoppers’ attention with an interesting ploy. The site is now looking to inspire further frenzies of buying by pitting town against town. “The Harry-est Town in America” is the American city or town that pre-orders the most copies of Harry Potter and the Deathly Hallows, and with that honor comes a $5,000 gift certificate to be donated by Amazon to a charity of the city’s choice. Unsurprisingly, suburban locales make up pretty much all of the top 100 “Harry-est” towns in America, and the D.C.-area suburbs of Northern Virginia appear to have a particular affinity for the boy wizard. Also, following up on yesterday’s “limited edition” post, a new box set of Potter books (pictured above) has been announced. It features “a collectible trunk-like box with sturdy handles and privacy lock” and “decorative stickers.”

Hanan sends this collection of “Eclectic Links about Books & Literature.” There’s something for everyone here.

Book bannings at elementary school libraries are so commonplace as to barely be newsworthy it seems, but I did find the furor over gay penguins in North Carolina to be amusing. The fuss is over a book called And Tango Makes Three about a pair of male penguins at a zoo in (where else) New York City, who adopt a baby penguin.”My Two Dads” this is not, however, as some felt it promoted homosexuality. So much so, according to the AP story, that school officials jumped the gun and removed the book from shelves without putting it through the formal review process, which must be triggered by parents actually requesting that the book be removed. I can just imagine school officials checking their watches glumly, wondering when the parents will finally arrive with their pitchforks and torches. My favorite part of the story, though, is that the AP calls the tale of this penguin family a “controversial but true story,” as if it’s so outrageous (gay penguins!?) that some nefarious person must have made it up.

The LBC gets another writeup, this time from the AP. Check it out, they lead with the “Oprah angle.” Oh, and since my dad didn’t understand my previous post about the LBC, I should clarify: yes, I am a member.

The Association for Writers and Writing Programs (AWP) met in Chicago this week for their annual conference and book fair. Tin House was there. Granta was there. Every university press known to mankind was there. One Story delivered valentines, and Avery offered lollipops. Many, many writers showed up to network, get ideas, and press the flesh. You wanted to be there.Alas, I wasn’t. L.A. is far from Chicago, and I’m broke, and I had to work. Thankfully, there was an alternative…L.A.D.W.P., which might stand for the Los Angeles Department of Writers and Poets, or, say, Los Angeles Drinking Writing People, hosted its first event on Friday for all us Angelino writers who had missed the events in Chicago. We congregated in the back room at the beloved H.M.S. Bounty, a nautical-themed bar on the first floor of the famous Gaylord apartment building in Koreatown. We wore name tags. We drank martinis, beer, and even the occasional shot (who invited the poets?). There were writers working on short stories, or on their first novel, or their second or third, or, in the case of Mark Haskell Smith, on their fourth. The kids from the Hipster Book Club even made an appearance.We talked shop. The paperback of Janelle Brown’s first book, All We Ever Wanted Was Everything, is coming out soon, and we discussed how to get it on the enviable fiction table at Skylight. (Good thing I work there now.) I asked the students at UC Riverside’s Palm Desert MFA program if there was a rivalry with the M.F.A. program at Riverside’s main campus; a consensus was not reached. Fiction writer and Los Angeles Times book blogger Carolyn Kellogg suggested we hold these events fairly regularly – perhaps one during the book festival?A painter who had been dragged to the event by her writer-friend asked me what I was reading, and then apologized, saying, “Is that an okay question to ask at these sorts of things?” I told her of course it was, and that I was almost done with Mrs. Dalloway.Antoine Wilson, author of the riveting novel The Interloper, had just flown home from a family trip to Mexico. From the plane window, he said, he had witnessed Los Angeles in its glittering, sprawling vastness, and just driving from his house on the westside, to the Bounty on the east, he had experienced the various, wildly different landscapes and milieus the city has to offer. Between my first and second martini (or, was it my second and my third?) Antoine and I talked about trying to write the L.A. Novel. We both agreed that capturing our hometown on the page might make your head explode. Thinking about it now, I know we’ve got Play as it Lays, The Day of the Locust, Ask the Dust, The Big Sleep, and Their Dogs Came With Them, among many, many others; but can a single book capture the entire city? (And don’t you dare say Bright Shiny Morning.)I asked Karen Moulding, who has recently come from New York, what L.A. was like for a writer. She said, “Oh my God! Writers are so nice in Los Angeles!” Author Janet Fitch added, “Yeah… because there’s so little at stake.” Perhaps YA author Cecil Castellucci had the wisest answer: “Bette Davis said, ‘Take Fountain.’ I say, ‘Take Franklin.'” Everyone agreed.

I ran a piece in last week’s New York Observer reviewing William Goetzmann’s intellectual history, Beyond the Revolution: A History of American Thought from Paine to Pragmatism. A dry title, I know, and somewhat dry inside the cover, too. Goetzmann is near the end of a long academic career and the book felt a little like cleaning out the closet. Still, I found it an interesting read. There’s a novel synthesis running through all the facts and anecdotes, one that I think is particularly useful in our time:There were few things America’s charter citizens agreed on, but one was that the government should be agnostic about what makes the good life. That neutrality left the field open for utopian projects like Brook Farm and Modern Times, and makes room today for everything from mega-churches to television ads that hawk deodorant as a lifestyle. In fact, Beyond the Revolution argues, the entire frenzy of American enterprise from the founding to the present can be understood as an effort to invent, peddle, connive or discern, a model for how to choose and what to value in country where anything is possible.