Here’s a list of my favorite covers of 2009. The best way for me to pick some favorites was to break them up into categories. I feel that when a designer has the task of designing, say, a nonfiction book, the parameters are very different than when designing a book for one of the most popular fiction authors in the world, and so it felt most natural to split things up this way. 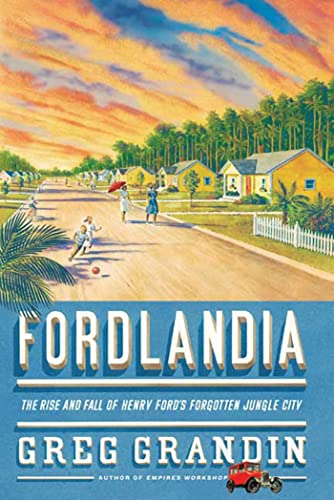 Fordlandia by Greg Grandin, Cover design: Rodrigo Corral Design: Rodrigo Corral is my favorite designer, period. I love everything he does. Fordlandia is a great example of a cover that really feels like what’s inside. The painting is perfect, and the type is beautifully rendered. I love the palm frond hanging over the F. It draws your eye to the title instantly.

Under the Dome by Stephen King, Cover design: Rex Bonomelli, illustration by Ray Brown: This cover is amazing for so many reasons. First of all, even though it’s a no-brainer in terms of concept, they really did a brilliant job illustrating the town. Secondly, the jacket has no flap copy. Nothing! Just barcode and title. This is something only Stephen King can pull off, but it really adds to the clarity of the cover to not have anything else on it. Thirdly, Amazon wrote a piece about the cover, describing its origins on the product page. This is something you never see. It shows that this is truly a unique jacket. 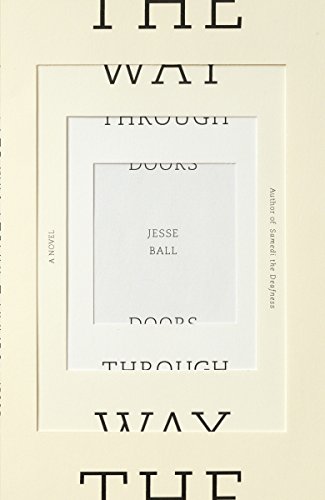 The Way Through Doors by Jesse Ball, Cover design: Helen Yentus: It’s hard to pull off (or get approved) a cover where the title is obscured. In this case, however, Yemtus has done such clear work that the title reads right away, despite the fact that it never actually fully appears. 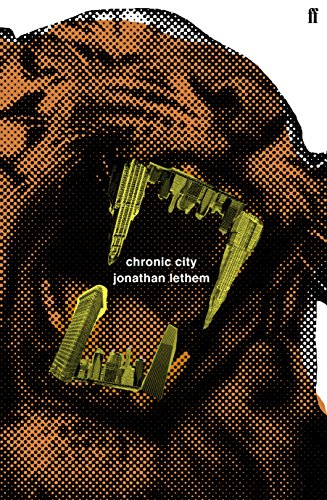 Chronic City by Jonathan Lethem, Cover design: Miriam Rosenbloom: My wife and I recently designed and screenprinted a poster for Jonathan and his marathon New York readings around the city last month. When we were brainstorming for the poster, I saw this cover and thought, “Damn! I wish I had thought of that.” This is a cover that would never fly with an author as popular as Lethem in an American market because the type is small and the image is big. The result is powerful, toothy, and original.

More from A Year in Reading

Michael Fusco founded Michael Fusco Design in 2005, after working in publishing and design for nearly ten years. Michael's work has been featured in Print's Regional Design Annual, Advanced Photoshop Magazine, Time Out New York, as well as on several excellent blogs, including The Dieline, Grain Edit, Vroman's Bookstore, FWIS, and A Cup of Jo.

I love books that devastate me and this year I read several of them.

Matthew Desmond’s Evicted showed me a whole other level of poverty in America. I won’t soon forget the author’s description of a family moving in and out of homeless shelters. It was heartbreaking.

Svetlana Alexievich’s Voices from Chernobyl is about a disaster the name of which was familiar to me, but about which I knew virtually nothing. The level of deception and incompetence that worsened an already horrible situation is unbelievable.

David Ebershoff’s The Rose City, published 15 years ago, is a short story collection about young gay men coming to terms with themselves. In my favorite story in the collection, “The Dress,” a young boy who loves to hide and wear dresses gets stuck in a dress and ultimately needs his father’s help to get out of the dress. It is a sad moment for both father and son as the father learns a new side to his son and the son recognizes his father’s pain even though it’s clear his father loves him.

Paul Kalanithi’s When Breath Becomes Air, which I just started reading, was one of the first books I bought this year and I plan to make it the last devastating book I read this year.

Brooklyn’s Doug Diesenhaus shares his favorite read of the year. Mr. Wilson’s Cabinet Of Wonder by Lawrence Weschler – In reading Mr. Wilson’s Cabinet of Wonder, I had an experience similar to the author’s sense of dislocation in observing his seductive subject, the Museum of Jurassic Technology in Los Angeles. He writes, “the visitor to the Museum of Jurassic Technology continually finds himself shimmering between wondering at (the marvels of nature) and wondering whether (any of this could possibly be true).” You’ll speed through this book and be so fascinated with Weschler’s incredible writing on how we look at art, facts, and history that you’ll have to check out two other great Weschler pieces: Boggs: A Comedy of Values and his recent magazine prototype Omnivore.Everybody is always recommending Weschler. I’ll have to add him to my list.