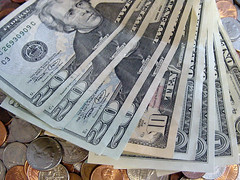 Well, folks, it’s happened. The mainstream media has finally discovered the Internet’s sordid underbelly. According to an article in last Monday’s New York Times, a growing number of online outlets have begun reviewing products for reasons other than the simple joy of content production. Advertisers in search of buzz are plying them with freebies, and sometimes even (gasp!) paying for advertising. Naturally, such cosy relationships raise eyebrows. Writes the Times:

Some in the online world deride the actions as kickbacks. Others also question the legitimacy of bloggers’ opinions, even when the commercial relationships are clearly outlined to readers.

Regular readers of this site are probably aware that a portion of our small operating budget comes from an association with Amazon.com. Click through The Millions and buy any product, regardless of whether or how we have covered it, and we get a small cut of the purchase price. You’re also no doubt aware that we run advertisements. Still, the Times has inspired me, as it so often does, to look inward. And so, in the interest of fuller disclosure, here is a comprehensive list of the other potential conflicts of interest we’ve encountered here at The Millions:

A friend who has long since gotten out of the literary scholarship racket was once, briefly, quite intent on writing a dissertation entitled “Parrots, Pirates, and Prostheses.” I have a vague recollection that the argument was to involve something about how pirates seem often to lose hands, legs, and eyes, and that along with their inanimate prosthetics (wooden legs, hooks, eye patches – if, indeed, eye patches count), they also have animate ones like parrots and monkeys. I am not quite sure where this argument was going. There was, however, an excellent plan to, at the defense of this unwritten dissertation, have a parrot, on the shoulder of the writer, declaim the defense.Though this dissertation (sadly) remains unwritten, it did generate a list of parrot books. Everyone’s favorite genre! Behold:Flaubert’s A Simple HeartKate Chopin’s The AwakeningRobinson Crusoe by Daniel DefoeCharles Dickens, A Christmas Carol (Scrooge recalls Crusoe’s Poll in the first stave)Flaubert’s Parrot, by Julian BarnesVirgina Woolf’s The Widow and the Parrot (this fable-like tale has been published as an illustrated children’s book)Robert Louis Stevenson’s Treasure Island (Cap’n Flint)20,000 Leagues Under the Sea, Jules Verne (parrot hunting!)Little Women, Louisa May Alcott (Aunt March has a parrot who tells Laurie, “Go Away. No boys allowed here.”)Gertrude Stein’s “The Good Anna” in Three Lives briefly features a parrot.Saki’s story “The Remoulding of Groby Lington”Wide Sargasso Sea by Jean Rhys (which features a haunting scene of a parrot on fire)Willa Cather’s beautiful Shadows on the Rock (Captain Pondaven’s African parrot Coco, who sings songs and drinks brandy in warm water)Cather’s Death Comes to the Archbishop (at least, I remember vaguely)

Gather.com, the folks who put together a chat with Jonathan Safran Foer not too long ago, have announced a new writing contest. Online writing contests are a dime a dozen, but the cool thing about this one is that the four winning short pieces (fiction or non-fiction) will be “published and sold on Amazon Shorts,” which would undoubtedly be a terrific venue for any aspiring writer. In fact, it’s along the lines of what I hoped Amazon would do with its Shorts program.

“So I illustrated Gravity’s Rainbow – nobody asked me to, but I did it anyway.” — Zak SmithCheck it out.