In his sophomore novel, The Lager Queen of Minnesota, J. Ryan Stradal captures the true essence of hopefulness in the voices of his characters. “Hope is an essential element in both of my novels. I wanted to instill a vibrant sense of both hope and kindness into these characters, who are all from towns smaller than mine, but don’t limit their world view to what they can see from their porch, which can happen anywhere.”

Stradal’s new novel is the kind of book you read and immediately want to share. It’s a story about family, hard work, and goodness. Told from the point of view of three Midwestern women—Edith, Helen, and Diana—who are set on proving themselves, the story takes readers into the world of beers and pies. The result is a charming novel that is sure to affect readers.

Stradal and I spoke via email about, among other things, the Midwest, the culinary world, and, of course, beer.

The Millions: You are a writer whose first two novels, Kitchens of the Great Midwest and The Lager Queen of Minnesota, take place in the world of food and drink. You are also a contributing editor at TASTE. And, you are a producer for “Hot Dish.” The culinary world must be a big part of your identity, right?

J. Ryan Stradal: It’s more of a preoccupation. I think I’m mostly an enthusiastic end user. But I’m improving as a home cook.

TM: What sparked your fascination with the culinary world?

JRS: Growing up in a smallish town in Minnesota, I wasn’t exposed to a great diversity of food, but as I became aware it was out there, I couldn’t wait to try it all. As soon as I had my driver’s license, I spent many weekends chasing down the various ethnic cuisines that the Twin Cities had to offer. My favorite thing to do on any weekend was to try out a variety or style of cooking I hadn’t experienced before. It wasn’t that easy to find new or unusual restaurants before the Internet, though my parents’ friends turned me on to several. Also, many of the restaurants I came to enjoy I read about in magazines and newspapers; anytime there was a “food issue,” I was all in. I’d narrow it down to a few places and plan my visits over a period of weeks based on my level of spending money. Then I’d call and make the reservations for myself and my girlfriend, who was into these experiences as well. There weren’t a lot of teenage foodies back then, if that’s what we were, but I don’t remember the front of house staff treating us all that differently.

TM: Let’s turn to the Midwest for a moment. Eva from Kitchens of the Great Midwest hails from Minnesota. Edith, Helen, and Diana of The Lager Queen of Minnesota are, as the title suggests, from the Land of 10,000 Lakes. What is it about Minnesota, and the Midwest in general, that makes it the perfect setting for your writing?

JRS: It’s the perfect setting, because there aren’t many other places where these people could exist and do the things they do. I was inspired in part to write Kitchens because I just didn’t know any books quite like it, and I badly wanted a book to exist in the world that dealt with the kinds of people and places I knew growing up. They can be tricky to write about. There are qualities to them—endurance, agreeability, a desire to be useful, a resistance to complaining or making a scene—that aren’t always natural fits for effective drama in storytelling. Most people I knew growing up studiously avoided conflict. Yet how they handle it, and what they reveal about themselves when they do, has always fascinated me.

TM: One thing I appreciate about The Lager Queen of Minnesota is the fact that the best brewers in Minnesota are women. This passage describing Helen’s realization that she’s doing something special is one I found myself returning to:

Helen checked out any book from the library that had anything to do with beer. She learned about the thousands of breweries that once filled the country, coast to coast. She’d read as much as she could find about the history of beer, a history that she had no idea began with a beer goddess and was run by women for centuries. The person that first documented and prescribed the use of hops was a woman, for God’s sake. But when the books had photographs, she realized one afternoon, she saw a lot of people who looked like her grandpa, and a lot who looked like Orval Blotz, but no one who looked like her.

Did you know when the idea for this novel first came to you that the story would belong to the three women who are at its heart?

JRS: Originally the story had many more POV characters; I’d set out to write a larger story about the effects of this family’s unfairly divided inheritance. I think at one point there were eight POV characters, three of which were men. Not only was the first draft pretty damn turgid, it was clear to me that the chapters that concentrated on the family members involved in the brewing industry, the spine of the book, were by far the strongest. Those chapters’ POV characters happened to be women.

In fiction, we get to tell the story of the world we want to exist. That’s the way I see it. It doesn’t mean my women brewmaster characters can’t face hardships and challenges, but they are going to be character-specific and setting-specific and not often exaggerated. There are already enough people writing dystopias, and they’re better at it than I would be. I mostly write about people I’d like to know, and create worlds I’d like to live in.

I was naturally inspired by many of the women I’d met in the beer industry. While meeting and communicating with them, I was often told how, more than sexism, what they battled was the sum of its historical toll. They weren’t personally ever told they couldn’t own a brewery or work as brewmasters, but, with notable exceptions like Kim Jordan and Deb Carey, there simply weren’t many female role models already on that level. Now, for the present generation running breweries, there’s an opportunity for women-to-women mentorship that didn’t exist 20 years ago. Considering that women invented beer, I hope they reclaim its creation and management as much as they care to.

TM: I imagine it’ll be hard for most readers to pick a favorite character, but Edith is the one I couldn’t get enough of. She gives the novel so much added warmth and goodness. I love this line about her near the beginning: “Edith was only sixty-four years old, but if she died right then, she would’ve felt the most important things a Minnesotan, woman or man, can feel at the end of their lives. She’d done what she could, and she was of use. She helped.” People like Edith are treasures. From where did your inspiration for her come?

JRS: Edith has some of both of my grandmas in her, but she’s at least 50 percent my mom. I’d think of her most frequently when writing this character. That said, I don’t know that she would’ve thought of Edith as resembling her at all. Certainly my mom was a lot more of a partier than Edith, and was far more social. But she’s there. The heart, that’s what’s there.

TM: I want to go back to the warm feeling this novel emits. The Lager Queen of Minnesota is a kind book. Even when the characters face difficult times—and those come often—they still remain hopeful. Do you mind talking about the importance of hope in your novel?

JRS: Hope is an essential element in both of my novels. I wanted to instill a vibrant sense of both hope and kindness into these characters, who are all from towns smaller than mine, but don’t limit their world view to what they can see from their porch, which can happen anywhere. My brother was also an inspiration here. He’s had a much tougher path than mine, and despite everything he’s battled with, I admire deeply how much he both grinds it out and keeps perspective. To think beyond what you’ve been taught to expect is a form of hope, but where I’m from, acceptance can be a form of hope too, if it prompts someone to rise to the occasion. For Edith and Diana, hope isn’t just dreaming about an unlikely ideal. It’s them believing that they have the guts to change.

TM: Flavor Dave, the intimidating beer critic, gives Edith’s beer a “100 out of 100” review. That moment brought a tear to my eye:

This beer doesn’t make any sense. It didn’t fill any obvious market niche, meet a known customer demand, or pursue any recognizable tend. This beer is merely the ultimate expression of its brewer, a seventy-nine-year-old woman named Edith Magnusson, who has next to no internet footprint, and about one-millionth the social media presence of my neighbor’s two-year-old. What little exists about Edith online indicates that she may have worked at a nursing home in New Stockholm, where her pies were enough of a foodie fetish to turn the joint into a brutal Friday night dinner reservation, but there was nothing to indicate any access to or even interest in brewing. Until, of course, this pie in a bottle, which seems like a smoking gun of a correlation. The actual pie was almost certainly better.

Flavor Dave’s reaction reminded me of that moment when Anton Ego tastes Remy’s ratatouille near the end of Pixar’s Ratatouille. Flavor Dave, like Anton Ego, knows what he’s consuming is made with love—pure, total love. It’s a moving, beautiful moment in the book. 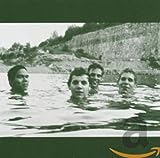 JRS: Thank you. I love the analogy. I wanted someone you wouldn’t expect to respond to Edith’s beer to enthusiastically validate it, not just intellectually, but emotionally. Flavor Dave was inspired in part by one of my favorite pieces of music journalism, Steve Albini’s review of Spiderland by Slint.

TM: With a novel about beer and pie, I can’t let you go without asking: What’s your choice of drink? And what’s the perfect slice of pie to go with it?

JRS: Oh, wow. To have together? I like double and imperial IPAs, and those traditionally don’t go so well with pie. In terms of flavor affinities—maybe a pilsner and a slice of strawberry rhubarb. Can’t get more Minnesotan than that.

Bradley Sides is a writer and English instructor. His work appears at the Chicago Review of Books, Electric Literature, The Millions, The Rumpus, and elsewhere. He is at work on his debut collection of short stories. For more, visit bradley-sides.com.