We wouldn’t dream of abandoning our vast semi–annual Most Anticipated Book Previews, but we thought a monthly reminder would be helpful (and give us a chance to note titles we missed the first time around).  Here’s what we’re looking out for this month. Stay tuned for next month’s huge Second-Half Preview, and let us know what you’re looking forward to in the comments.

Hunger by Roxane Gay: A few years ago, Gay wrote Tumblr posts on cooking and her complex relationship with food that were honest yet meditative. It was on the cusp of her breakthrough essay collection Bad Feminist. Now she may be a household name, but her second nonfiction book delves into the long-running topic of the role food plays in her family, societal, and personal outlook with the same candor and empathy. (Tess M.)

The Changeling by Victor LaValle: A book that somehow manages to be a fairy tale, an agonizing parenting story, a wrenching metaphor for America’s foundational racist ills, and a gripping page-turner to usher in the summer. It’s got internet trolls, forest trolls, intergenerational evil, a magical island commune of traumatized warrior women, and antiquarian book dealers. Read it. (Lydia)

The Accomplished Guest by Ann Beattie: 1976 was a good year for Beattie: she published her first story collection, Distortions, as well as her debut novel, Chilly Scenes of Winter. Forty years and roughly 20 books later, Beattie has a new collection of stories, closely following last year’s The State We’re In, linked stories set in Maine. One defining trait of Beattie’s short fiction is her fondness for quirks: “However well you write, you can become your own worst enemy by shaping it so highly that the reader can relate to it only on its own terms. Whereas if you have some little oddities of everyday life that aren’t there to be cracked, it seems to me that people can identify with it.” (Nick R.)

So Much Blue by Percival Everett: In Everett’s 30th book, an artist toils away in solitude, painting what may be his masterpiece. Alone in his workspace, secluded from his children, best friend, and wife, the artist recalls memories of past affairs, past adventures, and all he’s sacrificed for his craft. (Nick M.)

The Last Kid Left by Rosecrans Baldwin: The Morning News cofounder and author of Paris, I Love You but You’re Bringing Me Down returns with a murder mystery/romance/coming-of-age story set in New Hampshire. (Lydia)

The Answers by Catherine Lacey: Granta Young American and author of Nobody is Ever Missing delivers her second novel to just about the best review one could hope for, from Dwight Garner, who says Lacey is “the real thing” and now “takes full command of her powers.” A somewhat dystopian social novel about “the neurobiology of love,” The Answers follows a woman who signs up to be part of a sinister scientific “income-generating experience.” (Lydia)

Blind Spot by Teju Cole: A strange, sumptuous collection of text and images by the virtuoso essayist, novelist, and photo critic. Kirkus calls it a “cerebral and very beautiful journey.” (Lydia)

Dear Cyborgs by Eugene Lim: Lim has long been publisher of the small, avant-garde Ellipsis Press, whose authors, including Joanna Ruocco, Evelyn Hampton, Jeremy M. Davies, and Lim himself, are remarkable for their unique voices, their attention to language and experimentation. Together they make a significant if lesser-known body of work. Dear Cyborg, Lim’s third novel, will be his first with a major press (FSG). Tobias Carroll has said, “Lim’s novels tread the line between the hypnotically familiar and the surreptitiously terrifying.” With comparisons to Tom McCarthy and Valeria Luiselli and praise from Gary Lutz and Renee Gladman, Lim’s work is worth seeking out. (Anne) 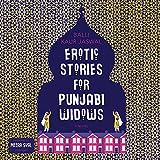 The Gypsy Moth Summer by Julia Fierro: In this follow-up to Cutting Teeth, about a zeitgeisty group portrait of Brooklyn hipster moms, Fierro turns back the clock to the summer of 1992 when a plague of gypsy moths infests Avalon, an islet off the coast of Long Island, setting in motion a complex tale of interracial love, class conflict, and possible industrial poisoning at the local aircraft factory. Joanna Rakoff, author of My Salinger Year, says Fierro, director of Brooklyn’s Sackett Street Writers’ Workshop, has written “a novel to slowly savor, settling in with her characters as you would old friends.” (Michael B.)

The City Always Wins by Omar Robert Hamilton: A debut novel about the Egyptian revolution from filmmaker and activist Hamilton, who has written about the events of Tahrir square for The Guardian and elsewhere.  (Lydia)


The Millions' future depends on your support. Become a member today.

Lists
● ●
Essays Lists
Lists
A great book about Texas should not only contain historical fact, it should give an impression of the Lone Star state, as well as what it feels like to be a human being of fragile flesh and blood in that immense, brutal, and beautiful land.
Lists
Aaron Gwyn | 15 books mentioned 3 min read
● ● ●
Lists Screening Room

Lists
The works of fiction highlighted here confront slavery, Jim Crow segregation, racial bias in the workplace, wrongful conviction and imprisonment, and police brutality.
Lists
Editor | 15 books mentioned 3 min read
● ● ●
Book Previews
Our own Nick Ripatrazone takes a look at six new poetry titles from the likes of Mark Wunderlich, Jackie Wang, and Allison Funk.
Book Previews
Nick Ripatrazone | 15 books mentioned 5 min read
● ● ●
Lists
All writers want is more time and a cabin for brooding. But time is relative, and cabins are often chilly. Here are some gift ideas that are more realistic.
Lists
Hannah Gersen | 15 books mentioned 3 min read
● ● ●
Lists
James has been my favorite writer since I first read The Portrait of a Lady at far-too-young an age to understand it. Still, my instincts told me that I had discovered a unique voice and way of looking at the world. Here’s my list of his top 10 works.
Lists
Susan L. Mizruchi | 15 books mentioned 1 6 min read
● ● ●