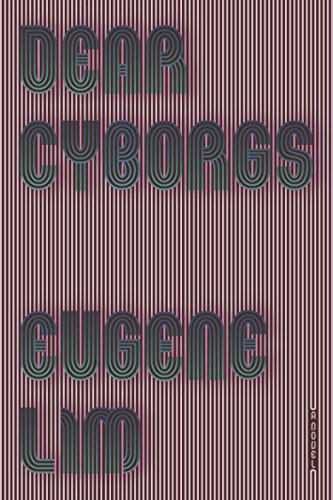 Eugene Lim will not choose between superheroes and soliloquies. His new novel, Dear Cyborgs, shifts between quick bursts of pulpy action and long philosophical monologues. Characters kidnap, shoot, and poison one other, then weigh the merits of protest and relay brushes with gentrification. Capitalism looms over the book like one of Marvel’s Sentinels — inescapable, maybe indestructible. Low art sits next to high, smudging the hierarchy. The term “thoughtful dystopian romp” comes to mind. The year or universe is hazy, but we can make out some of our less fine hours, our targeted ads. Two worlds slide together and a third comes into focus. Is this how people write in the future?

Lim and I exchanged emails about the value of protest, the act of reading as resistance, and the death and rebirth of the novel.

The Millions: Do you consider Dear Cyborgs a piece of protest art, or rather a means of “unveiling life” (as advocated by Tehching Hsieh)?

Eugene Lim: I half-quote a piece of self-admonition associated with Antonio Gramsci on the first page of my book: “Pessimism of the intellect; optimism of the will.” For me, this captures a pretty common contemporary state of cognitive dissonance. So I’m not sure if the book is an act of protest as much as it’s an attempt to articulate this emotional state as well as look into what it’s like to try to constantly maintain it and what it’s like to live within its turmoil.

There’s a directive made by the left that hopelessness and despair are to be avoided as they are emotions of some luxury. And furthermore, it’s bad for morale, so if one were to actually speak and so spread one’s despair, well, then the masses won’t come out, the public won’t march in the streets, and people will just give up. I think there’s a great deal of practical wisdom in this line of thought. (Here’s an even better articulation, by Pablo Iglesias of Podemos, of the near-null practical value of despair as well as that of t-shirt Marxism — and furthermore a definition of politics as necessary and terrible.)

However, one can’t observe the ongoing situation and, on one level, not allow the stirrings of despair and hopelessness. To deny these emotions in the face of war crime, violent structural racism, climate destruction, etc. is to be intellectually dishonest. And we all live with this schizophrenia (a parallel one to our moment of apocalypse-always and simultaneous techno-futurist utopia), which is so pervasive that we barely allow ourselves to acknowledge it.

TM: Is protesting an effective way to bring about change in 2017? Or does it just allow the individual protestor to “make a moral world in which she can abide” (a line from your book)?

EL: I don’t know. I think mass movements and demonstrations have been very important. Historically it’s very important for people simply to show up. Take the civil rights movement and anti-Vietnam War protests, or the first Earth Day gathering in 1970. Nixon saw the crowd and supposedly said something like, “Some of those people are Republicans,” and went on to pass major environmental legislation. Or you could look at the large flash protests at JFK and other airports after the announcement of SCROTUS’s Muslim ban.

The counterexample cited in the book is the February 15th, 2003, worldwide day of marches to protest the US invasion of Iraq. Some call it the largest protest in human history,* but the Bush administration was undeterred. Other cynical counterexamples could include every Earth Day march of the past decade. Reductively, but not entirely inaccurately, one can argue that the state has learned that if a clear majority of public opinion runs counter to its will and the synonymous will of its corporate masters, the state can ignore this majority because it can manipulate elections and regulations so as to remain in power.

And yet and yet… protests can and do matter. The Black Lives Matter movement is a key example. Another: the ruling for same-sex marriage as recent fodder for the argument that history “bends toward justice.” Importantly, you don’t know how this is going to happen. Chomsky says that prior to Occupy Wall Street, if you were to ask him if taking over some downtown street block would make a big difference, he would have said of course not. But OWS crystallized, framed, and popularized an analysis of class inequality that is still resonating today.

Who knows which act will become significant, so arguments about effectiveness are riddled with uncertainty — still one has to act. But how? It’s a question less answerable with a prescriptive response than with the spirit and unpredictability of art, of some flash of insight or opening.

TM: A piece of graffiti in Dear Cyborgs reads, “It is easier to imagine the end of the world than the end of capitalism.” Is it easier for you? If so, why?

EL: That was a memorable line I’d chanced upon and which I remembered because it seemed to state the issue rather perfectly. It’s an unattributed quote found in an essay by Fredric Jameson (though others have identified its source, and a certain slovenly Slovenian I believe retweeted it). In our season, where bestseller lists and blockbusters seem to be monopolized by competing visions of dystopia and apocalypse — but where the idea of successful collective action to combat the destruction of our planet by Big Oil remains impossible — it would seem to me a line of some persuasive accuracy. Why is this so? Probably someone with more relevant experience than a novelist should be asked, but I’ll venture that capitalism is a very very successful cancer because it’s extremely hard to not want to keep up with the Joneses.

TM: Hua Hsu writes that you have “an uncanny sense of what it’s like to be alive right now: constantly distracted, bounding between idealism and cynicism, ever conscious of the fact that we may never bring the size and complexity of our world into focus.” Do you consider this a fair characterization of what it’s like to be alive in 2017? Is this what you were going for in the book?

EL: I think Hsu’s description is a fair characterization of our times. Perpetual distraction and multitasking seem absolutely the norm, the result of the information overload and the fast-paced, shifting landscape of the attention economy. And the simultaneous intellectual cynicism/pessimism and willful idealism/optimism comes from a desire to rebel against complicity only to have ourselves discover our very existence encoded with it. But that diagnosis is not exactly news.

One thing I would like to do — and perhaps Dear Cyborgs does a little of this — is to approach the novel without the locus of character as its main technology. I’d like to describe the chaotic matrix in which we’re living through some other narrative device, some new way that supersedes our dependence on character as empathy avatar and our traditional use of plot as an arc about conflict resolution, and furthermore a method that accounts for the intense mind-boggling complexity we live in that somehow must be apprehended by our puny individual minds. In Dear Cyborgs, the method I tried was a kind of monologue-fractal, which is why all the characters in the book may seem empty or unrealistic, and yet their speeches seem familiar and hopefully poignant and/or meaningful.

It would be odd — in this singularity-approaching data-flooded contemporary world, one where wild algorithmic financial transactions create hidden transnational empires and where we daily use machines the majority of us have no idea how and why they really work — for this almost vestigial not to mention necessarily linear art form, the novel, to be the one best suited to manifest, depict, and perform our world. But maybe it’s so.

EL: I’d rather let others speculate on the meaning of the book’s ending, but I will say something about the several kinds of grieving that are undercurrents to the book and which, on a personal level, I feel are entwined. Perhaps the primary one is the historic loss, from one point of view, of even the possibility of effective protest. Or at least the loss of protest as it once was framed and done. This is a kind of loss of innocence. Then, in terms of cyborg culture, there’s also this weird grief of going through a very particular inflection point, i.e., I’m from the last generation that grew up without the internet. This makes for a rather epic middle-aged feeling of loss, which is a bit aggrandizing because my generation’s loss of youth was simultaneous with this huge cultural shift. In addition, there is another loss that only a few may feel but which nonetheless is very intense, that is: the ongoing eroding of deep reading and the loss of the novel’s supremacy in culture.

However, I believe — and in some ways have tried to show — that the meditative act of reading is a kind of resistance to a persistent and insidious dissolving of agency and our alienation by the forces of capitalism. Also, finally, I have tried to show that if the old narrative ideas of a Freytag plot path of redemption or self-discovery or epiphany are stale, at least there may be other possibilities. That is: the novel is dead; long live the novel.

Evan Allgood is a writer from Virginia whose work has appeared in McSweeney's, Paste, Los Angeles Review of Books, The Toast, The Billfold, and New York magazine's Science of Us. Follow and maybe later unfollow him on Twitter @evoooooooooooo.