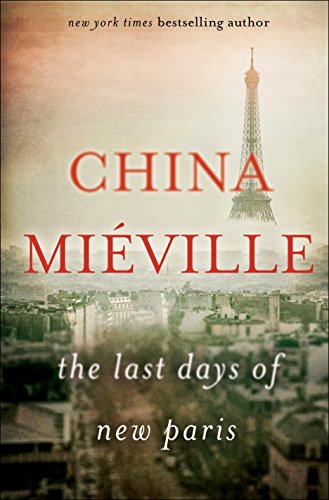 China Miéville has been publishing speculative fiction for close to two decades, beginning with King Rat in 1998.  In the course of this career he has become known as the foremost exponent of the New Weird, rivaled only by Jeff VanderMeer.  VanderMeer and his wife, Ann VanderMeer, brought the existence of the fledgling subgenre to the attention of a wider reading public with The New Weird, the anthology they edited in 2008.  In his introduction, VanderMeer maintains that the (Old) Weird, which is epitomized by H.P. Lovecraft and includes the likes of Arthur Machen, Algernon Blackwood, and William Hope Hodgson, is characterized by the combination of supernatural unease with visionary sensibility.  By contrast, the New Weird characteristically involves the triple combination of complex urban settings, surreal or transgressive horror, and covert or overt political awareness.  Miéville has prioritized the last of these in his critical work, describing the New Weird as a form of resistance against neoliberal globalization and rejecting the more inclusive definitions of the term.  This concern with the political in general and the relationship between art and politics in particular is conspicuous in The Last Days of New Paris, where it receives a singularly subtle treatment.

It is difficult to avoid appreciating Miéville’s novella in one of two misleading contexts.  The first is as an Axis victory alternative history along the lines of Philip K. Dick’s 1962 The Man in the High Castle or Len Deighton’s 1978 SS-GB, both of which have been released as popular television series, the former in 2015 and the latter in January of this year.  The Last Days of New Paris weaves two narratives together – one set in a recognizable France of 1941 and the other in an unrecognizable Paris of 1950 — and populates each with a mix of real and fictional people, but it does not invite one to ruminate on the possible consequences of, for example, Franklin D. Roosevelt’s assassination (Dick) or a Luftwaffe victory in the Battle of Britain (Deighton).  Instead, the geopolitics that led up to and followed the “S-Blast” (presumably “surrealist blast”), the explosion that both created living manifestations of surrealist works of art and opened the gates of hell, are for the most part circumstantial.  The second context, which may be related to the first, is to see the novella as a response to the global rise of nationalism, often in extreme forms, in the second decade of the 21st century.  The phenomenon is no doubt of grave concern to Miéville, who is a left wing political activist, a founding member of the Left Unity political party, and a Marxist academic.  His third book on Marxism, October: The Story of the Russian Revolution, is due for publication in May and has been praised for historical accuracy as well as effective storytelling.  In her review in the London Review of Books, Sheila Fitzpatrick writes of Miéville’s enthusiasm for the concept of revolution, and while his history may well be an artistic call for political revolt, The Last Days of New Paris is neither a call for resistance nor a naïve allegory of art’s revolutionary power.

The novella consists of nine chapters, with the odd numbers devoted to events in the 1950 present and the even numbers to events in the 1941 past.  The story is followed by an afterword and notes section and my only criticism of the work concerns the inclusion of this supplementary material.  The afterword is subtitled “On Coming to Write The Last Days of New Paris” and constitutes a curious and anachronistic conceit in which Miéville claims to have met Thibaut, the fictional protagonist of 1950, and to have merely edited the manuscript passed to him.  This was a common device in Victorian fiction, a hangover from the novel as a literary form derived from history rather than poetry, and was supposed to enhance narrative verisimilitude.  Contemporary readers require no such faux guarantees, however, and the superfluity is exacerbated by Miéville’s reference to the sketches he has included.  The only illustration inside the book is a black and white frontispiece, a reproduction of the color cover which is in turn a reproduction of the exquisite corpse (a composite drawing or collaborative collage) created by André Breton, Yves Tanguy, and Jacqueline Lamba in 1938.  Miéville may be alluding to an illustrated edition that was either planned and abandoned or has yet to be published, or making a recondite joke, but the apparent slip is disconcerting for the uninitiated.  The notes are explanations of the artworks referred to in the narrative and feel gratuitous in an age where reader research is almost effortless, a glimpse behind the curtain that risks debasing the magic.  Miéville’s textual representations of these works are a seamless merging of the realistic with the oneiric and his expert evocation of the pervasive sense of the strange that is New Paris equips the reader with all he or she requires to experience the intense pleasure afforded by the novella.

New Paris is Paris after the S-Blast, which occurred in 1941.  In Miéville’s alternative Europe, Fall Gelb (Case Yellow) — the German drive to the Channel in May 1940 — was sufficient to cause the collapse of France, making Fall Rot (Case Red, the push west and south the following month) unnecessary.  The S-Blast transformed Paris from a city of occupation to a city of resistance, with various French factions rising up against the Germans and the “battalions from below” rising up to join the chaos.  The resistance includes the Free French, led by Charles de Gaulle and backed by the United States, and the Main à plume, the surrealist irregulars, some of whom — like Thibaut — have been able to harness the power released by the detonation.  The most significant effect of the S-Blast was not the release of hell’s minions (who show only a passing interest in the city), but to create the living manifestations of surrealist artworks, “manifs,” that roam the streets either on their own or under the less than perfect command of surrealist or SS handlers.  By 1950 the Germans have sealed the city, which has become a “free-fire zone and hunting grounds for the impossible” and are attempting to destroy the resisters by all available means, including the control of manifs and devils and the creation of manifs of their own, using the work of National Socialist artists like Arno Breker.  The S-Blast has of course given literal meaning to metaphors such as art coming to life, having a life of its own, and being a form of life.  Similarly, this is art that wields power physically as well as through the imagination and emotions.

The Last Days of New Paris is an extraordinarily original work that foregrounds Miéville’s considerable ingenuity and innovation.  The opening scene is wildly fantastic, a suicidal charge by the Vélo — the manifestation of Leonora Carrington’s “I Am an Amateur of Velocipedes,” a bicycle-woman centaur — against the German lines.  There is also a satisfyingly overdetermined symmetry in the work’s design as the onset is bookended by the appearance of “Fall Rot,” a Panzer III-giant man centaur, in the first stage of the story’s tripartite climax.  The symmetry is superbly complex: in the same way that science and the supernatural are the dual interests of Jack Parsons, the real-life protagonist of the 1941 narrative, so Fall Rot has been created by the combination of the biological experimentation of Josef Mengele and the perverted faith of Robert Alesch.  In a further parallel, both of the plots begin with the arrival of an American on the scene, Parsons in Vichy Marseilles in 1941 and an American photojournalist named Sam in the free part of Paris in 1950.  Sam is researching her own book, The Last Days of New Paris, a photographic essay-within-a-novella that pays homage to Dick’s The Grasshopper Lies Heavy novel-within-a-novel.

Miéville is too sophisticated a writer to promote a conception of art as essentially opposed to oppression and his mention of Breker and the second part of the climax (which I shall not reveal) shows that he is well aware of the variety of ends art can serve.  While Breton’s surrealism provided a Marxist opposition to European fascism and American Fordism, Filippo Tommaso Marinetti’s futurism provided active and enthusiastic support for Benito Mussolini, and the fascist sympathies of many prominent modernists are well documented.  Miéville is concerned with surrealism in particular over and above art more generally because movements like surrealism (and the New Weird in his own definition) resist nationalism and neoliberalism in virtue of being politico-artistic movements in the first instance.  Surrealism is not an artistic movement in the service of Marxism, but a Marxist artistic movement.  As such, The Last Days of New Paris calls for a revolt in art rather than a revolt in politics, for integrating politics into art rather than employing art as a means to political ends.  The link from New Paris to the contemporary world comes in the perfectly-pitched anti-climax with which the narrative concludes, as Thibaut takes it upon himself to write his own book, to start “from scratch, redo history, make it mine.”  In Thibaut’s return to the fray to write his revolution, Miéville urges readers to artistic revolt, to the reconception of art as essentially rather than circumstantially political and the New Weird as essentially rather than instrumentally resistant to nationalism and neoliberalism.

Rafe McGregor is the author of The Value of Literature, The Architect of Murder, six collections of short fiction, and one hundred and fifty magazine articles, journal papers, and review essays. He lectures at the University of York and can be found online at @rafemcgregor.