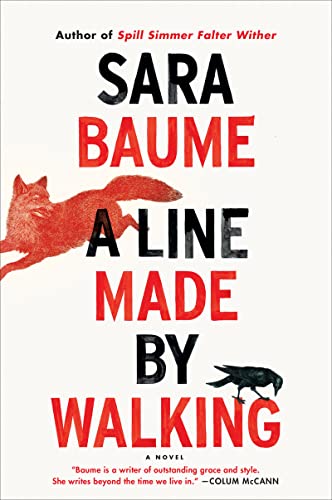 To the right of the entrance to my house stands a distinctly ragged old tree. The tree hangs limply for two thirds of the year until it starts to stir around February. A brilliant golden bulb starts to peek out from under its previously harsh exterior and by the beginning of March, the tree is flecked with gold. It starts to shed this gold almost immediately, leaving the effect of a just missed confetti shower around my driveway.

In November 2015, I attended a reading from Jonathan Franzen in Dublin. Franzen was on something of a mammoth promotional tour for Purity — his fifth and possibly most polarizing novel. After the reading and a standard interview, the floor was opened up for questions. One attendee asked him to relay a story about him once pointing out a beautiful bird to the late David Foster Wallace. He was visibly irritated by the question and batted it away.

The snippet of a story about the bird comes from Franzen’s 2011 New Yorker essay “Farther Away,” in which he explores the impact Wallace’s death had on him while bird watching on a remote island off the coast of Chile. He sums up the difference between his own “manageable discontents” and Wallace’s “unimaginable misery:”

Once, when we were driving near Stinson Beach, in California, I’d stopped to give him a telescope view of a long-billed curlew, a species whose magnificence is to my mind self-evident and revelatory. He looked through the scope for two seconds before turning away with patent boredom. “Yeah,” he said with his particular tone of hollow politeness, “it’s pretty.”

The objects and passions which sustain us are not the immediate subject of Sara Baume’s A Line Made By Walking. It begins with an explanation of how narrator Frankie’s grandmother died. A passing in the night, notable for the storm that uprooted a nearby tree. Frankie takes a branch of this tree and says she loves it for marking her grandmother’s death.

She goes to live in her grandmother’s house and begins a project of photographing dead animals. She establishes some rules for this project: she must not be involved in their death in any way and she cannot photograph any creature that is merely wounded. The novel is marked by her photos of these creatures — a badger, a rabbit, a rat, a robin — and they become her documentation of a world that is dying around her.

Early during her stay, Frankie comes across a number of “weird” trinkets that her mother has deemed to be sufficiently important to save from a clear out. She wonders what it is about these nondescript items that moved her mother to make such a decision. Why a small Eiffel Tower or a “wobble legged beetle in a nutshell” was worthy of keeping. Were they infused with her grandmothers gaze she asks? Was it because they kept her company during her final weeks? That they may have some sentimental value — some cliched idea of worth because of circumstance — never occurs to her.

Aside from her photographs of dead animals, the novel is punctuated by the narrator testing herself on all manner of art projects. “Works about running, I test myself;” “Works about bed, I test myself;” “Works about flowers, I test myself;” — in every instance Frankie displays almost total recall of the detail behind a particular art project and her interpretation of it. We are left with the impression of someone who believes they have failed at art and needs to test themselves in order to keep some idea of a passion alive. There is a regret about art here — that it could not sustain her. It could not facilitate her manageable discontents.

The fingerprints and shadow of Frankie’s grandmother stalk the house, from the smell of her now dead dog to the creaks and murmurs of a house in disrepair, its loyalties still lie with its old occupant and Frankie is drawn to this. She is drawn to living in someone else’s world, of sustaining someone else’s life.

Throughout the novel, Frankie remembers various episodes from her childhood. One such episode details a wheelchair bound friend in school who suffers a fall. She wails and screams and continues even when she has been picked up. Frankie equates this screaming with the girl’s realization of all of the “cumulative indignity of every compromised school day gone by and yet to come, by the weeks after weeks after weeks of unspeakable unfairness which would not stop, not ever.” The girl’s façade of strength evaporates and we are led into her horror — for Frankie, the scream is never about one incident, it’s about all of the incidents to come. All of the dead things that will lie around her.

A Line Made by Walking has the unusual quality of documenting Frankie’s descent into depression and yet celebrating aspects of life taken for granted. By its end, Frankie is continuing her journey and cannot offer us any real kind of resolution, she is just going to keep moving. She is going to keep testing herself and hope things will get better.

Frankie’s tale reminds us that that gold confetti falls everywhere, we just need to see it and not merely look at it. But the book’s great power is helping us to better understand those who can only look. It helps us understand the difference between managed discontents and unimaginable misery.

Paul Ring is a freelance writer in Ireland. His work can be seen on the Irish Examiner and The Irish Times.

Reviews
Morley Callaghan's That Summer In Paris, written in 1962, reveals Hemingway's and Fitzgerald's true nature, and offers an insider's view of the events in Paris, in the summer of 1929.
Reviews
Andrew Saikali | 2 books mentioned 3 3 min read
● ● ●
Reviews
Uwe Johnson never quite knew what to do with the self-satisfied authority of superlatives. He was interested in the inconclusive, the ambiguous, and preferred observing things from the edge.
Reviews
Fridolin Schley | 2 books mentioned 2 10 min read
● ● ●
Reviews
● ●
Reviews
Javier Marías may be the only significant working writer to also be a king. As the sovereign of Redonda, Marías is the honorary monarch. His two-decade reign has nearly entirely consisted of bestowing titles on various artists -- John Ashbery is the Duke of Convexo, for example -- as part of an effort at tongue-in-cheek recognition.
Reviews
Greg Walklin | 2 books mentioned 4 7 min read
● ● ●

The Known World feels like a book that took a long time to write. The writing proceeds at a slow but churning pace. Jones meticulously ties each character to one another, to the land, to the curious circumstances of the “peculiar institution” of slavery. We are taught in school that slavery was a black and white affair, but Jones takes great pains to describe a human landscape where such distinctions are blurry: the most powerful man in Manchester County, William Robbins, dotes upon the two children he has fathered with his slave, Philomena; Oden, the Indian, exaggerates his cruelty towards blacks to maintain his tenuous superiority; and Henry Townsend, the gifted young black man at the center of this novel, acquires a plantation full of slaves from which discord flows, imperceptibly at first. The lesson is the messiness of slavery made real by the vivid lives of each character. Over the course of the novel, Jones sketches out each character, from birth to death, using deft flashbacks and flash-forwards that are scattered throughout like crumbs and give the book a marvelous depth. In this sense, the book reminded me of Gabriel Garcia Marquez’s One Hundred Years of Solitude. The book ends before the Civil War begins, and so the triumph of good over evil is not allowed to mitigate the brutal picture of slavery that Jones paints. Perhaps because it was so assiduously researched, this novel feels like history and it feels like life. Here’s hoping that Jones’ next one doesn’t take ten years to write.