I am writing this in the wake of the election of Donald Trump, and that has changed my reflections as I look back on what I read this year. I’ve found myself thinking a lot about a book that I read early in January and which I reviewed on this site, Dan Fox’s Pretentiousness: Why It Matters. There was a political aspect to Fox’s book that I did not discuss in my review, but which now seems most important. For those who read my review, you will know that I focused mainly on the imprecise use of the word “pretentious,” especially in literary criticism and in social situations. Fox argued that the word is too often used as a vague, dismissive, insult: “Pretension gets sticky with a mess of unpleasant traits; narcissism, lying, ostentation, presumption, snobbery, selfish individualism. These are not synonyms for each other. The pretentious are those who brave being different.”

Fox’s argument was well received, though I noticed that some critics pushed back against Fox’s whole-hearted embrace of pretentiousness as a kind of open-minded ambition, and felt compelled to point out the ways in which pretentious behavior can be obnoxious, smug, and self-congratulatory. But I think those reviewers missed Fox’s larger point, which is that “pretentious” and its supposed opposite, “authentic,” have become so politicized that they have lost any nuance of meaning. Rereading Fox’s book, I was struck by the prescience of this paragraph, which was written before Brexit and before Donald Trump was the Republican Party nominee:

Politics is a game in which actors assert their authenticity in the face of other actors whom they accuse of bad faith. Think of the embattled conservative candidate who, faced with hard questions about policy or public gaffes, plays the ‘biased liberal media’ card. Appeals are made to a silent majority sitting in the stalls, drowned out by the hecklers positioned up in the Gods; socialists, liberals, gays, women, Muslims, Jews, immigrants, the BBC, ‘the political correctness brigade.’ A phantom ‘cultural elite’ is conjured onstage, working against what ‘real,’ ‘ordinary’ people wish. (As if ‘real,’ ‘ordinary’ people could not possibly be left-wing, or gay, or interested in equality, or hold different religious beliefs.) It’s nothing more than smoke and mirrors, a game of pretense, but the idea of the ‘ordinary’ person is a powerful rhetorical image.

That pretty much sums up Trump’s political strategy, though Fox, a British writer, was likely thinking of his home country. In the wake of Brexit, I read Zadie Smith’s excellent “Fences: A Brexit Diary,” and then I read it again, after our election. I saw some of my New Yorker blindness in her description of her own “Londoncentric solipsism:”

The first instinct of many Remain voters on the left was that this was only about immigration. When the numbers came in and the class and age breakdown became known, a working-class populist revolution came more clearly into view, although of the kind that always perplexes middle-class liberals who tend to be both politically naïve and sentimental about working classes.

One can accuse President-elect Trump of many things, but certainly not political naïveté or sentimentality. His vocabulary was always simple, direct, and emotional. He had no qualms riding ugly currents of thought: bigotry, envy, resentment, self-pity, bitterness, nihilism, and hatred. From his stint as a reality television host, he knew they would provoke action.

I write these words in anger, and that’s the emotion I’ll probably always associate with this election cycle. Beneath my anger is a sadness that I am reluctant to excavate. The one book that forced me to do that this year was Men We Reaped by Jesmyn Ward. I read it in February and it has stayed with me all year. It’s a memoir about the author’s grief over the deaths of five young, black men that she knew in childhood. One of these young men was her brother. Ward grew up in a rural community in southern Mississippi. Her literary talent led her out of state to college and later, to graduate school in creative writing. But her departure was fraught with guilt and longing:

…I wanted to apply, to leave Mississippi, to escape the narrative I encountered in my family, my community, and my school that I was worthless, a sense that was as ever present as the wet, cloying heat. ‘You can’t leave,’ my mother said to me. ‘You have to help me with your siblings.’ When she said that, I felt all the weight of the South pressing down on me, and it was then that I resolved to leave the region for college, but to do it in a way that respected the sacrifices my mother made for me. I studied harder. I read more. How could I know then that this would be my life: yearning to leave the South and doing so again and again, but perpetually called back to home by a love so thick it choked me?

Men We Reaped details Ward’s visits home, the summers and holiday breaks destroyed by death. But this is not a gloomy book. Instead, it’s as full of  joy, youth, and love, as it is of grief, mourning, and heartbreak. The amount of life in this book makes the amount of loss all the more tragic. 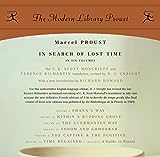 Finally, regular readers of this site will know that I’ve spent the year reading Marcel Proust’s In Search of Lost Time and occasionally writing about it here. Rereading one of my favorite books has not only been a pleasure, it’s also forced me to set aside more time for reading, and that has brought a certain amount of calm and perspective into my life. The day after the election, in an attempt to find some equilibrium, I returned to In Search of Lost Time. The scene I read happened to be one in which Baron de Charlus misreads a social situation and as a result, loses the person he loves most dearly. His error is a familiar one: he doesn’t observe or even suspect the simmering resentment of someone else. I found myself underlining many sentences, including this one: “We picture the future as a reflection of the present projected into an empty space, whereas it is the result, often almost immediate, of causes which for the most part escape our notice.”

Hannah Gersen is a staff writer for The Millions and the author of Home Field. Her short stories have appeared in The Southern Review, The Carolina Quarterly, and The Chattahoochee Review, among others. Read more at hannahgersen.com or sign up for her newsletter here.

Lisa is a bookseller from Colorado whose eclectic tastes are appreciated here at The Millions.Non-FictionThe Elements of Lavishness: Letters of Sylvia Townsend Warner and William Maxwell 1938-1978: In this delightful volume English novelist Sylvia Townsend Warner and New Yorker editor William Maxwell’s relationship blossoms from professional correspondence to a deep friendship. The two never actually met in real life, but their love for one another is apparent in their incredibly erudite and often quite funny years-long correspondence.The Sisters: The Saga of the Mitford Family by Mary Lovell: I’m not usually one for biographies, but The Sisters is a thoroughly engrossing tale of these Bright Young Things of England’s interwar years. The five Mitford sisters ran the gamut from Nazi sympathizer to best selling novelist. Lovell’s book is heavily researched, but she maintains a light tone throughout, which makes it enjoyable for those of us who prefer to take our history with a bit of gossip and froth.It Must’ve Been Something I Ate by Jeffrey Steingarten: Steingarten, the inimitable gourmand, former Harvard Lampoon editor and lawyer returns with a sequel to his first collection of food essays, The Man Who Ate Everything. Many of these pieces appeared first in Vogue and the New Yorker. Steingarten loves food and the sociology and mythology behind the art of eating. He is, most definitely, a latter-day Liebling. Delightful!The First World War by John Keegan: This book seems to be the definitive volume on WWI. It is an all-consuming narration on all aspects of WWI. Incredibly moving and never dull, it is essential reading, I think, as it profoundly informs the politics and culture of the world today.FictionMadeleine Is Sleeping by Sarah Shun-Lien Bynum: More of a prose poem than a novel, this 2004 NBA nominee is a time and space bending fantasia populated by a young girl in a catatonic state, a photographer turned pornographer, a fat woman who sprouts wings and a woman who takes on the shape of a cello. Absolutely spell-binding.Little Black Book of Stories by A.S. Byatt: This most recent offering from A.S. Byatt, seemingly the most erudite and sensual of all women writing today, consists of five stories, some of which were previously published in various publications. By turn haunting and dark, Byatt maintains her trademark ability to effortlessly blend fairy tales into the everyday world.The Courage Consort: Three Novellas – Michel Faber: Michel Faber seems to be one of the most dynamic authors writing today. Coming off of his huge, Dickensian novel of last year, The Crimson Petal and the White, he returns with these three somewhat surreal, incredibly entertaining novellas.The Adventures and Misadventures of Maqroll by Alvaro Mutis: This is the best novel (or collection of novellas, I suppose) that I think I’ve ever read. Words cannot even begin to describe the stories here. The most imaginative, magnificent, gorgeous words I’ve read in a very long time. I didn’t want to ever leave Maqroll!Thanks for that, Lisa. We’ve got a few more year end lists on the way, and then I’ll be back at the helm.