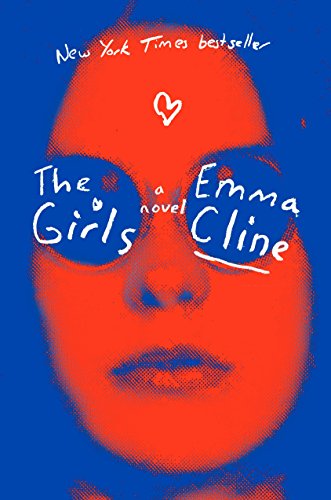 There is so much I wish I could unknow about Emma Cline and her debut novel The Girls. I wish, for instance, that I didn’t know Cline was 25 when she sold the book, or that Random House paid a reported $2 million-plus for it as part of a three-book deal. I wish, too, that it weren’t so obvious that the cult that Cline’s narrator, Evie Boyd, joins in the novel is based on the Manson Family, whose senseless 1969 rampage at the home of Roman Polanski and Sharon Tate has been the subject of countless books and documentaries. Finally, I wish Cline hadn’t chosen to tell the story in the retrospective first person, both because the heavy-handed foreshadowing in the framing story kills any lingering doubt over what’s going to happen, but also because Cline’s narrative voice is so much smarter and more emotionally aware than the girl she’s writing about that it’s often hard to believe they’re the same person.

Cline is a gifted stylist, and her subject is a sensational one, which is no doubt why her editors saw in The Girls the potential for a breakout literary thriller like Marisha Pessl’s Special Topics in Calamity Physics or Donna Tartt’s The Secret History. But I fear New York publishing has jumped the gun here. The weight of expectation that comes with the headline-grabbing book advance combined with Cline’s inexperience as novelist cancels out the many flashes of fine writing in The Girls, leaving the reader wishing this talented young writer had been allowed to develop slowly, under the radar, instead of being showered with cash and pre-publicity before her craft had caught up to her prodigious gifts.

Those gifts are on display in the novel’s perfectly realized opening scene when Evie first sees the female acolytes of the Charlie Manson stand-in, here called Russell Hadrick, in the summer of 1969. The scene unfolds like the opening shot of a 1970s art-house thriller, all saturated color and sinuous slow-motion, as Evie watches the scruffy, long-haired girls saunter through a suburban picnic, seeming to “glide above all that was happening around them, tragic and separate. Like royalty in exile.”

Evie, a lonely 14-year-old whose parents are divorcing, is mesmerized by the girls’ mix of grunginess and hauteur, noticing how “a ripple of awareness followed them through the park.

The sun spiked through the trees like always — the drowsy willows, the hot wind gusting over the picnic blankets — but the familiarity of the day was disturbed by the path the girls cut across the regular world. Sleek and thoughtless as sharks breaching the water.

The novel begins to sag soon after this bravura start, though it takes a while to figure that out because Cline writes so well even when there isn’t much going on. Cline sometimes tries too hard and she might want to dial down the reflexive sentence fragments, but she has a natural’s eye for the telling detail, the single image that makes a character indelible: a girl with a “face as blank as a spoon,” a smarmy young drug runner whose “upper-class upbringing kicked in like a first language.” A few pages later, Cline nails the look of the late-1960s Haight-Ashbury in one pitch-perfect sentence: “Everyone was healthy, tan, and heavy with decoration, and if you weren’t, that was a thing, too — you could be some moon creature, chiffon over lamp shades, on a kitchari cleanse that stained all your dishes with turmeric.”

But whatever they may say in MFA programs these days, a novel is more than the sum of its sentences. For much of the first 100 pages, before Evie gets caught up in Russell’s cult, The Girls is a glacially slow tale of a lonely teenager struggling to come to terms with her parents’ divorce. Here and there the social and political freakiness of the Vietnam-era 1960s penetrates Evie’s cocoon-like suburban existence, but for far too long the book reads like a well-written but underplotted Judy Blume novel.

One plods through this familiar territory waiting for the shock of Evie’s immersion into the cult, only to find oneself once again dropped into a world that all too neatly matches one’s expectations. Cline has combined a few of the real-life characters for narrative simplicity, and moved the group’s base of operations from a ranch north of Los Angeles to a ranch north of San Francisco, but in every other way she has simply inserted the fictional Evie as a minor player in the true-crime story of the Manson Family.

Here we have Russell/Charlie, a scuzzy Flower Power Wizard of Oz in buckskins and bare feet yammering on about free love and emancipation from straight-world hangups while dreaming of being a rock star. Here we have an actual rock star, Mitch Lewis, based on Beach Boys drummer Dennis Wilson, who befriended Manson and introduced him to music producers that Manson thought would make him a star. And most important of all, we have the teenage girls who idolize Russell/Charlie, sleep with him, cook and clean up after him — and ultimately kill for him.

Cline is very good on the heady concoction of big-sister admiration and suppressed sexual longing that draws Evie to one of these girls, Suzanne Parker. If she had distilled the relationship between these two — one a lost, love-hungry suburban teen, the other a knowing, manipulative would-be murderer — into a taut short story, or else deviated from the Manson Family script to carry Evie and Suzanne’s relationship to its logical conclusion, perhaps Cline could have added some fresh perspective on one of the most exhaustively documented crimes in American history. As it is, by hewing to the history of the Manson murders, and tossing in Evie as an innocent bystander, Cline manages only a pallid fictional retelling of a famous story that readers can get in more vivid form in Jeff Guinn’s excellent 2013 biography Manson or prosecutor Vincent Bugliosi’s 1974 true-crime classic Helter Skelter.

Younger readers, for whom the turbulent ’60s are as distant and exotic as World War II is to a Gen Xer like me, may not be as put off by the second-hand quality of the historical material in The Girls. But even readers who know nothing about the Manson murders and the period that gave rise to them may wonder whether Evie’s decisions make emotional sense. Why would this bright, ordinary kid run off to a commune where the girls scavenge trash out of dumpsters and where on her first night she’s forced to give a blow job to the filthy little twerp who runs the place?

This, of course, is one of the enduring mysteries of the real Manson story. Many of Manson’s followers were ordinary suburban kids, and one, Leslie Van Houten, who was recently cleared for parole after 47 years in prison for the murders of Leno and Rosemary LaBianca, was famously a homecoming queen. But beneath this veneer of ordinariness, according to Guinn’s Manson, Van Houten was, like most of Manson’s followers, caught up in the madness of the ’60s, dropping acid in high school and running away at age 17 to the Haight.

This ultimately is what is most glaringly absent from The Girls, the deep gash in the societal fabric that swallowed up a generation of troubled kids. In 1969, America was losing a bloody war in Vietnam. The inner cities were exploding. Drugs and sex were everywhere. College kids were going underground to declare war on the United States, and high school kids were burning their draft cards and heading to San Francisco. In that atmosphere, which is curiously missing from Cline’s much-hyped debut, Manson’s apocalyptic ravings about a coming race war that would cleanse the planet of everyone but his followers could sound almost mainstream.

Michael Bourne is a staff writer for The Millions and a contributing editor for Poets & Writers Magazine. His nonfiction has appeared in The New York Times, The Globe and Mail, The National Post, Salon, and The Economist. His fiction has appeared in Tin House, December, The Southampton Review, and The Cortland Review. His debut novel, Blithedale Canyon, is due out from Regal House in June, 2022

Reviews
Both books are about how falling in love for the first time, particularly if you’ve never seen a love story you can relate to, can be as terrifying and confusing as it is joyful.
Reviews
Janet Potter | 4 books mentioned 1 4 min read
● ● ●
Reviews
Caleb was getting more and more violent—and we, as readers, were lulled into a false sense of security along with her.
Reviews
Rachel May | 4 books mentioned 4 min read
● ● ●
Reviews
● ●
Reviews