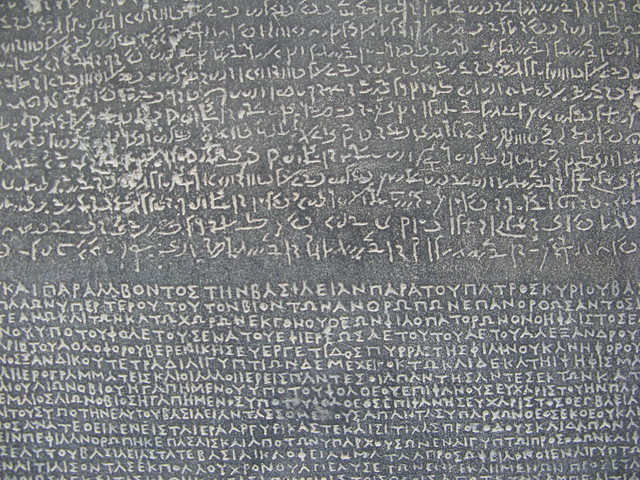 A few years ago I was invited to speak at a New York bookstore with Elena Ferrante’s translator, Ann Goldstein. At the time, Ferrante was not yet the literary sensation she is today; she had a few slim volumes out with Europa Editions, for which Ann and I have done an extensive amount of translating — at that point, our combined efforts apparently accounted for over a quarter of their catalog. The event was modestly attended, as such events generally are, even in New York. But for a moment, Ann and I were on stage, visible, recognized for what we do.

Now we have “Ferrante Fever.” For for me as a translator, the phenomenon is doubly fascinating because of the author’s deliberate invisibility. Elena Ferrante is a pseudonym; we suspect she lives in Naples, but other than that she is a mystery. It is Ann Goldstein who has become the “face” of Ferrante — who is interviewed, invited to festivals or events that authors regularly attend. This reversal of the usual relationship between author and translator is an opportunity for the reader to remember — or realize — that not only is literature in translation something to enjoy and cherish, but that it is a collaborative effort. The translator, like the interpreter of a piece of classical music, is an artist in her own right, not merely a backstage employee of the publishing company whose name is all to often left out of reviews or other publicity. (Imagine advertising a concert at Carnegie Hall without crediting the soloist.)

The public perception of what a literary translator does is often as hazy as Ferrante’s identity. In a country where the study of foreign languages is no longer a requirement in most high schools or colleges, the very notion of a universe contained by a language — visible in a single, untranslatable word (duende, saudade, toska, hygge) — can seem abstract or irrelevant to many Americans. When it comes to literature, the unfortunate attitude among many readers is that a translation will somehow be substandard, an ersatz of the original.

Things are lost in translation, but they are also found. We may not hear the Neapolitan dialect of the original — or even the Italian — when we read Ferrante in English, but Goldstein found the tools to recreate that entire vanished world of Naples in the ’50s; we do not question her stage design for a moment. Any loss of “fidelity” to the original is compensated by the translator’s skill in rendering the scene; readers who have never been to Italy will be aware of cultural difference and yet enjoy the novels to the same degree as readers from Milan or Palermo. They will be there.

Over a century ago, a genteel Englishwoman named Constance Garnett embarked on an arduous literary voyage, to bring readers to new worlds. Garnett translated Nikolai Gogol, Fyodor Dostoevsky, Ivan Turgenev, and Anton Chekhov, among others — she traveled to Russia and met Leo Tolstoy in 1894. Many other translators of the great Russians have followed, perhaps improved on her work, but Garnett was the pioneer, relentless in her determination to bring the world of Tsarist Russia and its literary treasures to Great Britain and beyond. I first read Chekhov in Russian, as a student, both short stories and the plays, but the effort to focus so hard on the original Russian, and my lack of experience in life, had left me, as a student, with a somewhat blurred vision of Chekhov himself. I rediscovered him much later, with the ease (and laziness) of reading in my own language, this time through translation. And it was a great gift: at last, through her work, I could see clearly who Chekhov is as a writer, and why he is incomparable. It’s not really something you can explain; you read the translation, and you know.

How does a literary translator work? Mostly at home, alone at the computer, translating anywhere between two and 10 pages of the original a day, depending on the difficulty and the deadline, if there is a deadline; many translators who have day jobs may translate purely for the pleasure, in the hopes of someday finding a publisher. For it is a pleasure: translation shares with writing the joy of craft, of working with words to convey a tableau, an emotion, an event, without the worry of having to invent a plot or characters, for the author has provided all that. One’s ego is less on the line, but the craft is nonetheless all-demanding: several drafts, on computer and off (with the red pen), then working with the editor, the galleys, possibly the author as well, depending on their level of English and their degree of involvement. For the ultimate loyalty must be to the author: if a translator cannot use the same word or phrase because it simply does not exist in English, what was the author’s intention? How to get his or her point across, and respect the style, the level of language, but also the target audience?

Translators make for interesting protagonists within the fiction that is their province; their introspection, their knowledge of, and access to, foreign countries; their privileged insight into an author’s psyche. Spanish author Javier Marías, a translator in his own right (Thomas Hardy, Joseph Conrad, Vladimir Nabokov, among others), has cast translators in his novels on several occasions: they make for good peripheral narrators of other people’s foibles and passion. We also see this unique duality at work in Rabih Alameddine’s An Unnecessary Woman, and more recently in Idra Novey’s Ways to Disappear and Rachel Cantor’s Good on Paper, all of which feature translators as central characters and interrogate the act of translation itself. When I wrote my own novel, I made my heroine a translator. Translators live at a slight remove from the tumult of the real world, in worlds with their own variety of tumult; they see life through a prism of literature. Their days are filled with another person’s mind, other people’s worlds.

In 1902, two years before his death and several years before Constance Garnett would begin to translate him, Chekhov wrote to the journal that was about to publish four of his short stories in French, regarding the work of one Mademoiselle Ducreux:

I have been shown this translation, and have been able to appreciate its very rare qualities of sober elegance and scrupulous fidelity. I am pleased to send you my full approval.

As so often, Chekhov has the last word. His vision, his world, have been made visible to readers in a new language thanks to Mademoiselle Ducreux’s work; in turn, what better proof of visibility can any translator ever hope to be given?

Alison Anderson is the author of the forthcoming novel The Summer Guest. She spent many years in California; she now lives in a Swiss village and works as a literary translator. Her translations include The Elegance of the Hedgehog by Muriel Barbery, and works by Nobel laureate J. M. G. Le Clézio. She has also written two previous novels and is the recipient of a National Endowment for the Arts Literary Translation Fellowship. She has lived in Greece and Croatia, and speaks several European languages, including Russian. Her website is alison-anderson.com.

Essays
Essays
A common admonition in creative writing pedagogy is, “Cut as many adjectives as possible.” I propose that this rule springs from mere prejudice.
Essays
Lita Kurth | 2 books mentioned 4 7 min read
● ● ●
Essays
At times like this, I find myself caught in a dilemma — a feeling I suspect many Middle Eastern women get. On the one hand, I too am enraged and have my feminist blood boil at how cruel certain Middle Eastern practices can be toward women. Yet, on the other hand, I worry about the tendency that people may have of succumbing all too easily to culture blaming, perceiving these practices as abstract and independent of historical and global relations.
Essays
Selin Gulgoz | 2 books mentioned 4 7 min read
● ● ●
Essays
If we’re doing it right, the story will change us. It will die in our arms, and we will press our lips to it and breathe an idea back in. We will stand among hundreds of our stories gathered in piles at our feet, and we won’t know if we’re in a cemetery or a nursery.
Essays
Elizabeth Eslami | 2 books mentioned 9 7 min read
● ● ●