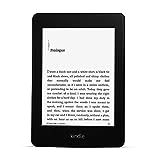 With each new holiday season the reach of ereaders expands, as a new crop of Kindles, Nooks and iPads are fired up. The first thing to do is download a few books.

Just a few years after ebooks and ereaders first emerged as futuristic curiosity, they are fully mainstream now. Even among the avid, book-worshiping, old-school readers that frequent The Millions, ebooks are very popular. Looking at the statistics that Amazon provides us, 48% of all the books bought by Millions readers at Amazon after clicking on our links this year were Kindle ebooks. This is an uptick from last year, when the percentage was 45%. In 2012 it was 33% and the year before it was 25%. It seems almost fitting, given the tug-of-war between book and ebook partisans, that the numbers would eventually settle out near even, with neither format coming out the “winner.”

For starters, The Millions published a pair of very highly regarded and very affordable ebook originals in 2013. If you are new to the ereader game, we hope you’ll pick up these titles:

Epic Fail: Bad Art, Viral Fame, and the History of the Worst Thing Ever by Mark O’Connell ($1.99)

The Pioneer Detectives: Did a distant spacecraft prove Einstein and Newton wrong? by Konstantin Kakaes ($2.99)

They are also available on Apple and other platforms.

Here are some of the most popular ebooks purchased by Millions readers in 2014 (which you’ll see are very similar to our Hall of Fame and most recent top-ten which take into account books in all formats). Publishers appear to still be having luck pricing ebooks pricing near the magic $9.99 number that has been a focus for many in the industry (all prices as of this writing), though aggressive pricing on some backlist titles is clearly driving brisk sales. Occasional promotional pricing, a frequent occurrence in the Kindle store, has likely driven some of these sales as well.

Lists On Poetry
Novelists and essayists ponder the apocalypse, but poems are particularly suited toward capturing the anxiety of the end.
Lists On Poetry
Nick Ripatrazone | 12 books mentioned 4 6 min read
● ● ●
Lists
'The Door' wrecked me in an already wrecked state last January. The book dwells on humans and their secrets and suggests a gruff sort of love that might entail just leaving people alone.
Lists
Bekah Waalkes | 12 books mentioned 2 4 min read
● ● ●
Lists Notable Articles
Lists

Lists
As 2021 limps to an end, we at The Millions took stock of the year by diving deep into the site stats to determine which pieces were most popular with you, our readers.
Lists
Editor | 12 books mentioned
● ● ●
Lists Notable Articles
Lists

This year’s New York Times Notable Books of the Year list is out. At 100 titles, the list is more of a catalog of the noteworthy than a distinction. Sticking with the fiction exclusively, it appears that we touched upon a few of these books and authors as well:

All the Light We Cannot See by Anthony Doerr (Year In Reading: Anthony Doerr)
The Assassination of Margaret Thatcher: Stories by Hilary Mantel (Character Assassin: An Interview with Hilary Mantel)
Bark: Stories by Lorrie Moore (Is She Writing About Me?: A Profile of Lorrie Moore)
The Blazing World by Siri Hustvedt (Guerilla Grandma: On Siri Hustvedt’s The Blazing World)
The Bone Clocks by David Mitchell (In the Edges of the Maps: David Mitchell’s The Bone Clocks, ‘The Blank Screen Is the Enemy’: The Millions Interviews David Mitchell, Exclusive: David Mitchell’s Twitter Story “The Right Sort” Collected)
The Book of Unknown Americans by Christina Henríquez (Hug Your Darlings, Give the Moon the Finger: Writers On Delight)
Colorless Tsukuru Tazaki and His Years of Pilgrimage by Haruki Murakami (Aloof, Quiet, and Dissonant: On Haruki Murakami’s Colorless Tsukuru Tazaki and His Years of Pilgrimage, The Elusive Qualities of Dreams: On Haruki Murakami’s ‘The Strange Library’)
Everything I Never Told You by Celeste Ng (Are You My Mother? On Maternal Abandonment in Literature)
A Girl Is A Half-Formed Thing by Eimear McBride (Scraps of Prayers: On Eimear McBride’s A Girl Is A Half-Formed Thing)
The Laughing Monsters by Denis Johnson (In a Toxic Dreamscape: On Denis Johnson’s The Laughing Monsters)
Let Me Be Frank with You by Richard Ford (Tossed on Life’s Tide: Richard Ford’s Let Me Be Frank with You)
Lila by Marilynne Robinson (Marilynne Robinson’s Singular Vision)
The Moor’s Account by Laila Lalami (Ship of Fools: On Laila Lalami’s The Moor’s Account)
The Narrow Road to the Deep North by Richard Flanagan (Art After Tragedy: The Narrow Road to the Deep North)
Panic in a Suitcase by Yelena Akhtiorskaya (More Alive and Much Stranger: On Yelena Akhtiorskaya’s Panic in a Suitcase)
10:04 by Ben Lerner (Only Disconnect: Ben Lerner’s 10:04)
We Are Not Ourselves by Matthew Thomas (This Could Be Your Story: On Matthew Thomas’s We Are Not Ourselves)