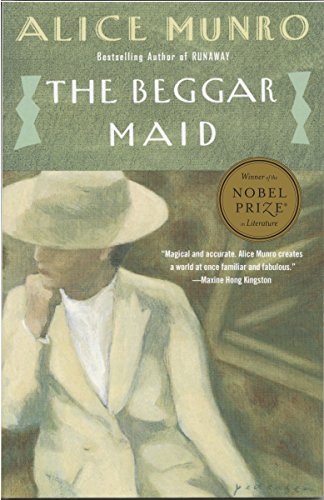 We spend plenty of time here on The Millions telling all of you what we’ve been reading, but we are also quite interested in hearing about what you’ve been reading. By looking at our Amazon stats, we can see what books Millions readers have been buying, and we decided it would be fun to use those stats to find out what books have been most popular with our readers in recent months. Below you’ll find our Millions Top Ten list for May.

In order to graduate to our Hall of Fame, books must remain on the Millions Top Ten for more than six months. The feat has only been accomplished by 82 books in the series’s five year history. Within that subset of hallowed tomes, though, eight authors have attained an even higher marker of success: they’ve reached the Hall of Fame more than once. This accomplishment is remarkable for two reasons: 1) the Top Ten typically favors heavily marketed new releases, so it means that these eight authors have more than once produced blockbusters in the past few years; and 2) because Top Ten graduates must remain on our monthly lists for over half a year before ascending to the Hall of Fame, that means their books must be popular enough to have sustained success. (In other words, marketing only gets you far.)

The names of these eight authors should be familiar to Millions readers, of course. They belong to some of the most successful writers of the past 25 years: David Foster Wallace* (Infinite Jest, The Pale King), Junot Díaz (The Brief Wondrous Life of Oscar Wao, This Is How You Lose Her), Stieg Larsson (The Girl with the Dragon Tattoo, The Girl Who Kicked the Hornet’s Nest), David Mitchell (Cloud Atlas, The Thousand Autumns of Jacob De Zoet), Hilary Mantel (Wolf Hall, Bring Up the Bodies), Jonathan Franzen (The Corrections, Freedom), George Saunders (Tenth of December, Fox 8), and — as of this month — Dave Eggers (Zeitoun, The Circle).

(*David Foster Wallace has the unique distinction, actually, of having two of his own books in our Hall of Fame in addition to a biography written about him.)

Even money would seem to indicate that Alice Munro is poised to join this esteemed group next. Her Selected Stories graduated to the Hall of Fame shortly after her Nobel Prize was awarded in 2013, and her collection, The Beggar Maid, has been holding fast ever since. Meanwhile, the surprise re-emergence of Denis Johnson’s Jesus’ Son, which has been hovering at the bottom of the Top Ten lists these past two months, indicates that maybe he’ll reach that group soon as well. His novella, Train Dreams, graduated in August of 2012.

Changing gears a bit: the lone new addition to our Top Ten this month in the form of Rachel Cantor’s mouthful of a novel, A Highly Unlikely Scenario, or a Neetsa Pizza Employee’s Guide to Saving the World. The book, which was published last month, was featured in our Great 2014 Book Preview, during which time Millions staffer Hannah Gersen posed the eternal question, “It’s got time travel, medieval kabbalists, and yes, pizza. What more can you ask for?”

Here I Am
2 months

Innocents and Others
4 months

How to rule The Millions‘s monthly Top Ten list:

Write and publish a great book.
Have the book’s protagonist’s voice praised for being “as appealing, erudite, and entertaining as any since Alexander Portnoy’s.”
Win the Man Booker Prize.

We also welcome two newcomers to our list this month: Tana French’s The Trespasser and Ann Patchett’s Commonwealth, both of which had previously been featured on our Most Anticipated list.

French’s novel, the sixth in her Dublin Murder Squad series, focuses on the murder of a young woman ostensibly preparing for a date. Around here at The Millions, it’s tough to pick a resident Tana French expert – both Janet Potter and Edan Lepucki hold legitimate claims to that title — so site readers interested in a taste of French’s work should start by reading the author’s recent interview for our site, focusing on her penchant for using police interrogations as literary devices; Lepucki’s piece on French’s plotting; a conversation between both Edan and Janet about French’s writing; and the author in her own words recounting her Year in Reading.

Patchett’s work, too, is familiar to Millions staffers and readers alike. In her blurb for our Most Anticipated list, Lepucki wrote of Commonwealth:
A new novel by the bestselling author of gems like Bel Canto and State of Wonder is certainly a noteworthy publishing event. This time, Patchett, who also owns Parnassus Books in Nashville, Tenn., takes on a more personal subject, mapping multiple generations of a family broken up by divorce and patched together, in new forms, by remarriage. Commonwealth begins in the 1960s, in California, and moves to Virginia and beyond, spanning many decades.
Meanwhile, this month we graduate two Top Ten mainstays to our Hall of Fame: Viet Thanh Nguyen’s The Sympathizer and Samantha Hunt’s Mr. Splitfoot. Fare thee well in Valhalla!
This month’s near misses included: The Girls, Heroes of the Frontier, Signs Preceding the End of the World, The Nest, and The Unseen World. See Also: Last month’s list.

We spend plenty of time here on The Millions telling all of you what we’ve been reading, but we are also quite interested in hearing about what you’ve been reading. By looking at our Amazon stats, we can see what books Millions readers have been buying, and we decided it would be fun to use those stats to find out what books have been most popular with our readers in recent months. Below you’ll find our Millions Top Ten list for December.

This Is How You Lose Her
4 months

Every Love Story Is a Ghost Story: A Life of David Foster Wallace
5 months

Object Lessons: The Paris Review Presents the Art of the Short Story
3 months

An Arrangement of Light
1 month

Both Flesh and Not
2 months

After an impressive run, A Naked Singularity by Sergio De La Pava graduates to our Hall of Fame (check out Garth Hallberg‘s profile of De La Pava that introduced many of our readers to this unusual book). This makes room for Junot Díaz’s This Is How You Lose Her (our review) to be crowned our new number one. Also joining our Hall of Fame is The Patrick Melrose Novels by Edward St. Aubyn (see our review of the last book in the series).
Debuting on our list is Nicole Krauss’s An Arrangement of Light, a bite-sized ebook original. And Krauss is joined on our list by Lauren Groff’s Arcadia (selected by Alexander Chee, Emily St. John Mandel, and Janet Potter in our recent Year in Reading series; Groff was also a participant) and Sweet Tooth by Ian McEwan (which we recently reviewed).
Dave Eggers’ A Hologram for the King slipped off the list. Other Near Misses: Dear Life, Building Stories, The Round House, Billy Lynn’s Long Halftime Walk, and Tiny Beautiful Things: Advice on Love and Life from Dear Sugar. See Also: Last month’s list.