A few weeks ago, I visited friends in Brooklyn, getting a chance to do things that I rarely still do: stay up late, drink beer, act younger than I actually am.  Cloistered in a small, smoke-filled den, we spent hours on topics of interest: classic movies, comic books, that secretary from Mad Men.  We lamented the fall of Bogdanovich and the existence of Ke$ha.  Some time after midnight, conversation turned to the most salient subject of all.  We became impassioned and animated and a little bit unreasonable.  Recommendations were issued; objections made.  iPods were brandished, and the words “Camouflage chameleon, ninjas scaling your building/No time to grab the gun, they already got your wife and children” were heard and appreciated.

The subject, of course, was The Wu. 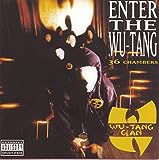 The Wu-Tang Clan debuted in 1993 with the abrasive, perfect Enter the Wu-Tang (36 Chambers), and in the years since, the group has both faded and expanded.  Their moment has long since passed, yet to a fervent core of disciples—myself included—they remain the only game in town.  Or, at least, the only one worth parsing at 2:06 in the morning.  For inveterate Wu-Tang lovers—those who bought Digital Bullet and can recite “Delirium” from Coffee and Cigarettes—contemporary hip-hop exists somewhere overhead.  Occasionally, like skywriting, a diverting act appears: Hey, look, it’s Kanye West.  Ooh, wow, Eminem.  But inevitably, the novelty dissipates and our thoughts return to the ground.  There, Wu-Tang is waiting: patient, poised, and vulgar. 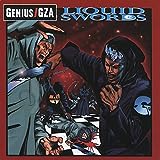 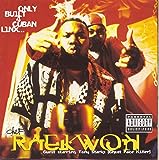 One reason they endure is a wealth of existing material: in addition to the five proper Wu-Tang records, each of the group’s ten members—yes, even U-God—has released multiple solo albums.  A few, such as Raekwon’s Only Built For Cuban Linx, GZA’s Liquid Swords, and Ghostface Killah’s Supreme Clientele, are canonical.  Many more are simply great: RZA’s Bobby Digital, Method Man’s Tical, GZA’s Grandmasters.  But just as important is everything else: the sturdy, third-tier albums that push discussions deep into the night: “You know The Pillage?”  “Ever heard the first Inspectah Deck album?”  “No Said Date has some great fuckin’ songs.”  The Wu-Tang catalog’s depth and sprawl enables excited, cascading response.  One person brings up The W, and an hour later, someone else is defending the second Sunz of Man record.

Just as sprawling is the range of styles within the group itself.  More than any other modern act—with the exceptions, perhaps, of Miles Davis and B.B. King—the Clan has laid claim to nearly every corner of its genre.  RZA is its García Márquez, Raekwon its Richard Price, GZA its Bellow.  Method Man is a leering Jim Thompson, Ghostface Killah a slightly cracked Kerouac.  The late Ol’ Dirty Bastard remains unclassifiable, somewhere between William S. Burroughs and vintage Jack Kirby.  Together, they convey aggression, calm, dexterity, disarray.  They can be inscrutable or inane, incisive or broad.  There are rhymes about Heaven and rhymes about shit.  It’s all there.  If you want to listen to rock, your choices are endless.  When it comes to hip-hop, you can choose anything Wu-Tang and find yourself satisfied.

Then there is the music itself.  On his early productions, RZA created pressure through restraint; his was the sound of vision being reined in by technological limitation, made to twist outward.  The product was a dazing bent-metal feel, a methodical confusion behind the beats.  It’s an effect easily lost to rising budgets and digital dependence, and on duds like Tical O and Birth of a Prince, an airless clean took over.  Such pixelated ease, had it continued, could well have killed them off—it’s what nearly killed R.E.M., and has killed Terry Gilliam. 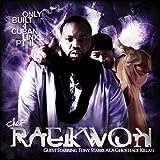 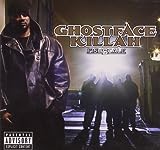 But the late-period Fishscale and Cuban Linx II were signals of renewal, roaring and cutting and hungry.  The sound might not have been as dusty or as broken as it once had been, but the result was much the same: a tightness in the throat and a clenching of the teeth.

As mainstream rap flags, growing distended and ring-toned, the Wu-Tang’s worth becomes clear.  Yet they do not rest on legacy.  GZA is working on Liquid Swords II; Masta Killa’s Loyalty is Royalty is due later this year.  After a long run of letdowns, Method Man will soon offer Crystal Meth: “I just want my classic,” he recently told MTV News.  “People always say, ‘You already got a classic first LP,’ but not to me… it’s like when your child brings home an 80 on a test.  That’s a good grade, but you know they can do better.”  Who knows what sort of marks Crystal Meth will receive.  It might be the Clan’s next stone-cold A-plus; in all likelihood, it’ll be a solid 83.  Either way, it will add a bit more grist to those half-crazed late-night discussions.  And for fans of the Wu-Tang, the conversation is the thing.