Apple’s tablet will be unveiled to the planet via a special event on January 27. Industry watchers and gadget hounds have been tracking news of an Apple tablet for years now and will likely incite a frenzy of analysis as they attempt to parse the meaning of the new device.

In the wildest scenarios, the Apple tablet, some hybrid of the iPhone and the MacBook, is, through Apple’s formidable interface design expertise, a revolutionary device that utterly transforms how people compute and connect. The pessimistic view is that the device fails to generate widespread interest from consumers already happy enough with their iPhones and MacBooks and ends up having limited niche appeal. Given Apple’s track record in recent years, I’d wager the outcome will be closer to the former case.

The tablet certainly has the potential to further revolutionize how people consume music, TV, and movies on the go, but the implications for the book, newspaper, and magazine industries are potentially much greater. 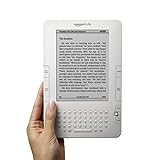 For all the Kindle’s success, it remains in many ways a niche product, aimed at consumers who fit a certain narrow profile, namely avid readers. In 2007, the Associated Press reported that a quarter of Americans hadn’t read a single book in the prior year. And among those who did read that year, the average number of books read was seven. Even considering that you can get some non-book content on the Kindle, these numbers alone suggest that the market for the Kindle is limited.

Meanwhile, the Kindle is siphoning off some of the book industry’s best customers into this new format controlled by Amazon and with profit margins that seem to be constrained at best. The Kindle may get avid readers to read more (and maybe that increased volume will make up for the low profit margins), but the Kindle, with its high price tag (relative to not using an e-reader at all) and limited functionality, is not likely on the wish list of non-readers. However, while the Kindle isn’t turning those non-readers into readers, Apple’s tablet might.

II.
In the technology world, “unitaskers” don’t last long. In the last few years alone, we’ve seen cellphones acquire ever more features and functions. There’s now no reason to carry with you a separate PDA, camera, address book, or music player. Standalone GPS devices are on their way out too and laptops could one day be largely cannibalized by handheld devices.

Therein lies the potential promise of an Apple tablet with a robust e-reader built in. If Apple does the tablet right, it will be purchased by an order of magnitude more people than have purchased the Kindle, even with its likely $1000 price tag. Since launching the device, Amazon has likely sold somewhere between 2.5 and 3 million Kindles. Analysts are predicting that Apple sold more than 11 million iPhones in the fourth quarter of 2009 alone and will sell over 37 million in 2010. Looking farther out, analysts believe Apple could sell 50 million iPhones in 2011 and 80 million in 2012.

The bottom line is that an Apple tablet with e-reader capabilities, if it sells at even a fraction of the volume that the iPhone has, will quickly dwarf the reach of the Kindle. More importantly, it will be owned by thousands of people who are not a part of the Kindle demographic, and will therefore put an e-reader in the hands of millions of people who would not have otherwise bought one and will put e-books at the fingertips of those who might otherwise read less.

III.
The big question mark here is just how good an e-reader the Apple tablet will be. We can already assume based on reports of talks between Apple and publishers that Apple plans on making a big move into the e-reader space, but the tablet is unlikely to have some characteristics that have made the Kindle a hit among serious readers. The Kindle’s non-backlit screen is easy on the eyes, a long battery life allows for uninterrupted reading sessions, and a dead simple interface keeps the focus on the book.

Apple’s tablet, meanwhile, may not have a non-backlit reading setting, is likely to have a far shorter battery life than the Kindle, and will likely be packed with so many enticing distractions that it’s hard to imagine getting much reading done. And, though consumers will likely buy the Apple tablet by the millions, the expected price tag of around $1,000 may turn off those who are primarily interested in the tablet for its e-reader capabilities, such as they are.

Interestingly, in the face of impending competition from Apple, Amazon is pushing the Kindle to become more of multitasker rather than focusing on the e-reader aspect of the device. This week the company announced that it will allow developers to create apps for the device, meaning that Kindle owners may sometime soon be able to access “a wide range of programs, including utilities like calculators, stock tickers and casual video games.” So much for finishing Proust.

If you’ve used a Kindle, you’re likely wondering why anyone would bother with a video game on that low-tech screen, and how the Kindle, in its current form, could possibly be good for anything beyond reading. Amazon is likely thinking the same thing, and as time goes on – and prodded by competition from Apple – the Kindle will be able to do more and more, the screen will get more high-tech, buttons will proliferate.

And so one wonders if, in the desire to create a mass market device, e-readers and tablets will be laden with ever more bells and whistles, to the detriment of their capabilities as e-readers. If that’s the case, a niche market for an e-reader that is focused on providing a good reading experience – and that alone – may thrive.

In the best case scenario multitasker tablets of all kinds thrive, don’t lose sight of providing a good reading experience, and integrate reading books, magazines, and newspapers back into our lives. If that happens, wherever we go, we are reading.