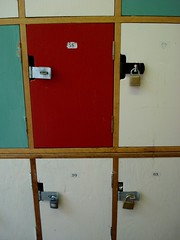 A few weeks ago, the organizers of the Frankfurt Book Fair created a stir when they invited two modestly well-known and mildly controversial Chinese writers, Dai Qing and Bei Ling, to participate in a symposium on “China and the World: Realities and Perceptions.” The symposium was a promotional event, intended to build publicity for the fair itself, which begins next month. The plan was more successful than anyone could have hoped (or wanted). Chinese publishing houses got wind of the writers’ invitations and announced that if the writers attended they would not. This created a dilemma for the fair’s producers: China is this year’s guest of honor. Unsure of how to handle the situation, the organizers rescinded the writers’ invitations. The Chinese publishing houses were mollified. The European public, however, was not.

Scenting censorship, editorials across the continent chastised the Book Fair for bowing to a repressive, communist regime. The writers vowed they would attend anyway. The fair’s organizers suddenly grew a backbone and declared they would not be bullied. Tears were shed. Teeth were gnashed. The writers attended. The Chinese walked out.

II.
In many respects, China is surprisingly, appallingly free. There are laws, of course. Many of them. But they are most often honored in the breach. Regulations on everything from traffic laws to safety standards for children’s toys are ignored with impunity. The rule of law is more like a suggestion. As long as you don’t cross the government, you can pretty much do as you please.

Despite the Wild West, anything-goes feeling that pervades so much of China, though, there are still a few freedoms that make the government nervous. Freedom of speech, for example. Beijing censors spend a lot of their time figuring out how to stop people from publishing dirty jokes on the Internet. What really gets it in a lather, though, is books.

Standing in the US, where NEA studies claim that just over half of the population has pretty much stopped reading entirely, the Chinese government’s concern over the printed word seems slightly anachronistic, a quaint, charming, and slightly odd custom like tipping your hat to a lady. For the bureaucrats in Beijing, however, it’s a deadly serious business. People get sent to jail. They disappear.

There’s very little the Chinese government can do to stop someone from obtaining a banned book. The stunning  display of the Beijing Olympics and other feats of public coordination have drawn in many an American mind the image of China as a state with total control over its populace. And given the government’s taste for spectacle, one can be forgiven for thinking that when Beijing says jump, the earth moves a little. But the reality is nearly opposite. China is an enormous, virtually ungovernable nation, with cities like Beijing little more than islands of control in a primordial stew of chaos. The majority of China’s 1.6 billion people live in rural areas, where they lead a laissez faire existence removed from the reach of the central government, and with China’s limited infrastructure and poorly developed authority structures, there is no way for Beijing to exert anything other than symbolic forms of power over them.

As a result, it’s not difficult to read a banned book. Especially if you’re wealthy, in which case you can easily get a copy of the latest victim of censorship online or on a weekend jaunt to Hong Kong, where Beijing’s tastes in literature do not yet apply. Nor are the consequences of possessing an illegal book particularly severe. As a Times article about the book trade in Hong Kong recently pointed out, possession of banned material rarely results in anything more than confiscation.

What the Chinese government really excels at is not stopping people from reading books, but making life for writers and publishers so difficult that they don’t want to produce them. Take for example Zhao Ziyang, former Chinese Premier and author of the banned book Prisoner of the State.  Zhao, held under house arrest, dictated his political memoir onto microtapes, which were then smuggled out of the country and only published posthumously for fear of retribution. Another recent example. The Hong Kong publisher of the banned book Chinese History Revisited was informed that if he printed the book, its writer, Xiao Jiansheng, might just disappear. The book was published anyway. The consequences are yet unknown.

III.
The Chinese government has long prided itself on following a strict policy of non-interference in the affairs of other states, and until recently, China has been content to restrict its literary predilections to its national borders. If Americans want to read the memoir of an ex-premier, that’s their business.

In the last several years, however, Beijing’s attitude has begun to change. Increasingly, the Chinese have pressured not just foreign governments, but civil society, to observe its tastes. Last month, a Chinese diplomat in Australia tried to stop the Melbourne International Film Festival from hosting Rebiya Kadeer, a controversial figure blamed for instigating the recent riots in the Chinese province of Xinjiang. Unlike the Frankfurt Book Fair, the film festival unconditionally refused.

Refusal, however, comes at a cost. As China’s economy grows and capitalists across the world dream of getting rich by adding an extra inch to every Chinese coattail, the perceived costs of refusing Beijing grow daily. Many Chinese businesses are state-owned, and for many businesses interested in getting a foot in China, saying no to a request from the Chinese government seems like a particularly bad business decision. The fact that Chinese publishing houses are legally required to be state owned (underground private houses are tolerated) makes the pressure on the Frankfurt Book Fair even greater. A single wrong move and the entire Chinese publishing industry could boycott the fair in perpetuity. And how could Frankfurt possibly miss out on the opportunity to open a market of 1.6 billion?

IV.
Ultimately, both Dai Qing and Bei Ling were allowed to attend the Frankfurt Book Fair symposium. The back and forth by Frankfurt’s organizers, however, pleased no one. It angered the Chinese government. It angered liberal Europeans, and it did absolutely nothing to further freedom of speech. In fact, Beijing has now gone out of its way to make sure that other Chinese writers scheduled to attend the book fair, which opens on October 14th, won’t be there. Chinese publishing houses, however, despite their indignation, will still show up. Business is, after all, business.

What’s the lesson here? Australia had it right. China’s influence on businesses is only as big as its market. Editorials have screamed about the red menace and Chinese dragons belching flames onto piles of banned books. And yes, Beijing shouldn’t use its economic muscle to bully other countries. But the only way that will happen is if those countries allow it. Call it greed, call it cowardice; Frankfurt brought this problem on itself. It’s bad enough that China feels it necessary to limit speech in its own country. Does the Frankfurt Book Fair have to help them do it in theirs?

Bonus Link: Comments on the controversy from the FBF’s director, Juergen Boos

Ben Dooley is a Washington correspondent for the Japanese news service Kyodo News. He writes on US-Japan relations, reporting from the White House and the Pentagon. In his spare time, he works as a translator. He is currently writing a police noir set in Japan. Follow him on Twitter @benjamindooley.

Essays
In an age of shortening attention spans and the glorification of stupidity, I find it comforting and exciting to spend time with young characters for whom books, maps, notebooks, letters, research, drawings, imagined inventions and classic films are central and essential.
Essays
Anne Shulock | 1 book mentioned 7 7 min read
● ● ●
Essays
Think of the ways we talk about manliness: as making necessary sacrifices, doing what needs to be done, choosing the ugly truth over the pretty lie. In all of those definitions, we’re still just talking about being good, brave, responsible. And if that’s what we mean by manliness, then we have to acknowledge the fact that women are now — and always have been — as good at it as men are. Which, in turn, means that men can, and ought to, learn manliness from women.
Essays
Franklin Strong | 1 book mentioned 2 12 min read
● ● ●
Essays
The Victorian Angel in the House hasn't died; she has mutated from the quiet, calm keeper of domestic bliss into someone huge and ferocious, working at all costs to keep others safe.
Essays
Alix Hawley | 1 book mentioned 3 7 min read
● ● ●
Essays
What I’m writing about is what it feels like to be living through the blood-red dusk of a nation.
Essays
Ed Simon | 1 book mentioned 12 min read
● ● ●