It’s been a long 2017. So much of being a poet as I understand it is about maintaining a permeability to wonder, and that’s been difficult work in a year spent in the long shadow of a fascistic regime, a year in which the earth has grown increasingly desperate in its attempts to warn us about the damage we’re doing to it.

The (perhaps feeble ((but noble))) balm—a year of books, richer than any I can recall. It’s like the world of poetry knew we’d need it to rise up and carry us, to orient us toward our livable tomorrows. Poets are watchers, wonderers. And they have the magical ability to make us realer than we can make ourselves. Elizabeth Alexander writes: “We are of interest to one another, are we not?” I like thinking of poems as little empathy tablets, granting us access to (and compassion for) lived experiences unlike any we’ll ever know firsthand.

Here are some new books (mostly poetry, listed in no particular order) from the past year that have helped me wander and wonder from one day into the next:

Steph Burt – Advice from the Lights

Nicole Tong – How to Prove a Theory

Alex Dimitrov – Together and By Ourselves

William Brewer – I Know Your Kind

Morgan Parker – There Are More Beautiful Things Than Beyoncé

Carl Phillips – Wild Is the Wind 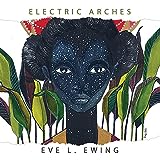 Adrian Matejka – Map to the Stars

Shane McCrae – In the Language of My Captor

Ghassan Zaqtan (trans. by Fady Joudah) – The Silence that Remains

Megan Stielstra – The Wrong Way to Save Your Life

Hanif Abdurraqib – They Can’t Kill Us Until They Kill Us

Ta-Nehisi Coates – We Were Eight Years in Power

Alissa Nutting – Made for Love

Kaveh Akbar is the founding editor of Divedapper. His poems appear recently in The New Yorker, Poetry, The New York Times, The Nation, and elsewhere. His first book, Calling a Wolf a Wolf, is just out with Alice James in the U.S. and Penguin in the U.K. The recipient of a Pushcart Prize, a Ruth Lilly and Dorothy Sargent Fellowship from the Poetry Foundation, and the Lucille Medwick Memorial Award from the Poetry Society of America, Kaveh was born in Tehran, Iran, and teaches in the MFA program at Purdue University and in the low-residency MFA program at Randolph College.

My longtime friend and former roommate Derek Teslik is the guy who got me into blogging. He was once an avid blogger himself but has long since left the fold, and believe me, the blogging world is less for it. Luckily he has consented to send me a once yearly post from his undisclosed location:The Psychic Soviet by Ian Svenonius. The former frontman of Nation of Ulysses and The Make-Up, now singer for Weird War (aka The Scene Creamers), finally delivers a theoretical tome to back up the agitative manifestos he places in his liner notes. Svenonius, who I have called the “kool keith of indie rock,” expounds on some of the great questions of rock and roll (e.g. Beatles or Stones?) while drenching the whole thing in pseudo-socialist theory and protecting the pocket-sized book from beer and sweat stains with a handsome pink plastic cover.State of Denial by Bob Woodward. The most influential largely-unread-but-published book of the year. Woodward’s modern history provided the nation with the Geraldo-in-the-Superdome moment of the Iraq war, allowing the nation to come out and say what they knew in their guts but tried to hide in their brain. Because the most damning revelations of the book (the Bush inner circle was dismissive of the al-Qaida threat in the months before 9-11, etc.) had long been lunatic fringe allegations, they were dismissed as “old news” and somehow didn’t have the staying power and impact they should have. But the book’s publication shifted the American psyche on the war. Proof? After it’s publication, even Chris Matthews grew a pair, at least on the subject of the war. I only read the first fifth or so, but MAN, is Rumsfeld a dick!Stephen Colbert’s Alpha Squad 7: Lady Nocturne: A Tek Jansen Adventure by Stephen Colbert. This unpublished work has already spawned a cartoon series and a late night talk show. From the galleys I’ve had a chance to read, it’s a real page turner! Colbert picks up the pace a bit after the darker Alpha Squad 6: Death Be-comes Her, Or Does It?, returning to what fans of the series love the most – sex and gut-gripping fantasaction. This will make many best-of-2007 lists as well.If I Did It by O.J. Simpson. State of Denial for the Dr. Phil set. And Chris Rock called it years ago.Thanks Derek!