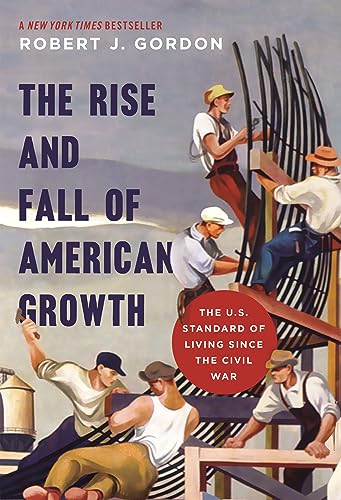 My father’s father, John Morris, was born at a place called Goochland Court House, Virginia, on June 23, 1863.  Nine days later an uncle of his, also named John Morris, got his left leg blown off and died fighting for the Confederacy at the Battle of Gettysburg.  At the time, my grandfather’s father, Charles Morris, was serving as a quartermaster in Richmond, supplying Southern troops with food and ammunition and horses, safely removed from the escalating slaughter.  The family home was a place called Taylor’s Creek, built in nearby Montpelier in 1732 by a Welsh immigrant named William Morris, and worked by slaves.

There is a black-and-white family photograph taken in November of 1952, the month the United States detonated the first thermonuclear device, precursor to the hydrogen bomb.  The photograph shows my grandfather, hair as white as sugar, wearing a three-piece suit and an expression of delight mixed with terror, for on his right knee he’s balancing a swaddled infant who has the bewildered, bug-eyed look of a space alien.  I am the infant.

Three years later, my grandfather died at the age of 92.  I have no memories of the man, but even as a boy I marveled at the changes he must have witnessed in his long lifetime.  He was born during the Civil War and died at the peak of the Cold War.  When he was born, the dominant technologies were the railroad, the telegraph, and photography.  He grew up in a world lit by kerosene and candles, he traveled by foot and horseback and wagon on dirt roads, drank water hauled from a well, used an outdoor privy.  He went on to study Latin and Greek and German, and he became a lawyer, a philologist, and a college professor first in Virginia and then, for more than half a century, at the University of Georgia.  Along the way, he lived through Reconstruction, women’s suffrage, urbanization, Prohibition, labor unrest, the Great Depression, two world wars, the atom bomb and the Korean War.  He was among the original users of the telephone, radio, automobile, phonograph, airplane, elevator, moving pictures, typewriters, subways, safety razors, television, penicillin, pasteurized milk, electric lights, refrigeration, antibiotics, and central heat and air-conditioning.  He endured the grim rigors of Jim Crow, unhappily.  He was in Germany to witness Adolf Hitler’s rise, also unhappily.  He wrote scholarly articles for obscure journals and spent decades producing a German-English dictionary that never got published.  It seems that he dealt with all this dizzying change by remaining firmly rooted in the 19th century, an unapologetic member of the old school, a sugar-haired gentleman scholar in a three-piece suit.  For all that, he held remarkably progressive beliefs on race, child rearing, women’s rights, and religious freedom.

As I grew older, my boyish sense of wonder spawned an allied suspicion: I came to doubt the oft-repeated mantra that, as a Baby Boomer, I was living in a time of unprecedented change.  Yes, we curled up under our school desks as a pathetic way of preparing for nuclear Armageddon, and, yes, I lived to see the civil rights movement, interstate highways, the Vietnam War, a man on the moon, the flowering of feminism and gay rights, Watergate, personal computers and the Internet and the smart phone.  These are not trifles.  But my inventory led to an unassailable conclusion: not all that much has changed in my lifetime, really, and certainly not in the fundamental ways my grandfather’s day-to-day life changed.

For years I carried around these vague ideas until, by chance, I discovered a new book that put flesh on the bones of my theory.  The Rise and Fall of American Growth: the U.S. Standard of Living Since the Civil War by Robert J. Gordon is that rarest thing: a work of densely researched macroeconomics that is compulsively readable.  (Thomas Piketty’s surprise 2014 hit, Capital in the Twenty-First Century, is another exception to the rule that macroeconomics tends to be a snore.)  Gordon’s monumental book is guided by two central premises: that the years from 1870 to 1970, very nearly the dates of my grandfather’s birth and death, comprised “the special century,” a spurt of great inventions and economic growth in the United States that is unmatched in human history; and that since 1970, change has been far slower and it has been confined to the much narrower spheres of entertainment, communications, and information.  Gordon argues persuasively that future growth and innovation will continue to be stunted by a relatively recent, and seemingly irreversible, development: “the rise of inequality that since 1970 has steadily directed an ever larger share of the fruits of the American growth machine to the top of the income distribution.”  In other words, the game has been rigged for years, and with Donald Trump in the White House and Republicans in control of the federal government it’s not going to get unrigged anytime soon.  The rich will keep getting richer, the middle class will continue to wither, innovation will continue to stagnate, and we’ll all be poorer for it.  The “special century,” it turns out, was a one-off.

Books come out of books, and the best books lead us to new books.  American Growth has led me to more than a dozen titles – histories, memoirs, reportage, novels.  One of the closest in spirit to Gordon’s enterprise is Victorian America, a delightful work of popular history by Thomas J. Schlereth, who is guided by Sigfried Giedion’s dictum that “for the historian there are no banal things.”  Indeed Schlereth, like Gordon, is determined to write history from the bottom up rather than from the top down, focusing on the way day-to-day life in America changed in the four decades leading up to the First World War.  Schlereth’s chapter headings reflect his approach: “Moving,” “Working,” “Housing,” “Communicating,” “Striving,” “Living and Dying.”  The book opens with the Centennial Exposition in Philadelphia in 1876 and ends with the Panama-Pacific Exposition in San Francisco in 1915.  On the eve of the First World War, Schlereth writes, “Americans played more, put greater stock in education and engineering, and found themselves living in a culture more homogeneous and urban, more incorporated and interdependent, than their counterparts who had visited Philadelphia in 1876.”  In 1915 the sun was setting on American isolation and innocence, an underlying theme of E.L. Doctorow’s great novel Ragtime.  The San Francisco Exposition, according to Schlereth, “reflected a final sentimental, opulent display of American Victorianism.”  After that, the deluge.

My grandfather lived to see it all — the bloodbaths of two world wars, the Holocaust, the dawn of the nuclear age, the gargantuan horrors of Jim Crow.  But he did miss one truly momentous change.  Less than a month before my grandfather died, a 14-year-old black boy named Emmett Till was brutally tortured and murdered by white men in Money, Miss. Till’s sin?  He was accused of grabbing a white woman who worked as a cashier in a local market then whistling at her.  Till’s killers were acquitted.  In The Blood of Emmett Till, a new book by Timothy B. Tyson, Till’s white accuser, Carolyn Bryant, has finally admitted that she lied on the witness stand during the trial of Till’s murderers.  Bryant tells Tyson that Till never “grabbed her around the waist and uttered obscenities,” as she had testified in court.  Bryant added, “You tell these stories for so long that they seem true, but that part is not true.”

Two months after my grandfather died, Rosa Parks, a black seamstress in Montgomery, Ala., refused to give up her bus seat to a white passenger, as required by Jim Crow statues in place since the turn of the century.  A year-long boycott of the city’s buses by black citizens ensued, and finally, grudgingly, the Montgomery bus system was integrated.  Far more important, the death of Emmett Till and the courage of Rosa Parks provided the match that ignited the smoldering civil rights movement.

So my grandfather missed one of the most uplifting, violent, disappointing — and ongoing — narratives in all of American history.  Other than the civil rights movement, though, John Morris didn’t miss much.  His century was more than merely special.  It was an astonishment.

Essays Notable Articles
The truth is, my novel isn't selling, and it probably won't. There, I've said it. Eventually, a writer must accept rejection, accept the death of her first true darling, and move on. Can I face that sobering reality? Can I put my first book into the drawer, and shut it?
Essays Notable Articles
Edan Lepucki | 3 books mentioned 73 4 min read
● ● ●
Essays
Essays
Essays

Essays
The written word’s last big format change turned out to be a pretty big deal, fomenting revolutions and laying the groundwork for civil society, the scientific revolution, and nothing less than modernity itself.
Essays
C. Max Magee | 3 books mentioned 9 4 min read
Essays
I knew Elizabeth mostly as a poet. I would have liked to have known her better. She left behind images and metaphors, the music of her lines and stanzas. And more than that.
Essays
Geoffrey Hilsabeck | 3 books mentioned 1 7 min read
● ● ●
Essays Notable Articles
He never had a chance. Three men held him down while a fourth sliced his face. Afterwards, he was almost unrecognizable. They could have killed him but they wanted him to live, bearing his scars for the rest of his life. Everyone would know what that meant.
Essays Notable Articles
Stephen Akey | 3 books mentioned 11 20 min read
● ●
Essays
A woman becoming something else—a tree, a freak, a monster—reduces the risk of harm. It may even allow you to cause harm in return.
Essays
Julia Armfield | 3 books mentioned 2 5 min read
● ● ●