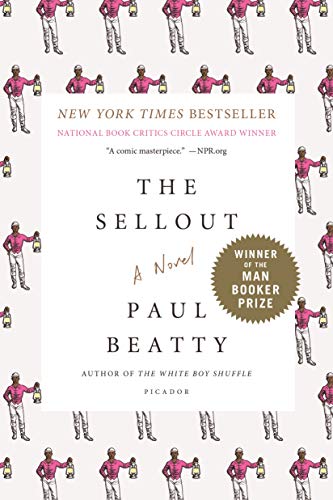 We spend plenty of time here on The Millions telling all of you what we’ve been reading, but we are also quite interested in hearing about what you’ve been reading. By looking at our Amazon stats, we can see what books Millions readers have been buying, and we decided it would be fun to use those stats to find out what books have been most popular with our readers in recent months. Below you’ll find our Millions Top Ten list for November.

How fitting it is for Don DeLillo’s Zero K to move on to our Millions Hall of Fame in this, the month of November, the time of no baseball and, thus, no Ks. (I will not apologize for this joke; No I Said No I Won’t No.)

Speaking of baseball, others have pointed out the accuracy of Back to the Future II‘s foretelling of our current American predicament — the Cubs winning the World Series; Biff Tannen ascending to a position of unimaginable power — and so in that regard, it’s fitting that an author who got his start around the time that movie came out would grace our latest Top Ten. Michael Chabon, of course, requires no introduction, and least of all from someone who’d build a strained Back to the Future II reference upon the foundation of a corny baseball joke. Nevertheless here we are.

Moonglow, is a welcome addition to this month’s list. In her preview for our site last summer, Tess Malone wrote:

We’ve all had that relative who spills their secrets on their deathbed, yet most of us don’t think to write them down. Chabon was 26 years old, already author of The Mysteries of Pittsburgh, when he went to see his grandfather for the last time only to hear the dying man reveal buried family stories. Twenty-six years later and the Pulitzer Prize winner’s eighth novel is inspired by his grandfather’s revelations. A nearly 500-page epic, Moonglow explores the war, sex, and technology of mid-century America in all its glory and folly. It’s simultaneously Chabon’s most imaginative and personal work to date.

A few weeks ago, Chabon expanded on this balancing act between novel and memoir in an interview for our site:

[Some people have claimed] that memoirs are more appropriate to the time we live in, but also superior to fiction. Listening to that kind of talk and seeing situations like the James Frey incident…The thing that made everyone upset was the fact that he had lied, you know? That he passed this thing off as true when it was a work of fiction was wrong. What pissed me off as a novelist was that he wrote it as a novel and nobody wanted to publish it. Then he relabeled it as a memoir and suddenly everybody wants to publish it and everyone wants to read it.

That offends me because I’m a novelist and writing novels is what I do. I take that personally on some levels. It also offends me because it’s bullshit. Memoirs are bullshit to some degree. I don’t mean memoirists are liars; some might be, most are not. I know memoirists try to be scrupulous and try not to deviate from what they remember. It’s the last few words of my sentence where the bullshit comes in. Of course what you remember is a lie or a distortion. It’s inaccurate, there’s conflation, there’s elision. There are gaps, there maybe things that you’ve deliberately forgotten and then forgotten that you’ve forgotten so that you sincerely think they didn’t happen.

Elsewhere on the list, a few titles jostled around, but nothing dropped out altogether. Stay tuned for next month’s list, which will likely be influenced by our ongoing Year in Reading series.

This month’s near misses included: The Daily Henry James, The Nest, Heroes of the Frontier, Seven Brief Lessons on Physics, and The Girls. See Also: Last month’s list.

The Beggar Maid: Stories of Flo and Rose
4 months

Draw It with Your Eyes Closed: The Art of the Art Assignment
2 months

Two books graduated to our Hall of Fame in January. We’re very proud to bestow the honor on our ebook original The Pioneer Detectives by Konstantin Kakaes. The book, which debuted in July 2013, is an ambitious work of page-turning reportage, the kind of journalism we all crave but that can often be hard to find. Filled with brilliant insights into how scientific discoveries are made and expertly edited by our own Garth Hallberg, The Pioneer Detectives is a bargain at $2.99. We hope you’ll pick it up if you haven’t already. Pioneer is joined in the Hall of Fame by another ebook orginal, George Saunders’s $0.99 short story Fox 8, which returned to our Top 10 for a seventh month in January after missing the list in December and therefore qualifies for the Hall.

Other than that, the list is positively gridlocked with several books staying put, including Donna Tartt’s The Goldfinch atop the list. Our lone debut is unexepected: Patti Smith’s memoir Just Kids. The National Book award-winning title has been popular among our readers for quite a while and was a “Near Miss” for several months on our list as recently as March 2011. The book likely got a boost thanks to Garth’s mention in his Year in Reading in December.

Incidentally, this also means that with the exception of Thomas Pynchon and the group-authored Draw it With Your Eyes Closed, our list is made up entirely of books by women.

Every Love Story Is a Ghost Story: A Life of David Foster Wallace
2 months

This Is How You Lose Her
2 months

Object Lessons: The Paris Review Presents the Art of the Short Story
1 month

Bring Up the Bodies
6 months

A Hologram for the King
3 months

Our hurricane-delayed Top Ten for October has arrived. This month we see a new Paris Review anthology land on our list. We recently covered its creation in an interview with one of the editors. Meanwhile, Dave Eggers’A Hologram for the King returns to our list after a month off wandering in the desert.

A Naked Singularity by Sergio De La Pava remains in our top spot (don’t miss Garth Hallberg‘s profile of De La Pava from June), and D.T. Max’s biography Every Love Story Is a Ghost Story: A Life of David Foster Wallace holds on to the second spot (read the book’s opening paragraphs), and Junot Díaz’s This Is How You Lose Her (our review) leapfrogs other big fall books to land the third spot.

We had two books graduate to our Hall of Fame: How to Sharpen Pencils by David Rees (don’t miss the hilarious, yet oddly poignant interview) and Stephen Greenblatt’s Pulitzer winner The Swerve: How the World Became Modern.