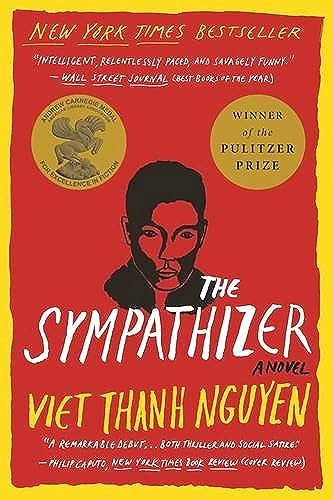 We spend plenty of time here on The Millions telling all of you what we’ve been reading, but we are also quite interested in hearing about what you’ve been reading. By looking at our Amazon stats, we can see what books Millions readers have been buying, and we decided it would be fun to use those stats to find out what books have been most popular with our readers in recent months. Below you’ll find our Millions Top Ten list for September.

The Sellout rocketed up our Top Ten this month, jumping from ninth position all the way up to third. In a few weeks, when longtime frontrunners The Sympathizer and Mr. Splitfoot retire to our Hall of Fame, look for Paul Beatty’s satirical novel to lead the pack.

Speaking of the Hall of Fame, both Girl through Glass and The Lost Time Accidents graduated this month, opening space for two new entrants on our list: Colson Whitehead’s universally acclaimed The Underground Railroad, and Jonathan Safran Foer’s somewhat less acclaimed Here I Am.

By now, Whitehead’s novel needs no introduction. The #1 bestseller has drawn praise from both Obama and Oprah, and in his review for our site, Greg Walkin noted how “Whitehead’s brilliance is on constant display” throughout:

After five previous novels, each very different, this is the only thing we can count on. It’s hard to imagine a new novel farther from Whitehead’s last, the zombie thriller Zone One. The Underground Railroad shares some features with his debut work, The Intuitionist, and his second novel, John Henry Days; both novels confront issues of race and American history through less-than-straightforward methods — a Whitehead signature.

Yet by contrast, Safran Foer’s Here I Am has drawn a wider spectrum of reviews, ranging from the simply mixed and relatively positive all the way over to Alexander Nazaryan’s Los Angeles Times piece, the thrust of which can be pretty well understood just from its title: “With joyless prose about joyless people, Jonathan Safran Foer’s ‘Here I Am’ is kitsch at best.”

Meanwhile, one title — The Nest — dropped from our monthly list, opening a spot for Claire-Louise Bennett’s Pond. In his review of the work for our site, Ian Maleney wrote that it “rests with no little charm somewhere between collection and novel without ever settling on one or the other,” and noted how “much of the book examines the strange process of alienation anyone might experience as they find themselves with time and space to interrogate their own behavior, private or otherwise.” That sounds appropriate for the start of Autumn, if I say so myself.

This month’s near misses included: Heroes of the Frontier, Signs Preceding the End of the World, The Girls, and The Queen of the Night. See Also: Last month’s list.