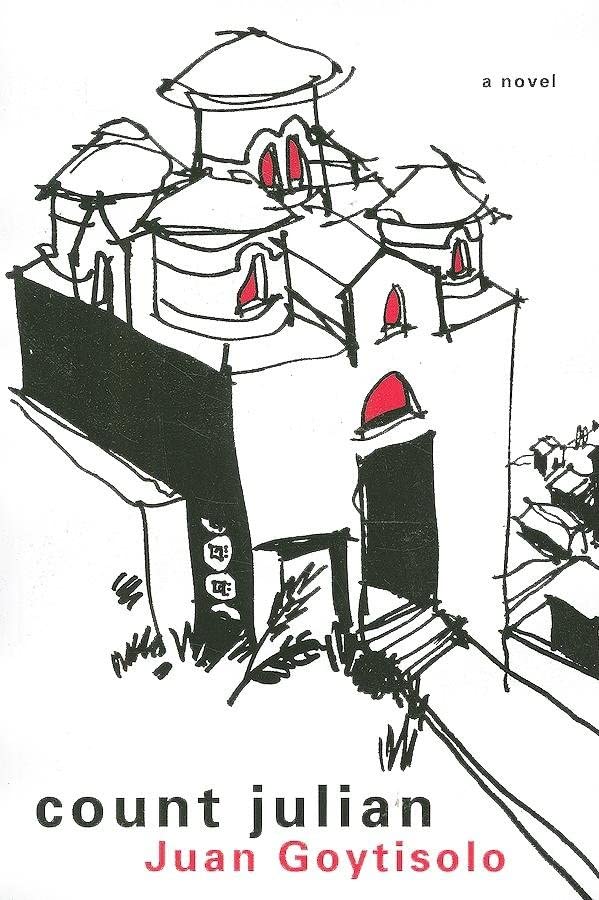 There used to be a series in the The Paris Review Daily on what writers see from their windows. I read every single entry available online and was struck by how much they revealed about the meaning of place and home, as well as about the comfort of constancy and familiarity. Every day these writers saw the same landscapes and objects within arm’s reach, and they knew where each piece stood and what language defined it.

In the opening paragraphs of Juan Goytisolo’s 1970 novel Count Julian, the narrator pulls the cord of the venetian blind and looks out the window. He is a Spanish emigré who is exiled in Morocco during Francisco Franco’s regime. From his house in Tangiers, he can see the mountains on the south coast of Spain across the sea: “one day, another, and yet another: ever the same: a predictable sharpness of contour, a mere cardboard model, in reduced scale, of familiar landscape.” Pulling the cord of the venetian blind to see that view is like being born again, “eyelids blinking frantically as the blinding sun streams in.” He is transported home, to a place of recognition: “yes, that’s really your homeland: moody, violent, within arm’s reach, as the saying goes.”

However, a few lines later, the narrator notices an unpredictable climate that surrounds the land, unexpected storms that serve as a reminder that Spain is now foreign to him. He is stuck on the opposite shore, free to go anywhere but to his estranged home. The ocean that separates them is both comforting and confining, an umbilical cord that ties the progeny to the mother’s womb. But Spain has been more of a stepmother country than a motherland to the narrator.

In his essay “Reflections on Exile,” Edward Said writes: “[Exile] is the unhealable rift forced between a human being and a native place, between the self and its true home: its essential sadness can never be surmounted.” The fissure between the narrator and his true home is too deep, and sore like “a badly infected open wound.” The narrator wants revenge against the culture that cast him out and decides to become Count Julian — an actual historical figure who was a traitor against Spain during the Moor invasion in the 8th century. He spends every waking moment planning another Moor invasion into the enemy coast. Julian, the narrator, wishes nothing less than complete desecration upon poisonous Spain.

As a novel in verse, Count Julian is perhaps better read out loud. Helen Lane’s translation from the Spanish captures the restlessness and the masterful syntax of this poet of broken verses. The narrative is filled with the breath of punctuation and yet it is relentless in its fragmentation. Just like the nature of exile itself, the narrative offers no relief, no place of rest: just fragment after fragment of dry landscapes, lonely characters, and rooms in disarray. Each sentence is stitched together with colons, with no capital letters or periods to emphasize a beginning or an end — a refusal to further disrupt a narrative of displacement.

The disjointed sentence structure of the novel is justified: The story does not narrate events, but rather searches for what is not known within the very language of the telling, the feeling of aporia. What the narrator can’t comprehend is the contradiction, the desire to punish his motherland for banishing him. He longs for Spain just as much as he resents it. At one point, he admits that he lacks the language to denounce his own origins: “you lack a language, Julian! […] / Hispanos proudly proclaim / that language is their very own private property / it is ours, ours, ours, they say / it is we who created it / it belongs to us / we are its masters.”

Julian wishes his language were neutral:

soaring falcon, noble Poet, come to my aid: bear me aloft to the realm of more luminous truths: one’s true homeland is not the country of one’s birth: man is not a tree: help me live without roots: ever on the move: my only sustenance your nourishing language: a tongue without a history, a hermetic verbal universe, a shimmering mirage: a lightning bolt or a scimitar: the Word freed after centuries of bondage: the illusion of the bird who flies into the canvas to peck at the painted grapes: language-as-transparency, language-as-reflection…

Language without heritage or memory, language as nourishment. Julian’s plea is one for acceptance, for freeing himself from the binding contract of place and culture.

Goytisolo writes that “the life of an emigré of your stripe is made up of a discontinuous series of events that are very difficult to assemble into a coherent whole.” The goal is to glue the pieces back together. Julian feels that has been “dropped out from the march of history: […] having just climbed off the train that is laboriously chugging ahead, slowly but surely.” In the end, the book goes back to the same room where it begins, but with the added promise of repetition: “as you know all too well: tomorrow will be another day, the invasion will begin all over again.” This is a book about the discontinuity of lives, but also about the possibility of continuing to unpack layers. There is no beginning or end to the train of history; it keeps marching forward. History, much like living, is a continuous experience.

Bruna Dantas Lobato is an intern for The Millions. Her writing has appeared or is forthcoming in BOMB, Ploughshares online, Music & Literature, Words Without Borders, and elsewhere. She is currently the assistant fiction editor for Washington Square Review. She tweets at @bdantaslobato.