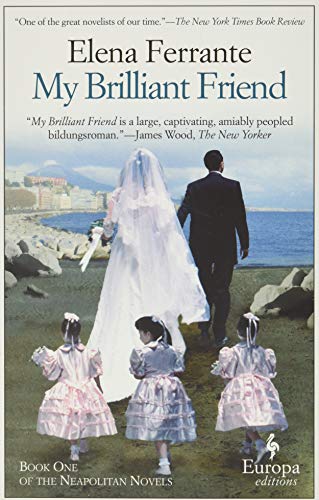 We spend plenty of time here on The Millions telling all of you what we’ve been reading, but we are also quite interested in hearing about what you’ve been reading. By looking at our Amazon stats, we can see what books Millions readers have been buying, and we decided it would be fun to use those stats to find out what books have been most popular with our readers in recent months. Below you’ll find our Millions Top Ten list for May.

May has come and gone, and the weather is warming. But is that due to the Earth’s orbit around the sun, or is it due to the amount of energy being expelled by Millions writers hard at work at the upcoming Great Second-Half 2015 Book Preview, which will hit these pages in about a month? My guess is the latter, but in the mean time, grab a drink and stay cool.

This month, Anthony Doerr’s Pulitzer-winning novel, All the Light We Cannot See, has vaulted into our Hall of Fame. It’s a book that our own Michael Bourne rightly called “a literary sensation,” albeit one that, at first glance, did not have the makings of a smash hit. As Bourne explained it:

This is a 500-page novel about a war increasingly few Americans are old enough to remember, in which not one of the principal characters is American. This is a recipe for a well-regarded literary novel, perhaps even a prize-winning critical darling. But a breakout bestseller so popular it leaves Amazon’s vast warehouses empty of copies at Christmas? Not likely. So what then explains the success of All the Light We Cannot See? It all, I would argue, comes down to Doerr’s sentences, in particular his masterly use of nouns and verbs.

You’ll have to check out the rest of the review for some examples. (Or you could check out both of Doerr’s past Year in Reading entries, too: 2010; 2014.)

Meanwhile, Elena Ferrante continues her reign atop our Top Ten list, and My Brilliant Friend looks poised to join our Hall of Fame in June. More than likely, it’ll be accompanied by The Strange Library and Dept. of Speculation.

The lone newcomer this month is Tom McCarthy’s latest novel, Satin Island. A few months back, here’s what our own Garth Risk Hallberg had to say about it:

McCarthy’s fourth novel introduces us to a “corporate anthropologist” struggling to wrest an overarching account of contemporary existence from a miasma of distraction and dream. Perhaps he’s a stand-in for your average internet user. Or novelist. At any rate, expect ideas and delight in equal measure (assuming there’s a distinction); McCarthy’s reputation as a “standard bearer of the avant-garde” underrates how thoroughly he’s mastered the novelistic conventions he’s concerned to interrogate – and how fun he is to read.

Certainly sounds appealing. Join us next month, but remember: with the Great Second-Half Preview on the horizon, it’ll be a good idea to keep some space open on your “to be read” pile until that’s posted.

Near Misses: The Familiar, Volume 1: One Rainy Day in May, The Paying Guests, Everything I Never Told You: A Novel, To Rise Again at a Decent Hour, and My Struggle: Book 1. See Also: Last month’s list.