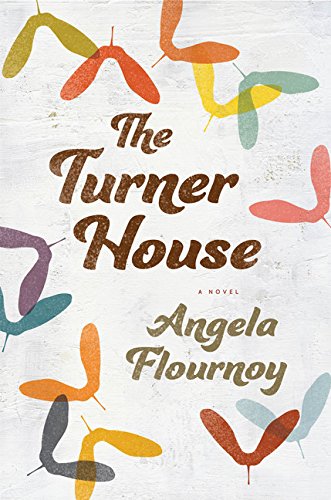 Last year I agreed to take on the impossible challenge of singling out the 10 best books about my hometown, Detroit. It was impossible because the Motor City, justly famous for its cars and its music, its muscle and its misery, has also inspired a rich literature — fiction, poetry, history, biography, autobiography, reportage. Undaunted, I picked works by Elmore Leonard, Philip Levine, Loren D. Estleman, Anna Clark, Donald Goines, Mark Binelli, Nelson George, and others, with honorable mention to Thomas Sugrue, Joyce Carol Oates, Scott Martelle, and Ze’ev Chafets.

I’m happy to report that there’s a new applicant for membership in this august club. She’s a young writer named Angela Flournoy, and her debut novel, The Turner House, belongs on the shelf with the very finest books about one of America’s most dynamic, tortured, and resilient cities.

The novel’s title refers to the crumbling edifice on Detroit’s crumbling East Side where Francis and Viola Turner, transplants from Arkansas, raised their rumbustious brood of 13 in a state of scrappy but not unhappy near-poverty. It’s now 2008. Francis is dead, Viola is fading, and as a brutal recession bears down and the city skids toward the largest municipal bankruptcy in American history, the Turner children are scrambling to figure out what to do about the empty family manse. It may be their “sedentary mascot” and their “coat of arms,” but it’s worth about one-10th of what’s owed on it. The debate about the house’s fate hangs over the novel because, like the city that shaped them, the Turner children are a squabbling, nurturing, demanding, forbidding, and complicated crew. This is Detroit. Nothing is simple.

The novel opens on the night in 1958 when the first-born Turner child, 14-year-old Cha-Cha, does battle with a ghost — a haint — that tries to drag him out of his bedroom window. Though several of his siblings witness Cha-Cha tussling with the milky blue spirit, their father lays down the law: “Ain’t no haints in Detroit.”

Years later, Cha-Cha is revisited by the haint while driving a truckload of Chryslers to Chicago, and the resulting accident changes his life. His employer sends him to a shrink named Alice Rothman, whose erotically charged therapy sessions will send ripples through Cha-Cha’s marriage and his relations with his mother and siblings. Cha-Cha’s obsession with finding out the truth about the haint will tear at the fabric of this tight-knit, combative family.

Flournoy, according to the flap copy, is a graduate of the Iowa Writers’ Workshop, and she was raised in southern California by a mother from Los Angeles and a father from Detroit. So the vividness of the writing here comes not through lived experience, but through the assimilation of stories told by a parent and other relatives. There are many sentences that nail a sense of place with a precision long-time Detroiters like Elmore Leonard or Donald Goines would have envied: “The last time Lelah saw Vernon, some eight years earlier, he’d been nodding off in the freezing rain on a curb in front of a twenty-four-hour Coney Island on Harper.” And: “The coffee made him jittery by the time work was over, and to help him relax he frequented a blind pig on Saint Antoine and Gratiot where for a nickel a day he rented a little locker to store his own hooch.” Here’s Troy Turner, a Detroit cop, discussing the endemic corruption in city government: “That’s what’s wrong with this city; it ain’t about the mayor. Too many people busy hoping shit will get better to actually figure out a way to make shit better.” And here’s Francis’s baptism when he arrives, alone, in the 1940s looking for work: “After a few thrilling binges of liquor and nightlife, Francis had learned that Detroit, with its overcrowded tenements and crooked bosses and exclusive restaurants downtown, was a lonely, backbreaking city.”

There are cracklingly alive scenes inside pawn shops and factories, casinos and living rooms. Flournoy has a deft touch with the verbal and psychological sparring between spouses, siblings, and parents and children. My two favorite Turner siblings are Cha-Cha, the tortured eldest, and Lelah, the baby with a gambling problem. This is, in the best sense of the word, a domestic novel.

One of Flournoy’s great achievements is that she doesn’t draw attention to the fact that virtually every one of her characters is black. This is just part of the novel’s oxygen and furniture, a Detroit given. Therein lies its quiet strength.

But there are missteps. The constant cutting back and forth in time, between 2008 and the 1940s, becomes a distraction — even though those early years, both in Detroit and Arkansas, are crucial to the story. Maybe the two eras could have been stitched together differently. This is not a plot-driven story, but at times the narrative sags. And while I’m no fan of overly tidy endings, I felt that the climactic family reunion was strangely cursory, and the story shuffled to its conclusion.

None of that takes away from the fact that Angela Flournoy is an exciting new talent whose debut has enriched Detroit’s flowering literature. Read The Turner House, and I’m sure you’ll join me in waiting, eagerly, to see what its gifted author comes up with next.

The “Machine” in the title of Tracy Kidder’s Pulitzer Prize-winning book from 1982 is a minicomputer, but for anyone reading it now, it might as well be a time machine. The Soul of a New Machine takes the reader back 27 years, but in terms of the technology that is central to the book, it feels like we’re going back eons. Kidder’s book, once a riveting look into a fast-growing and mysterious industry, now reads as history. Kidder’s subject is a team of engineers at a now gone company called Data General (it was bought out in 1999). Under the brash instruction of their leader, Tom West, the engineers set out to design a computer even though the head honchos at Data General have put their support and resources behind another group. West’s Eagle group – made up of young, brilliant engineers – comes out on top. Though this book is quite dated now, I enjoyed it for a couple of reasons. Computer technology is so commonplace now that it is a part of our landscape, both essential and taken for granted. It was interesting to look back to a time before we had computers on our desks and in our pockets, when computers were as mysterious and awe inspiring as putting a man on the moon. The book was also compelling as a collection of character studies and a treatise on business theory. Kidder does a good job of putting the reader in the basement of the office building where this computer was born. If you’re interested, an excerpt from the book is available.

Reviews
Reviews
While Bruce is too often a workmanlike affair, one comes away from this new Springsteen biography happy that its author had the good sense to get out of the way and just let Bruce be Bruce.
Reviews
Michael Bourne | 1 book mentioned 1 6 min read
● ● ●
Reviews

Andrea Levy’s Small Island is a post-colonial novel told from four points of view. Queenie and Bernard, separated by war, are a British couple with a tepid relationship and Hortense and Gilbert are Jamaican, married out of convenience and lured to England by opportunity. The book explores British racism in the 1950s. It’s less overtly ugly than its American cousin, but it nonetheless dictates the borders of the lives of Gilbert, Hortense and their fellow immigrants. Britain, long the colonizer, renowned for her Empire, in Small Island has reached a point where it would like to forget about the past and start from scratch. This time all these people of different colors can stay in their own lands. But, of course, this is not an option. Instructed by centuries of colonialism to believe they are British subjects and stirred up by the global tumult of World War II, immigrants from all over the world resettle in their “Mother Country.” Nearly all of the white folks in the book are like Bernard, dismissive and even affronted by the arrival of darker people on their shores. They stare, heckle, slam doors and on occasion take a swing at these people. It matters not that thousands of Jamaicans fought along side the British during the war. It is telling that most of the British folks Gilbert interacts with think that Jamaica is in Africa. Queenie, however, is the anomaly and perhaps even a cliche since so often these novels of race relations have at their center an enlightened white person. But luckily Levy gives her sufficient depth to carry a large chunk of the novel. What sets this book apart, and what probably helped Levy win awards for it – the Orange prize in 2004 and then this year’s Orange “Best of the Best” – was her ability to imbue each of the four narrators with his or her own voice. Gilbert and Hortense speak with the native rhythm of their home island, Bernard’s voice is pinched and fidgety, and Queenie is the voice of hope and happiness. Though the chapter headings indicate who will narrate each chapter, the voices are so distinctive that this touch is unnecessary.