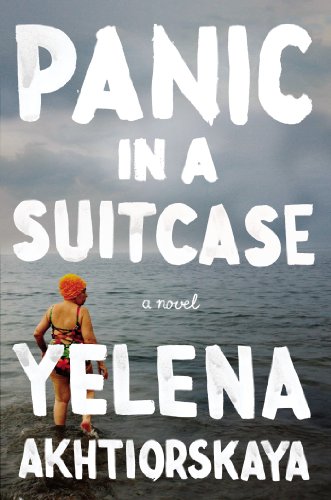 1.
One morning a few months ago, I purchased a large coffee from a small boutique café in Prospect Heights, took the Q line from 7th Avenue 15 stops into Brooklyn and half an hour later was standing on a boardwalk sipping the coffee in what might as well have been a different country, but wasn’t — it was Brighton Beach. Old men in undershirts and short shorts sat on benches eating cold cuts; middle-aged, heavily made-up women in neon jogging suits strode past, smoking and speaking Russian; balding men in leather jackets sat on restaurant porticos with beer or bottles of vodka on ice; small children wandered by. To my right, the buildings and playground were nondescript concrete creations. To my left, the dome of the sky was azure and unclouded, the beach and ocean sparkled bright white in the sunlight. The air had the curt, chilled undertow of early April. So did the people.

I’d come to Brighton, the city’s epicenter for Eastern Europeans who’d emigrated after the fall of the Soviet Union, to get interviews for a piece I was writing about anti-Putin activism, but no one would talk. Not the two Ukrainian girls standing outside a restaurant; not the Estonian women in the VHS section of the Russian-language bookshop; not even the heavy blonde Moldovan waitress who gave me my only quote, which was actually an anti-quote: “It’s very quiet here, no one cares about politics. For that, go to Manhattan. This is Brighton Beach.” The immigrant community was separate and impenetrable; a strange land of the old and young, of retro leather jackets and cigarettes, of alarmingly bright, open skies and beaches; none of it quite real to someone like me, at least compared to the roiling intensity of life in millennial Brooklyn.

Yet “roiling” exactly describes Yelena Akhtiorskaya’s Panic in a Suitcase, a novel of Brighton Beach and Odessa set in 1993 and 2008. Akhtiorskaya, a Columbia University MFA graduate who emigrated from Odessa in 1992, aged seven, is not interested in Brighton Beach’s sociology. She’s interested in the domestic life of three generations of a single immigrant family living there. It’s this route — from the inside out — that she takes to drag the churning hopes, terrors, delusions, and disillusions of emigration in late-capitalist America to the surface. Her subject isn’t Brighton Beach’s glassy beaches and ocean, or its smoky avenues and social distinctions, it’s the place’s id.

2.
The specimen family, the Nasmertovs, are impressively credentialed Ukrainian Jews: father Robert is a retired surgeon and his wife, Esther, a former pediatrician; their son, Pasha, is an impoverished but respected poet in his late 30s; daughter Marina is pursuing a degree in nursing and her husband, Litvak, tolerated mostly for his practicality, is a junior level computer programmer. The family has already decided that Marina and Litvak’s young daughter, Frida, will attend Harvard Medical School. Credentials aside, their social strategies with each other are familiar ones: the overbearing mother infiltrating every corner of her son’s life with mixed success; the recessive father currying secret hopes for his children; the talented, self-obsessed older son; the responsible, resentful younger daughter and her subpar husband; and the loved yet half-neglected grandchild, repository of the family’s American dreams, nursing her own quiet grievances.

These are relationships heightened by extreme dislocation: two years into the United States, the Nasmertovs are so deeply uprooted that they’re functioning based on vestigial impulses they rarely question. “Until two years ago,” for instance, “the future of Odessa had been in Esther’s hands — all the children were under her care.” Now “the phone calls weren’t for Esther, but she answered anyway and attended to household duties as if they were children with fevers and murky urine, hoping to show how irreplaceable she was.” Similarly, the driving action in Part One, set in 1993, is the family’s efforts to lure Pasha, still living in the family dacha in Ukraine, to America, even though, in their quieter moments, they’re not sure if they even want him there: wouldn’t it be easier for him to stay in Odessa, preserving their peace of mind that home still exists?

Akhtioriskaya reworks these familiar conflicts and personalities into a series of intricately rendered, unpredictably plotted, bitingly ironic set pieces: a day at the beach that ends in a storm; a weekend trip to the countryside where Pasha and Robert strand themselves on a lake; a surreal drinking session with a Harvard professor who’s translated some of Pasha’s poetry and whom the family hopes will secure Frida a spot there in 10 years. Each event careens close to disaster, as the characters spiral into their private irritations and second-thoughts, mostly to conceal the fact that they have no idea of how they ended up in this mess. But the pervading sense of drift, a constant of their new life, hits unexpectedly, in quiet moments, before they can defend themselves. Frida, bathing, suddenly thinks that “the walls of the bathtub were rounded and white like distant mountains” and “for a moment she felt as if her surroundings were open and vast, in contrast to her days, which were crowded with buildings and shadows.”

Like her characters’ mentalities, the world Akhtiorskaya depicts is a jumbled yet mechanistic one, full of tumultuous activity that ends up signifying nothing at all, for instance the storm on the beach:

The rest of the world disappeared. People gathered, grabbed, collected. The sky, done stewing, began to crumble on raw, sunburned shoulders. Hunks of ice the size of pinecones. The more it came down, the darker the sky turned, like those who grow angrier as they rage.

But the storm “burned itself out in less than half an hour.” This, at maximal metaphorical velocity, is Akhtiorskaya’s worldview, or at least her view of emigration in late 20th-century America. Everything feels significant, but, in practice, life is cyclical rather than linear: storms come, storms go, aspirations don’t become reality and personalities don’t improve, they just flat-line.

3.
Flat-lining is the status quo at the book’s halfway point, which begins in 2008. Crumbling Old World Odessa is capitalizing under the direction of the oligarchs while New World America is meritocratized and corporatized, the children of the upper-middle class prospering while everyone else struggles for health insurance and watches TV. In neither place is there space for new arrivals or old hangers-on to forge lasting communities or satisfying careers. In place of the ideal, Akhtiorskaya’s characters have settled for provisional satisfactions and certainties. Romantic Pasha clings to the vanishing old world in Odessa; practical Marina looks for satisfaction in shorter-term American aspirations, like a day at the spa; and 23-year-old Frida, who doesn’t like medicine, attends a small medical school in the middle of nowhere.

This halfway mark is also the point where the stakes of the novel clarify. In Part One, panic overwhelms everything: the characters’ emotions are extreme and understandable, but their individual psychologies remain blurred. In Part Two, 15 years removed from the shocks and illusions of emigration, the Nasmertovs can begin to take stock of what to do next in these strangely changing worlds. Pasha and Frida step to the fore, guiding the novel with the perceptions of an accomplished, disillusioned artist and a barometrically sensitive 23 year old. If Part One was a necessarily disjointed chronicle of alienation, Part Two is about the struggle for connection and, more interestingly, about the kinds of connection we can and can’t expect from people. Frida, for example, will always have her mother Marina’s love, but her mother was the same person who forced her into medical school: for salvation from that particular fate, she needs to strike out on her own, or form a new bond.

Frida’s presence hints at the other reason the book gains strength in its second half. Akhtiorskaya, the watchful 29 year old on the back jacket, was a fully aware human being in 2008, whereas her knowledge of what it was like to come to America in 1993, when she was eight, would have come mainly secondhand. Her distance shows: younger Pasha and Marina and Robert and Esther never quite transcend their quirks to become fully realized human beings. But shortcomings like this are the unavoidable cost of the book’s ambition, which is seismic: crystallizing the experience of three generations, two countries, and an overlooked immigrant community in 300 pages of muscular, unpredictable prose.

The obvious corollary for a book of this scope and subject is the work of Junot Diaz, which details the overlooked Dominican American diaspora to Washington Heights and back to the Dominican Republic. But Akhtiorskiya’s approach to immigrants commuting between homogenizing homelands is less assured and less brutal: her descriptions are more intricate, her characters’ resentments more tempered, her conclusions less definitive. She doesn’t foreclose the possibilities of finding satisfaction in or between these worlds, as Diaz sometimes seems on the verge of doing. She just indicates that, in this age, the route is more loaded with ambiguities and caveats than an outside observer could possibly imagine. When I think of this book, running parallel in my mind is the placid, exotic, almost sentimental otherworldliness of the Brighton Beach I thought I’d found. The truth of the place is, like all of our truths, more alive and much stranger.

Matthew Wolfson is a writer living in New York. His writing has appeared in publications including The Los Angeles Review of Books, The New Republic, Salon, The San Francisco Chronicle and Prospect Magazine.