Traver Kauffman is the proprietor of the blog Black Garterbelt.

Oh the Things You Can Think, Dr. Seuss: Many of my reading choices are dictated to me by a extremely repetition-tolerant two year old, and I’m bloody well sick of most of her library. Try as I might, however, I never tire of this one, a book that exists for no reason other than a delight in invention and wordplay.

Everyday Drinking, Kingsley Amis: Kingsley Amis is the Virgil of boozing. Of course, given Amis’s long, alcohol-related decline, the whole charming bon vivant routine here comes with the queasy sepulchral undertone that you’re burdened with when you have lived beyond the sad ending of someone else’s story. Christopher Hitchens’s Introduction gives this a nod, acknowledging that “the booze got to [Amis] in the end, and robbed him of his wit and charm as well as of his health.” But so it goes, shrugs Hitchens, who ends by quoting Churchill on the benefits of drinking. In some circles, this is known as the Gentleman’s Godwin.

Deciderization 2007 – a Special Report (David Foster Wallace’s introduction to The Best American Essays 2007): Here again, I suffer a twinge of sadness as I read along, even if it’s better to try and forget and simply enjoy DFW at his open-hearted best. On the other hand, with DFW so carefully dissecting what it’s like to try to think and live in the face of Total Noise – his coinage describing “the sound of our U.S. culture right now, a culture and volume of info and spin and rhetoric and context” that’s too much for a person to absorb and decipher in any meaningful way – how could I fail to extrapolate the author’s desperate final act from the lament expressed here, in spite of myself? 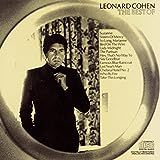 The Best of Leonard Cohen (Liner notes): I paged through the booklet to this CD this summer while at my horrific, short-lived corporate job, looking for any kind of relief. I was supposed to be working. Other than lyrics and song rights, you get notes penned by Cohen for each song, which typically amounts to a few sentences. Some of these are straightforward and utilitarian, some lyrical, and all of them are pretentious in one way or another. I guess I’m trying to say that Cohen’s project here is demystification and the re-mystification at the same time. Several of the blurbs work as exquisite short fiction. My favorite is the entry for “Hey, That’s No Way To Say Goodbye”: This song arises from an over-used bed in the Penn Terminal Hotel in 1966. The room is too hot. I am in the midst of a bitter quarrel with a blonde woman. The song is half-written in pencil but it protects us as we manoeuvre, each of us, for unconditional victory. I am in the wrong room. I am with the wrong woman.

2666 (The first 250 pages), Roberto Bolaño: “She had a hoarse, nasal voice and she didn’t talk like a New York secretary but like a country person who has just come from the cemetery. This woman has firsthand knowledge of the planet of the dead, thought Fate, and she doesn’t know what she’s saying anymore.” Yep.

Traver Kauffman is the proprietor of the blog Rake's Progress.

This was the year I played catch-up. My failing as a reader has always been my near-total ignorance of contemporary authors (say, those that emerged in my own lifetime). That all changed this year thanks to some wonderful recommendations from my Millions cohorts. In no time at all I was transfixed by Alvaro Mutis (The Adventures and Misadventures of Maqroll) and captivated by Jeffrey Eugenides (Middlesex). I delved further into Ryszard Kapuscinski (Imperium), feasted on a trio of novels from the wonderful William Boyd (Brazzaville Beach, Blue Afternoon, Armadillo), and finally read Jonathan Franzen (The Corrections), Edward P. Jones (The Known World), and T.C. Boyle (The Tortilla Curtain). Most if not all of these have been written about by either Max or Emre so I’ll just echo them and say READ THESE.To this list I’d like to add one of my own. I was blown away, earlier this year, by the young Thai-American writer Rattawut Lapcharoensap and his short story collection Sightseeing. Set in Thailand, the seven stories present a vivid and engaging depiction of families and friends and day-to-day life. The locale is exotic, the sounds and smells permeate the pages, but the relationships are familiar, universal. It was a treat to read. [See also: Andrew’s review of Sightseeing]