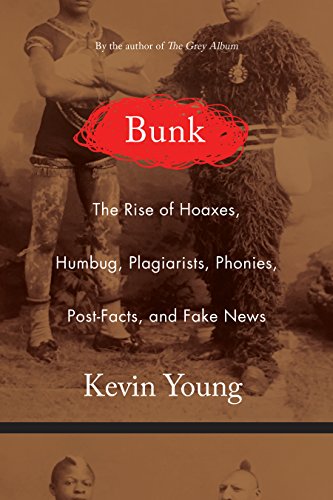 The June 1999 issue of Esquire was full of essays about fathers: Joe DiMaggio, Johnny Cash, and Nasdijj. “The Blood Runs Like a River Through My Dreams” was Navajo writer Nasdijj’s dizzying, heartbreaking essay about his young son, who had died from fetal alcohol syndrome. Nasdijj’s essay was as pithy as his cover letter to the magazine, which claimed “In the entire history of Esquire magazine, you have never once published an American Indian writer. This oversight is profound.”

Nasdijj claimed that Esquire was only his second publication; the first was a fishing story for Gray’s Sporting Journal. Nasdijj’s essay was a finalist for a National Magazine Award, and soon became a memoir; The New York Times called it “a fascinating book, unlike anything you are likely to have read.” A book that “reminds us that brave and engaging writers lurk in the most forgotten corners of society.” Two more memoirs, and more critical acclaim, followed.

The truth also followed. Nobody named Nasdijj had ever published a fishing story in Gray’s Sporting Journal, but in September 1996, “The ‘Hemingway’ Boat” had been published by one Tim Barrus. Barrus, it turns out, was Nasdijj. A white writer, not a Navajo writer.

“The hoax warns us without warning and informs us without informing,” writes Kevin Young in his new book Bunk: The Rise of Hoaxes, Humbug, Plagiarists, Phonies, Post-Facts, and Fake News. Young is a fine poet—incoming poetry editor of The New Yorker, no less—and his often recursive, textured prose is the perfect delivery for the cyclical nature of literary lies.

Of Barrus’s Hemingway story—another not-so-true tale—Young writes “by claiming Hemingway, Barrus was claiming a connection to the past and Papa and to literature itself. Hemingway would sometimes play soldier (though he really was one), matador, revolutionary, but he was also an actual journalist, drawing fairly clear borders between fiction and non. The writers who followed, especially male writers, would often struggle with Hemingway’s style and lifestyle, mistaking one for the other—and many, from Clifford Irving to James Frey to Barrus, would eventually turn to hoaxing to find their way.”

Bunk is teeming with these types of insights. As a poet and historian, Young has the particular skill of seeing the unseen. He understands that at the heart of every lie is a good, perhaps great, story. Often the act of story is the act of persuasion, hypnosis, delusion. For better or worse, we love to be lied to if the song sounds good.

Because the hoax is not a lone performance, it needs an audience. In describing literary forgeries, Young writes the hoaxer must fake “a document as well as a backstory—providing a collaboration between present and past, the hoaxer and the audience …for the forger, like other hoaxers, seeks to make the audience complicit.”

It is this well-made point that will make attuned readers of Bunk cringe. We’ve bought half or quarter truths—especially when those lies varnish our biases, our ideologies, our hopes. Young cautions this is not a new phenomenon. Bunk is certainly fascinating in the light of our current post-truth world, but Young demonstrates how lies, frauds, exaggerations, and misinformation are a particularly American exercise—baked into the republic from the years of P.T. Barnum on forward. The digital age continues to blur reality, performance, and hoax, but with greater speed and range.

Bunk contains a laundry list of charlatans, including Rachel Dolezal, Stephen Glass, James Frey, and Laura Albert. But what is most powerful is Young’s examination of American lies about race. Barrus was simply one of many who have taken up the identity of a Native person. There is a particular insidiousness at play here, Young offers. When a hoaxer performs as a person on the margins, “hoaxers erase those their story purports to represent.”

These are not small sins. They are not postmodern play at the malleability of the Author. The appropriation of another’s identity is a continuation of history. Young connects the unfortunate tendency of white writers to take on Native identities as part of the “sideshow attraction” trend: “Besides reinforcing notions of the West as a continuous battle and justifying Native displacement and death, the Wild West show also cemented the figure of the imaginary Indian—a decidedly Plains Indian look, complete with war bonnet—that would prove dominant in popular thought and in the broader West ever since.”

Stories write our history. Stories write our culture. Once sewn into that history and culture, the hoax and the lie are almost impossible to separate from the truth. They become part of our fabric.

In Bunk, Young might just have written the most important book this year. Sadly, his book suggests that we might make the same statement for 2018—and the next year, and the next.