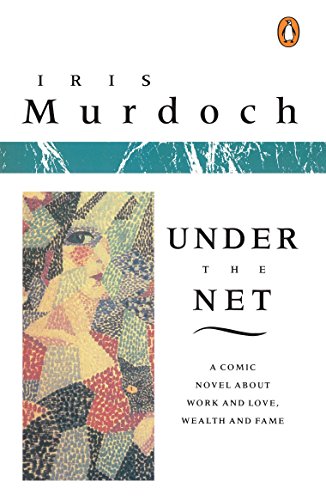 Artists are often mythologized for their neuroses—picture James Joyce scrambling to the printer with corrected pages of Ulysses or Orson Welles toiling over his unfinished feature length of Don Quixote. Following the release of his seventh studio album, The Life of Pablo, Kanye West continued tweaking the supposedly finished product for several weeks. Track titles and lyrics changed. New guests appeared throughout the album and some songs were divided into new tracks entirely. West tweeted that Pablo was a work of “living breathing changing creative expression,” giving critics ample room to ponder the plastic nature of art and the definition of completion. Pablo became more than a well-received addition to West’s eclectic discography—it also became an experiment on the revision process itself.

Modern technology has made it possible to hone published work on an ongoing basis. Whereas one cannot edit typos or misinformation from print in real-time, Internet content is rife with constant revision and deletion, both by artists (writers, videographers, graphic designers, etc.) and publishers. The public stream of information and opinion is in perpetual update, so that the final product is often never, in fact, final. While many editors are hesitant, if not flat out resistant, to altering published work, certain exceptions are granted as new information becomes available; the wiggle room for limitless amendment lends itself to the indefatigable 24-hour news cycle, because accuracy is subject to change.

When Iris Murdoch published her first novel, Under the Net, in 1954, she seemed to recognize the inherent permanence of her creation. The book is padded with graceful examinations of the imperfections of the written word. Indeed, the book’s title, a direct reference to the restrictions of language, also hints at the author’s own feelings of being trapped, caught beneath the confines of the finished manuscript.

She not only gives credence to the idea that a finished product gains value simply in its own completeness, but also warns that—while flawed—language is the best tool we have for shaping universal understanding. No matter its complexity, language never serves as a perfect representation of sentience, but it does make the world navigable.

While Under the Net is considered a picaresque novel, following the exploits of down-and-out writer Jake Donohue as he tries to find housing and make a living in London, Murdoch deftly weaves complicated ideas about nominalism and the philosophy of universals throughout the text, making the value of language central to Jake’s dilemma. Jake’s adventures send him rubbing shoulders with mimes, translators, and fellow novelists, all of whom reveal different perspectives on art, communication, and mediums of representation.

Murdoch lays this groundwork on several levels, both through direct plot work and more abstract considerations. Most prominently is Jake’s self-prescribed falling out with a close friend, Hugo Belfounder, because Jake is afraid Hugo will hate how he is depicted in Jake’s fictional novel, The Silencer. Clever title aside, The Silencer is Jake’s attempt to recreate lengthy intellectual conversations he had with Hugo while they were both subjects in a medical experiment. Hugo believes language is intrinsically corrupt, and, after The Silencer’s publication, Jake avoids him due to resounding feelings of guilt.

As a fireworks manufacturer, Hugo’s occupation is also of symbolic importance. Jake opines, “There was something about fireworks which absolutely fascinated Hugo. I think what pleased him most about them was their impermanence. I remember his holding forth to me once about what an honest thing a firework was.” Like a casual conversation, a firework’s ephemeral nature results in its details fading into the darkness. It’s Murdoch’s sly demonstration that she is not only interested in language as an imperfect attempt to recreate thought, but also in the inherent lying and generalizing that comes along with being a writer.

It’s unsurprising then that Murdoch’s most direct theorizing takes place at the meta level within dialogue found in The Silencer. This layering grants Murdoch a certain level of distance from the prose itself, deflecting any fault in language to her fictional protagonist. In the passage given, Annandine, a thinly veiled version of Hugo, explains to Jake’s stand-in, Tamarus:

‘What I speak of is the real decision as we experience it; and here the movement towards truth. All theorizing is flight. We must be ruled by the situation itself, and this is unutterably particular. Indeed it is something to which we can never get close enough, however hard we may try, as it were, to crawl under the net.’

Tamarus, on the other hand, believes language is a necessary social currency for civilization. In this debate—dialogue in work of fiction found within a work of fiction—Murdoch is perhaps providing clues to her own insecurities and artistic compromises as a debut novelist. Time and time again, she appears to forewarn readers of the flaws she sees in her own work. Ironically, Under the Net would end up being one of her best-received novels.

Of course, one of the tragic realities Murdoch also appears to recognize is that this burden weighs heaviest on the author herself. When Jake finally confronts Hugo near the work’s end, expecting to be harangued for his betrayal, Hugo instead says, “I forgot, really, what we talked about then, but it was a terrible muddle, wasn’t it? Your thing was so clear. I learned an awful lot from it.”

Jake thus learns that Hugo’s memory of their conversations is as fleeting as his own. In this regard, it is primarily the author who knows what ultimately didn’t make the page, the musician who knows what tracks were cut from the album, or the director who knows which scenes didn’t make the final cut. The same could be said for visual artists, chefs, and anyone tasked with bringing a creative vision to fruition. That is to say the divergence of artistic vision and conception is often a deeply personal matter.

Murdoch’s fascination with language is particularly important in the ever-evolving landscape of communication today, for the themes in Under the Net dig at the core of contemporary attempts to defy archaic limitations on language. Paramount to this inquiry is the philosophical exploration of universals and generalizations. One could argue Murdoch attempted to assuage any potential negative criticism of Under the Net by denigrating the system necessary to the novel’s existence. Words simply don’t do justice to any memory, argument, or work of fiction concocted in the mind. Language is an inadequate but necessary solution for addressing our disparate versions of reality. Yet, if there is an unlimited set of resources available for this creation, along with malleable means of publication, then hypothetically artists could continue revising work for a lifetime in hopes of coming closer to perfection. But the long-term risks of consistent tinkering are aesthetic dilution, overwrought vision, and disparate focus. In other words, the project might become too extensive and ponderous to remain cohesive.

On some level, perpetual revision and authoritarian artistic control limit these stakes and extinguish the value and integrity of criticism. Consistent workshopping of a published project becomes a tiresome attempt to achieve universal subjective approval. Murdoch suggests that criticism is an inevitable part of any form of creation, and that accepting the limits of language is a reciprocal contract between the artist and audience.

Aram Mrjoian is a regular contributor at Book Riot and the Chicago Review of Books. His writing has appeared or is forthcoming in many other publications, including Colorado Review, Joyland, Kenyon Review online, Gigantic Sequins, The Masters Review, Necessary Fiction, and Tahoma Literary Review. He is currently working toward his MFA in creative writing at Northwestern University, where he is the Assistant Managing Editor at TriQuarterly.

Barack Obama gave a speech today taking on the complicated history of racial relations in America. Considering the how difficult a topic this is to tackle, it was a brave move. Embedded within the speech was a quote from Faulkner, “The past isn’t dead and buried. In fact, it isn’t even past.”Andrew Sullivan at The Atlantic ran a letter from a reader explaining why “what Obama was signaling – that his speech – and his candidacy – are about confronting history from a Faulknerian standpoint was, to me, the bravest thing he did.”This famous Faulkner quote was spoken by Gavin Stevens, “the intellectual, philosophical, and deucedly clever county attorney,” according to one reviewer at the time. Stevens turns up in several works by Faulkner, including the “Snopes trilogy” (The Hamlet, The Town, The Mansion) and stories collected in Go Down, Moses and Knight’s Gambit.Obama got the spirit of the quote right, though not quite the wording. It’s actually simpler and more stark: “The past is never dead. It’s not even past,” and it refers to the way in which history seemed to haunt Southerners. The quote is taken from Faulkner’s Requiem for a Nun, a book that is part prose and part play, a sequel to Sanctuary, and generally not considered one of Faulkner’s best works.Obama meant the quote in a sense that captures the spirit of Faulkner’s South, that the legacy of our country’s racial history is so present all around us that it can’t really be considered “past.” Interestingly enough, though, the phrase has been borrowed from time to time to refer to the way in which our political campaigns have a way of repeating themselves. In 2004, Robin Toner in the New York Times trotted out a variant of Faulkner’s famous line – “The past, in other words, is never really dead in presidential campaigns. It’s not even past.” – to cap off a column describing how the Republicans used very much the same gameplan in going after John Kerry in 2004 as they did Michael Dukakis in 1988.Perhaps more relevant to the current race was the prominent placement the quote was given by Time magazine’s neocon columnist William Kristol about a year ago. His take: “For major political parties, which outlive their individual leaders and partisans, the past is never dead.” He went on to posit that the ultimate nominees 2008 campaign would be in the mold of a pair of beloved, departed politicians, Robert Kennedy and Ronald Reagan. It’s looking possible that Kristol will be half right in his guess that the RFK legacy will be filled by Obama; Fred Thompson as Reagan reincarnate is looking less prescient, however.These examples, though they arise from a different context entirely, can nonetheless be contrasted with Obama’s wielding of Faulkner. In what might be called an echo of the central themes of his candidacy, Obama used the Faulkner quote not in terms of the political reruns that go on cycle after cycle, but in terms of facing up to – and trying to get past – a difficult history.