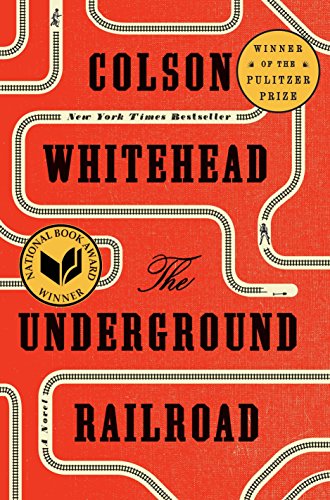 The Pulitzer jury named Colson Whitehead’s The Underground Railroad this year’s winner in the fiction category.

Ask a Book Question Prizes
Prizes
The Baillie Gifford Prize, which celebrates the best in nonfiction, was awarded to The Five: The Untold Lives of the Women Killed by Jack the Ripper.
Prizes
Jacqueline Krass | 13 books mentioned
● ● ●
Prizes

Aravind Adiga of India has won the Booker Prize for his debut novel The White Tiger. In the official announcement, head judge Michael Portillo said “In the end, The White Tiger prevailed because the judges felt that it shocked and entertained in equal measure. The novel undertakes the extraordinarily difficult task of gaining and holding the reader’s sympathy for a thoroughgoing villain. The book gains from dealing with pressing social issues and significant global developments with astonishing humour.” An excerpt of the book is available, as well.See Also: The Longlist.

Award season is hitting its stride, and this year’s National Book Award finalists have been announced. This year’s fiction list includes something of an invasion from overseas, with Peter Carey, surely the first Booker shortlister to also be a National Book Award finalist (but eligible for both because the Australian-born author is now a U.S. citizen), and Lionel Shriver, who, though a U.S. citizen is often more commonly associated with London, where she makes her home.

The nomination for Shriver validates a provactively titled piece that ran in these pages this year, Lionel Shriver: America’s Best Writer?, which suggested that she deserves far more critical attention. Rounding out the fiction list are Nicole Krauss, recently lauded as a New Yorker “20 Under 40” writer, and a pair of relative unknowns Jaimy Gordon and Karen Tei Yamashita, each writing for small indie presses, McPherson and Coffee House, respectively. Also notable, the fiction finalist number four women versus one male author, and Jonathan Franzen and his blockbuster literary novel Freedom are nowhere to be found.

The other big name to note is rocker Patti Smith, who earned a nod for her memoir.

Nothing to Envy: Ordinary Lives in North Korea by Barbara Demick (excerpt)
Cultures of War: Pearl Harbor, Hiroshima, 9-11, Iraq by John W. Dower (excerpt)
Just Kids by Patti Smith (excerpt)
Secret Historian: The Life and Times of Samuel Steward by Justin Spring (excerpt)
Every Man in This Village Is a Liar: An Education in War by Megan K. Stack (excerpt)

The Eternal City by Kathleen Graber (excerpt [pdf])
Lighthead by Terrance Hayes (poem)
By the Numbers by James Richardson (poem)
One with Others by C.D. Wright (poems)
Ignatz by Monica Youn (poem)

The winners of the Lettre Ulysses Award – a prize for book-length reportage that I discussed a few weeks ago – have been announced. Alexandra Fuller’s account of her travels with a white, African mercenary, Scribbling the Cat: Travels with an African Soldier took the 50,000 Euro first prize while A Season in Mecca: Narrative of a Pilgrimage by Moroccan Abdellah Hammoudi and Baghdad Burning: Girl Blog from Iraq by Riverbend won the 30,000 Euro second prize and 20,000 Euro third prize, respectively.

The annual MacArthur “Genius” Fellows were named today. This award gives people from diverse fields $500,000 with “no strings attached,” for “exceptional creativity, as demonstrated through a track record of significant achievement, and manifest promise for important future advances.” There are typically a handful of literary types among the scientists, artists, and musicians who become Fellows, with this year being no exception. George Saunders is probably the best known among them, but I’ve listed all of the literary winners below along with some relevant links:David Carroll – Naturalist Author/Illustrator – From the bio on his site: “David is an active lecturer and turtles/wetlands preservation advocate. His art and writing, as well as his extensive fieldwork with turtles and wetlands has been widely recognized, and been the subject of many feature articles.” He is the author of a recently published memoir, Self-Portrait with Turtles and “the wet sneaker trilogy” of The Year of the Turtle, Trout Reflections, and Swampwalker’s Journal.Atul Gawande is a prominent surgeon, but he is better known for his book Complications: A Surgeon’s Notes on an Imperfect Science and his articles in the New Yorker, including “The Bell Curve: What happens when patients find out how good their doctors really are?”, “Piecework: Medicine’s money problem,” and many others. In my opinion, Gawande’s best quality is his ability to bring his perspective as a surgeon to his stories. Nearly all of his articles start with an observation he has made on the job that he then investigates further. (In this respect, he’s not unlike another great medical writer Oliver Sacks.) Other links: A Slate diary Gawande did in 1997; Gawande’s 2005 commencement address at Harvard Medical SchoolAdrian Nicole LeBlanc’s Random Family was an incredible work of journalism. To write the book, she spent ten years following the lives of an extended family in the Bronx to paint a detailed portrait of the lives of people that don’t get typically get such attention in the press. In an interview with Salon from 2003 (you have to watch an ad to read it), LeBlanc explains what she discovered while writing the book. See also: a recent article by LeBlanc on child actors in the New York Times Magazine, reprinted here.David Macaulay is the illustrator and author behind those incredible “The Way Things Work” books. In them, he deconstructs everyday objects as well as big buildings and other structures in engaging, lighthearted, yet incredibly detailed illustrations. You can see a few of those illustrations here. Macaulay is probably best known for The Way Things Work, but his architectural books, like Mosque are fascinating as well.I can’t pretend to know much about Sarah Ruhl – theater is a blind spot for me – so I’ll point instead to this long and glowing profile from the Washington Post: “She has been writing and rising steadily ever since, creating plays that aren’t easy to categorize. (An anthology of her plays will be published this fall.) The Clean House is tight and funny, skirting the polemics you might expect from a scenario that begins with a demanding WASP doctor and her recalcitrant immigrant maid. Yet it deepens by sly degrees, sweeping the audience on a surprising cloud of feeling as the characters deal with terminal illness in unorthodox ways.”George Saunders likely needs little introduction here as he’s been a favorite at The Millions and on many other book blogs. He is known for his unique, dystopian yet bleakly funny style that somehow manages to capture everything that is weird about our world without being obvious about it. For more George Saunders fun, check out an interview at Identity Theory, his story “Adams” from the New Yorker (there’s more where that came from), or his books, CivilWarLand in Bad Decline, Pastoralia, The Brief and Frightening Reign of Phil, and In Persuasion Nation.