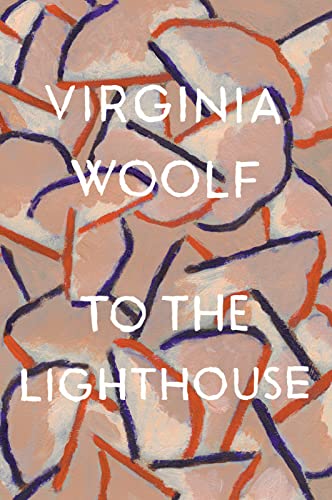 1.
Ekphrasis is an aesthetic notion the meaning of which has shifted over time. The literary critic Christopher Benfey once described it as “writing inspired by a painting.” This definition works well enough for me. Not only is Benfey’s interpretation usable, but it’s consistent with how writers often interpret literary inspiration. “I learn as much as painters about how to write as I do from writers,” Ernest Hemingway said. And James Baldwin: “painters have often taught writers how to see.”

The ekphrastic impulse also includes film. Richard Ellmann compared Walt Whitman’s “Song of Myself” to “the moving cinema-like eye which homes in on a detail, then springs back to survey a panorama.” Not to be overlooked is the photographic snapshot, exemplified by John Dos Passos’s 51 “Camera’s Eye” sections interspersed throughout the U.S.A. trilogy, usually to freeze a kinetic urban moment (one that, in certain editions, was illustrated with a Reginald Marsh drawing.)

I suppose the spirit of ekphrasis informs almost every modern novel. But few manifest the practice more explicitly than Virginia’s Woolf’s To the Lighthouse. Set on the Scottish Isle of Skye, built around a young boy’s desire to sail to the local lighthouse, and ultimately defined by a piercing exploration into the adults around him, To the Lighthouse relies on a modernist aesthetic deeply indebted to impressionistic painting.

Woolf routinely blurs her scenes into an impressionistic haze. She describes Mr. Carmichael, a poet visiting the house on the Ile of Skye, as a person “sunk…in a grey-green somnolence which embraced them all” (evocative of some of Claude Monet’s Rouen Cathedral paintings). A former painter’s influence was powerful enough to insure that future painters who visited the Ramsey summer compound (such as Lily Briscoe) only made pictures that were “green and grey, with lemon-coloured sailing-boats and pink women on the beach” (see Monet’s Regattas at Argenteuil). As Mrs. Ramsey entertains her son James in the kitchen (he’s upset about not going to the lighthouse), Woolf observes “how life, being made up of little separate incidents which one lived one by one, became curled and whole like a wave which bore one up with it and threw one down with it, there, with a dash on the beach.” The image — memories being transmuted into a wave — provides an implicit suggestion that nothing in the natural world mimics an impressionist painting more accurately than the ocean crashing into a mayhem of foam (see Monet’s “Storm at Belle Ile” or, although pre-impressionistic, Gustave Courbet’s “The Wave”). Repeatedly, Woolf advances the impressionistic theme that, as she notes about Lily’s much tortured painting in progress, “beneath the color there was the shape.”

It’s hard to imagine a better description of the genre.

3.
I’ve read To the Lighthouse twice, both before and after my introduction to ekphrasis. After is much better. And not just because of the expected benefits that come from rereading. An overt awareness of Woolf’s impressionistic focus allows one to appreciate what visual art accomplishes within the contours of Woolf’s ambition. Speaking in general terms, impressionism becomes a scrim behind which Woolf hauls her novel into ever-deeper psychological territory — territory that literature had heretofore mostly avoided. In Woolf’s hands, impressionism permits the interior life to float through the narrative like black ink in a basin of water, creating slowly shifting forms rather than hard lines, which seems about right if the goal is to explore the amorphous nature of the inner self.

Art historians identify impressionism’s defining feature as light. But Woolf stresses distance. Impressionistic space — be it in the form of big skies, hovering churches, fields of haystacks, or an expanse of lily pads — becomes the capacious room for Woolf’s largest questions. Fearlessly, she plunks these queries into the novel like stones in a pond, confident that the ripple effects won’t displace too much: Is it good, is it bad, is it right or wrong?…What does one live for?…What does it all mean?…What is the meaning of life?…What am I?…Who knows what we are, what we feel?

In most contexts, these overwrought queries would ring hyperbolic. Instead, they resonate at a distant remove from the grimy details of everyday life, as well as beneath Woolf’s protective but soft gauze of color. In so doing, these big questions collectively orient the reader toward meaning beyond the characters. Instead of seeming indulgent, they guide us towards complicated psychic truths that are both integral to the self but transcendent to it. Not incidentally, this strategy of gentle abstraction may help explain why Woolf had ambiguous feelings about James Joyce’s Ulysses — where the entirety of Dublin comes at you in a fire hose of detail 00 but approved of Whitman’s poems, with all that careful and rhythmic homing in and springing back.

4.
Woolf’s debt to impressionism culminates in the eventual trip to the lighthouse (it only took 10 years to get there!). James’s sister Cam watches the shore recede from her comfortable perch on the boat. As the lines around hard objects fade, she enters a frame of mind capable of confronting the big questions that Woolf presents. “[T]he lawn and the terrace and the house,” writes Woolf, “were smoothed away now and peace dwelt there.” Later, with the distance between Cam and the shore having increased, with even more dingy detail “smoothed away” by the solace of space, Cam concludes that the people on the blurry shore “were free like smoke, were free to come and go like ghosts. They have no suffering there.” Cam’s is hardly a random observation. It’s indicative of a mind liberated by distance, a mind primed by abstraction to invite queries into phenomenon bearing on the inner self and, again, what lies beyond it. Have you ever, during a moment of turmoil, looked up to seek a breath of resolution? Yeah.

Woolf harnesses this impressionistic power to direct her psychological investigations into even minor figures such as William Bankes. Observing the jerky movements of a hen, Bankes, worries, as one well might, that “the pulp had gone out of” his friendship with Mr. Ramsey. Then he looks up and outward “at some far sand dunes.” It is, by most standards, an utterly innocuous gesture. But, as Woolf explains, “in this dumb colloquy with the sand dunes he maintained that his affection for Ramsey had in no way diminished.”

It’s a small realization — one of millions that make us whom we are — and it couldn’t have happened under Bankes’s nose, but only in the “acuteness and reality laid up across the bay among the sandhills.” Staring at a humble hen, for reasons we’re invited to ponder, flattened Bankes’s insight into his friendship status with Mr. Ramsey. But when he looked across the bay he was “alive to things which would not have struck him had not those sandhills revealed to him the body of his friendship.” Who knew the position of your head carried such significance? This phenomenon we are also invited to ponder.

5.
In the novel’s penultimate scene, Lily stands in grass near the shoreline and watches the sailboat slice its way to the lighthouse. As the space grows between her and the crew, which includes Mr. Ramsey, she suddenly laments how “she could not reach him.” Earlier in the day, the chronically insecure but brainy Ramsay was fishing for a compliment from Lily but Lily — for reasons she couldn’t explain to herself — refused to oblige. But as she watched “the boat now flatten itself on the water and shoot off across the bay,” she changed her mind. “The sympathy she had not given him weighed her down.” To alleviate her guilt, to now reach out to Mr. Ramsey, Lily “dipped into the blue paint.” As Woolf notes, she reached for art because “the problem of space remained.” So the gap between them — which Woolf describes “a fine gauze which held things” — needed to be closed. But, significantly, only painting had the power to do that.

And not just any painting:

Beautiful and bright it should be on the surface, feathery and evanescent, one color melting into another like the colours on a butterfly’s wing; but beneath the fabric must be clamped together with bolts of iron. It was to be a thing you could ruffle with your breath; and a thing you could not dislodge with a team of horses.

This gorgeous but impossible aesthetic highlights the novel’s ultimate and most moving ekphrastic moment. Woolf slyly transfers the novel’s grand literary challenge to Lily’s painting. Lily even more slyly transfers her artistic challenge to the crew heading to the lighthouse. The crew guilelessly makes it to the lighthouse and, mission accomplished, as waves crash around them, gain insight into themselves. And the reader is left in an impressionistic blur that somehow clarifies more than it obscures.

James McWilliams is a writer and historian living in Austin, Texas. His articles and essays have appeared in Harper's, the Paris Review online, The New York Times Book Review, The American Scholar, the Virginia Quarterly Review, The New Yorker online, Pacific Standard, Salon, and Slate. He is writing a book about art and expression in the American South called The Wild Beautiful Poets We Grow From The Road.

Essays
Essays
I am so focused on things these days, of discarding them, packing them, transporting them. And my books and these old papers and letters--these say the most about my life than anything, any thing, could.
Essays
Edan Lepucki | 2 books mentioned 8 4 min read
● ● ●
Essays
Johnson uses the Starlight Addiction Recovery Center as an additional character in the story, one that has gone through its own turnaround.
Essays
Charlotte Donlon | 2 books mentioned 4 min read
● ● ●
Essays Screening Room

Essays Notable Articles
Essays
Maybe you think that the very act of writing distorts the self by forcing it into and through generic and linguistic conventions incompatible with the experience of selfhood as you know it.
Essays
Jonathan Farmer | 2 books mentioned 8 min read
● ● ●
Essays
What we gain by reading is what we often strive for in life when we’re actually thinking about what we want.
Essays
Nicholas Cannariato | 2 books mentioned 4 6 min read
● ●
Essays
● ●