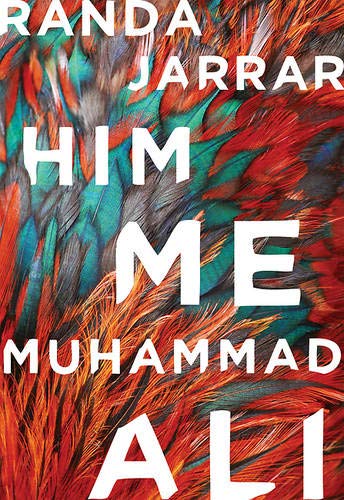 If you haven’t read Randa Jarrar, it’s time to. Jarrar’s debut novel, A Map of Home, introduced her as a smart and funny/not-so-funny writer. Jarrar grew up in Kuwait and Egypt, the daughter of an Egyptian-Greek mother and Palestinian father. She moved to the United States after the first Gulf War. A Map of Home is a coming of age story about Nidali, a girl with similar background to the author’s, who lands in Texas after migrating through various parts of the Middle East. Laced with family antics — affectionate and keenly observed — A Map of Home is an immigrant story with kick. Here’s Nidali, just off the plane in Texas:

I looked out the car’s window, mesmerized by the highway. Cars stayed in their lanes. They stopped at traffic lights; here, those red and yellow and green circles were not mere suggestions or street decorations….A woman was crossing the street and no one appeared to offer her luscious love bone.

We arrived at our new home, a long narrow house that was a little off the ground. You had to take three big steps to stand on its front porch. It was on a short dirt road…lined here and there, and here again, with cans of Lone Star. This must by the soda they drink here, I thought.

Alia Malek’s A Country Called Amreeka uses nonfiction to tell the story of Arab immigration to America over the last century. Malek profiles a series of individuals — an Alabama football player in the Jim Crow South, a politician giving voice to Arab American constituents, a gay man who has to navigate bi-culturally — each an immigrant “success,” each quintessentially American. A Map of Home deploys fiction similarly; it offers a fresh lens on the immigrant experience so core to being American. In an interview with Beirut39, Jarrar said, “Texas kind of reminds me of an Arab country in America where everyone speaks Spanish instead of Arabic. I like the approximation in culture.” That approximation is deftly illustrated in her debut novel.

If A Map of Home travels from Kuwait to Texas with humor and wit, Jarrar’s forthcoming short story collection, Him, Me, Muhammad Ali, paints with an even broader brush. With compelling themes of displacement and reinvention, these stories push boundaries — probing race, class, sexual identity, and family; the role of women in Arab and American culture; and much more. In this collection, mythology meets reality, and Jarrar’s palette spans the world.

The stories are full of pithy asides. Describing a mentorship with an imperious and mesmerizing Egyptian feminist in “How Can I Be of Use to You?” the narrator wants to hitchhike “back to my family — to their familiar oppression and their unspoken support.” In “Grace,” a heartbreaking story worthy of Borges, a seven-year-old girl is kidnapped from a Pathmark in Paramus, renamed Grace, and raised by a female commune. She plays with a doll that she convinces herself is a “still and shrunken Ida,” her little sister. She is never found. As an adult, however, she discovers that Ida has written a novel that precisely describes her captivity.

It hurt me that Ida could have found me and not reached out to me. But I guessed we were even. Still I felt angry that she imagined me as a lonely old hag, still imprisoned….

Each night, before I go to sleep, I picture myself driving to our old house. I imagine Ida waiting for me by the staircase, still a child…. We run through the empty house, no one there but us, stopping in the vast, wooden den. And there Ida asks me where I’ve been, and I tell her: that I’d been taken away by those who wanted to share a life with me, that I’d been quickly kidnapped by love.

There’s boy trouble and religion trouble. In “Lost in Freakin’ Yonkers,” the narrator is thrown out of her home, pregnant and single:

When you’re disowned, your mother becomes your secret lover, calling you from pay phones, visiting at odd hours and for short bits of time. And your lover becomes your mother, has to take care of you now that she’s gone.

Despite her mother’s urging, the narrator is not interested in trying to convert the father of her child — “He’ll be shitty Muslim and a shitty husband too.” She drives home with the drunken boyfriend after the birth, “a ton of shit going on inside my head.”

This is it? I ask myself, hating the government and financial rules, my reproductive system, his big dick, and mostly, my God. Not just God, but the God, the one who wrote the book resting in the car-door pocket on my left, the book that my boyfriend erroneously skims from left to right, the book that provides Guilt big enough to make me want to marry this ape with several mental illnesses he does not plan on addressing any time soon.

Politics are never far below the surface. “Testimony of Malik, Prisoner #287690” is written in the form of a report from Istanbul describing a kestrel named Malik Kareem Aziz El-Hajj Aamer Kan’un found in a “nearby village with Israeli tag on claw and placed under arrest…We believe the small falcon is a spy.” Interrogated by a series of Commanders, the kestrel says

As a child, I saw the bodies of collaborators hung from the lines my kin and I used to hunt from. Their bodies swayed. The punishment for spying was always death. And death never appealed to me….

One day, while I was en route to the sea, I saw the bigger birds, the warplanes, hovering far above me. The plane urinated a white phosphorous that clouded the air I flew in, and soon I was in the sea.

The kestrel is captured by university students in Tel Aviv, investigated, and tagged. “In Aqraba, everyone was angry with me for being captured by the Israelis.” He falls in love with a gull from Istanbul. “She said we could never breed, because I was not one of them.” The final transmission from Prisoner #287690’s recording chip is one of longing and displacement: “I am too elderly to fly home now. I want to return to Aqraba, to say goodbye, not to those who have shunned me, but to my land, to the olive trees, the earth, and the cicadas.” (Are birds a current stand-in for grief and rage? Max Porter’s new novel, Grief is the Thing with Feathers, substitutes a crow for a nanny/grief counselor following the death of a young mother.)

Jarrar’s title story opens with the death of the narrator’s father from a brain aneurysm “on the Metro-North train from White Plains to Grand Central; his fellow commuters didn’t notice until Scarsdale.” The narrator is the daughter of a transcontinental marriage between two journalists — a Black American man and an Egyptian woman from Sydney — who meet at the Ali-Foreman fight in Zaire.

After their engagement, my parents wrote their respective stories on the plane and filed them from Cairo, then took the Egypt Rail to Alexandria. My dad exaggeratedly said he was pissing out of his ass the entire ride over. In Alexandria, he was greeted as family, converted to Islam a week later, and married my mum in the front hall of her apartment building.

She left my dad and moved back to Sydney before I turned one. I never knew why, but suspected…that he’d cheated on her.

Everyone in Sydney treated me like an Egyptian kid. I looked like one of them, and nobody mentioned my Black dad.

The narrator recalls being the victim of racist epithets, remarking that her Mom was good at hiding things. “The whole time she was my mother,” Jarrar writes, suggesting that the connection was temporary, “I assumed she never got laid or even dated, but I was mistaken.” Again, there is deracination, complex family relationships, and humor that telegraphs heartache.

Jarrar channels Isaac Babel in “The Story of My Building” and in the final story covers territory reminiscent of Moacyr Scliar’s The Centaur in the Garden (about a centaur born to a Jewish family in Brazil). “The Life, Loves, and Adventures of Zelwa the Halfie” is the tale of a “half woman — the upper half — and half Transjordanian ibex.” If ever there was an allegory of an outsider, this is it.

Nowadays, when I go on dates, I drive my disability-equipped van, which allows me to accelerate with my hands and provides my lower body lots of room. But when I was younger, I used to show up at dates’ doors, carry them on my back, and gallop off to dinner. This was a problem because it created an intense and too-premature sense of intimacy.

The thirteen stories in this collection blend humor with rage, wit with pathos. Jarrar presents an astonishing variety, each story as inventive as it is insightful. It’s a book for this oppressive electoral season, where presidential politics are ugly and destructive, and demagoguery is endeavoring to trample a core American truth: Our country’s strength derives from open borders. Jarrar is here with a correction.

Martha Anne Toll 's debut novel, Three Muses, won the Petrichor Prize for Finely Crafted Fiction and is forthcoming September 2022. Martha is a frequent contributor to NPR Books and to The Millions. Please visit her at marthaannetoll.com and tweet to her @Marthaannetoll.

Reviews
Strayed finds the worm buried at the bottom of a pile of dirt, pulls it out like a thread, and slices it open. The innards of the innards: that’s where she starts. As Sugar puts it, “This is where we must dig.”
Reviews
Jessica Gross | 5 books mentioned 4 5 min read
● ● ●
Reviews
● ●
Reviews
What makes a tall tale like “Whiskey When We’re Dry” so distinctly American, though, is its interest in chronicling the individual rather than the past.
Reviews
Patrick Thomas Henry | 5 books mentioned 5 min read
● ● ●
Reviews
● ●

Reviews
Depth, not breadth, is the treasure, and grasping after the ungraspable present becomes the point of the quest itself.
Reviews
Jeff P. Jones | 5 books mentioned 4 min read
● ●
Reviews
For all that Orhan Pamuk the citizen has been embroiled in legal struggles with the Turkish state, he strikes me in one sense as an elemental patriot. To chronicle something obsessively is a form of love, and Pamuk documents the details of his Istanbul obsessively.
Reviews
Lydia Kiesling | 5 books mentioned 15 5 min read
● ●
Reviews
● ●
Reviews
Roth is perpetually engaging, whether he is decrying the Third Reich, criticizing clichéd notions of Russia, enumerating the unpleasant realities of travel, or simply commenting on the quirks of a hotel cook.
Reviews
A.M. Kaempf | 5 books mentioned 5 min read