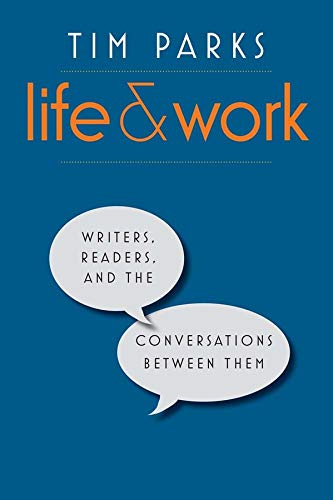 When Samuel Beckett was a young man, his parents wanted him to work in the family’s accountancy business and assume his place in Dublin’s Protestant merchant class. As Tim Parks writes in his new book, Life and Work: Writers, Readers, and the Conversations between Them, “a battle of wills ensued between mother and son…As the impasse intensified, [Beckett] developed a number of physical symptoms — boils, anal cysts, pelvic pains, tachycardia, panic attacks…” The panic attacks would plague Beckett for years, and his biographer Anthony Cronin tells us, in Samuel Beckett: The Last Modernist, that he didn’t reflect on his maladies in a conventional manner. In 1935 he attended a lecture by Swiss psychiatrist and former Freud protégé C.J. Jung. Beckett was 29 years old, in analysis, and believed he suffered from a neurotic disorder that “had its origins in infancy, in a time he could not remember,” Cronin writes.

In the lecture, Jung described the case of a young girl whose difficulties baffled him until he fell upon a simple, though rather esoteric diagnosis: “The girl had never really been born.” The idea immediately fired Beckett’s imagination. Cronin claims it triggered something crucial in Beckett and would become central to his self-understanding, and a recurring motif in his works. Beckett, he writes, “thought the diagnosis was a profoundly suggestive illumination of his own case, his sense of alienation from the world and of not being ready or fitted to cope with it, to join in its activities as others did, or even to understand the reasons for them.”

In Life and Work, Parks writes about Beckett and 19 other writers, including Fyodor Dostoevsky, Georges Simenon, Muriel Spark, Peter Stamm, Haruki Murakami, Stieg Larsson, and E.L. James (Parks examining Fifty Shades of Grey is great fun). Here and there in the collection, one occasionally glimpses the true existential cost of the so-called “writer’s life,” where writing is both an act of self-abnegation — with all of its consequent anxieties — as well as a struggle against such a personalized nihilism.

Parks tells us that after Beckett published the novel Molloy at the age of 45 — finally setting the stage for literary renown after years of “retyping…for rejection,” as Beckett put it — he had his then girlfriend (and later wife) Suzanne Déchevaux-Dumesnil write to his publisher. She requested they do not enter Molloy for the prestigious Prix des Critiques, because the prizewinner would have to schmooze and make speeches, and “it is impossible for the prizewinner, without serious discourtesy, to refuse to go in for the posturings required by these occasions: warm words for his supporters, interviews, photos, etc. etc. And as (Beckett) feels wholly incapable of this sort of behavior, he prefers not to expose himself.” In light of Beckett’s self-diagnosis, it occurs to me that a man who doesn’t exist, a man who isn’t there, can’t be expected to sign books and sip burgundy with a bunch of boring editors and press types.

But this malady isn’t unique to Beckett and his Parisian, mid-century modernist milieu. Julian Barnes had a similar feeling. In his 2008 memoir/treatise on death, Nothing to be Frightened Of, Barnes writes he has a “grown-up fear of just not existing.” Parks believes Barnes is unable to “find consolation for the eventual extinction of his personality… bereft of a reassuring metaphysics and given the findings of science, life this side of the grave is anyway irretrievably devalued, and individual personality doesn’t in fact exist.” For Barnes, it seems to be a rather simple conclusion: If there is no God, then there must be no “me” as well.

Parks suggests we can think of personality as something that emerges vis-à-vis “one’s negotiations with others,” and he notes this has always proved problematic for the South African writer J.M. Coetzee. In examining Coetzee’s autobiographic trilogy, Boyhood, Youth, and Summertime, Parks wonders what happens when you come-of-age in 1940s South Africa — at a time when tribal identification is everything — yet you don’t identify with any one community. In Boyhood the protagonist attends a new school where he must self-declare as Christian, Catholic, or Jewish. The boy is from an Afrikaner family, but they speak English instead of Afrikaans. He is born in a Christian milieu, but his parents are agnostic. Because his family is “nothing,” he randomly chooses Catholic, but this doesn’t work either, leading only to ostracization and disgrace. I wonder, if one is outside of all recognized models of community — as some writers are, or at least feel themselves to be — is it possible to know you really exist?

It’s unlikely that a gnawing sense of being unborn tops the neuroses of most writers these days, but I’d argue that Beckett’s Jungian insight is more commonly known today as anxiety. In the last century, writers largely handled it by drinking. Beckett’s mentor and friend in Paris, a certain genius named James Joyce, was so fond of the drink he had to forbid himself from starting before six o’ clock—but when dark came, he was as game as Hunter S. Thompson.

I think the daily act of sitting alone for hours and purposely conjuring up emotions and disturbing memories — precisely the kinds of things people use Percocet, vodka, food, and Netflix to forget — serves as the ideal petri dish for anxiety. Parks mentions that Barnes and Simenon also suffered from panic attacks. Without doing any real research, I can add the names David Foster Wallace, Philip Roth, Virginia Woolf, John Steinbeck. These are all prose writers, of course. If we begin to add the names of the poets, the list gets real long, real fast.

In his essay on Peter Matthiessen, Parks describes a scene in the novel In Paradise, where “pilgrims” are meditating at Auschwitz in a kind of retreat/holocaust remembrance ritual. Parks writes, “The practice of meditation has the effect of breaking down the ego; in hours of silence, the mind intensely focused on breath and body in the present moment, there is no place for the narrative chatter that feeds the constant construction of the self.” In some ways this is not a bad description of the idealized writing state. I think it would certainly fit a kind of Natalie Goldberg, Writing Down the Bones, Zen-inspired, Esalen Institute vision of creative writing. But whereas Zen meditation is about an empty mind, writing fiction requires a full page, and that means cultivating lots of narrative chatter, ultimately pulling you back into yourself.

But just as writing may induce multifarious forms of anxiety, the right words are also a middle finger to the dying of the light. The God of the Old Testament announced himself to Moses with the startling declaration, “I am who I am.” And writing, at its best, is like that: a declaration of existence, an expression of self-hood and — when we’re not shaking with fear as Moses did — a reminder that heaven is not as far from us as it often seems.

Two assumptions are often made about the magnificent writer and illustrator Edward Gorey. First, that he is British. Second, that he is long dead. Although graced with a British sensibility – his work contains a distinctive London fog, a dark, in equal parts menacing and comforting Englishness about it – Gorey was in fact born in Chicago and left America only once, for a brief sojourn in the Scottish isles. And while his work seems perhaps more Victorian than modern or post-modern, Gorey actually died in 2000, and he was active as an artist and writer for the bulk of the second half of the twentieth century.

I had the good fortune to be reminded of Gorey recently, when on my birthday I received one of his singularly remarkable books. Titled The Curious Sofa (the author’s name is given as Ogden Weary, a wonderful anagram), Gorey’s book is both hilarious and darkly suggestive. The book, subtitled “a pornographic work”, contains no actual pornography, if by pornography one thinks of naked people. Instead, with a mix of childish innocence and impish delight, Gorey creates eminently suggestive scenarios, leaving the reader to fill in the blanks. “Lady Celia,” for example, “led Alice to her boudoir, where she requested the girl to perform a rather surprising service.” The accompanying picture, just this side of lewd, shows Alice, her head peeking over a Chinese wall, leering suggestively at Lady Celia. One can imagine Gorey, with a crooked half-smile on his devious face, impeaching the reader that the obvious erotic reading is not the one he meant at all.

This glorious impishness pops up, indeed overwhelms the bulk of Gorey’s work. His sly humor is only part of the pleasure of his books, though. Mostly, I turn to Gorey for his delightful illustrations. His evocative ink-marks, the way he draws darkness on the page, are simply fantastic. Gorey succeeds like not other in pulling you in to his own imaginative world, creating a child-like wonder that is somehow not child-like, that is mature and full and yet profoundly uncynical.

I was pleased to discover recently that a documentary on Gorey’s life, shot from 1996 to his death in 2000, is currently in its finishing stages. I am excited to hear the author and artist speak in his waning years about his life’s work and what exactly he was trying to attain with his delightful drawings. I will admit, though, that while I am thrilled to see Gorey interviewed, I am loath to lose my fantasy of his British accent.

Essays
Like Franzen's novels, the Berenstain Bear books might meander, reveling in details alternately informative and irrelevant, but ultimately they're straightforward tales about family.
Essays
Edan Lepucki | 8 books mentioned 3 3 min read
● ●
Essays
Recently I did something I’ve been avoiding for a long time: I read literature by people like me, about people like us.
Essays
Margaret Redmond Whitehead | 8 books mentioned 10 min read
● ● ●
Essays
Whenever there are bright lights, clusters of cameras and microphones, spin doctors and handlers, packs of hungry rivals with notebooks, the writer's chances of getting something genuine, or even merely unique, shrink monstrously.  I experienced this so many times that it is one of the few things I absolutely know to be true.
Essays
Bill Morris | 8 books mentioned 20 12 min read
● ● ●
Reviews