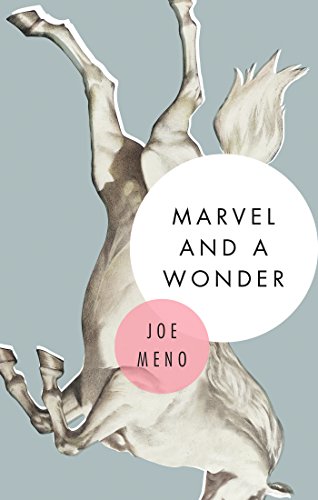 In Slow Violence and the Environmentalism of the Poor, Rob Nixon coined the term slow violence to describe “a violence that occurs gradually and out of sight, a…delayed destruction…, an attritional violence that is typically not viewed as violence at all.” Nixon explored the slow erosion of cultures, of places, of the ability to survive for so many people in poor communities across the world. He argued that this violence is so pervasive because it’s not spectacular. Sudden violence captures our attention. We react to it. We rally around events like typhoons or nuclear meltdowns or hurricanes or wars. But it is harder for the world to focus on the gradual decay of poor communities.

While Nixon’s book is deep and complex, he’s far from the first to talk about slow violence. Writers, artists, documentary filmmakers, and others have been struggling to shine a light on slow violence for decades, at least since Michael Moore released Downsize This! and placed, in the first couple of pages, a picture of the bombed out federal building in Oklahoma City next to a picture of a General Motors factory after GM had moved those jobs to Mexico. The two buildings look almost identical. Both communities were devastated after the sudden violence of the bombing and the slow violence of the downsizing. Together, these photos ask us how we define terrorism, and whether it’s any less terrorizing when it happens gradually and results in a more thorough destruction.

The most recent addition to this discussion is Joe Meno’s novel A Marvel and a Wonder. In it, Meno explores the slow violence of the flyover states through the characters of Jim Falls and his grandson Quentin. Jim is a chicken farmer in rural Indiana. He’s a widow. His daughter struggles with her addiction to crystal meth and has more or less abandoned her son, Quentin. Jim and Quentin work the farm together. Despite the fact that they spend almost all of their time in close proximity, they’re worlds apart in their own heads. Jim worries about the farm. Money is tight and will likely run out in the next couple of years. If he were younger, it would be time for him to leave his dying town and do something else. But he’s in his 70s and has farmed his whole life. It’s all he knows. It’s who he is. Quentin, in the meantime, is a biracial kid in a rural white world. Though he doesn’t articulate it, he knows like we all know that race is a performance. We’re taught to act white or black or whatever. He has no role models and turns to his Walkman and his N.W.A. cassettes for guidance.

Just as Jim and Quentin’s situation seems hopeless, mysterious circumstances bring a horse to Jim. She’s a thoroughbred worth tens of thousands of dollars. Jim sees her as a gift from his dead wife, Deedee. Quentin sees her as a test from God. Both grandfather and grandson fall in love with the horse. She’s a companion, a way of bringing them together, and, if they make the right moves, a way of gaining a little financial security while Quentin finishes high school and Jim lives through his golden years. Unfortunately, having tens of thousands of dollars in your backyard in an economically recessed town is an invitation to trouble, even if that money is in the form of a quarter horse. A pair of local meth dealers steal the horse. Jim and Quentin descend into a violent world of drugs and gambling to get the horse back. Their journey brings them closer and threatens to kill them.

There is a fair amount of sudden violence in the book. Characters carry guns and shoot them at each other. Bones are broken. People are beaten. People die. Meno handles it all with the skill of a writer who has studied Jim Thompson and Nelson Algren. The depravity of the situation feels real. The worlds Jim and Quentin live in and travel through are bleak and gritty. What sets this novel apart, though, is the slow violence.

All of Jim and Quentin’s problems — and their slim hopes for a solution — are the direct result of an unjust economic system. From the view of American mainstream culture, a guy like Jim is white trash. By that very language, his life is disposable. Whatever happens to him is justified. Quentin can be dismissed on a racial level. If the past year has taught us anything, it’s that black lives don’t matter much to people in power. And Quentin lives in a world 20 years removed from us, when even the thought of a black president seemed remote. So both grandfather and grandson are invisible and untouchable from the point of view of power. It’s nothing for those who craft federal and state policy to craft a policy that tilts the economic playing field toward agribusiness conglomerates and away from family farmers. And systems that enable someone like Quentin to have a future — public education, food stamps, libraries — become the first programs on the budget chopping block. So the two are left to struggle through the detritus of this slow violence. There is no suggestion of Quentin taking over the farm that has been in the Falls family for generations. The farm won’t be profitable through his high school years, much less through his adulthood. It’s really nothing more than a few acres of Indiana that Monsanto will take over for cheap once Jim dies. The sooner, the better for Monsanto.

Even the horse that appears like a godsend is really more toying of the excessively wealthy. Jim receives the horse through the execution of a will. His ownership of the horse is a mistake, but there are so many more valuable things the heirs are fighting over in the will that no one wants to fuss about a $50,000 quarter horse. This juxtaposition of greedy heirs grabbing for so much money that $50,000 is beneath their concerns with Jim and Quentin, who are barely able to scrape together money for the electric bill, is striking. And, while it’s not wealthy people who steal the horse, only about one percent of the American population can get away with buying, boarding, training, and racing an illegal quarter horse. Without someone to buy the stolen horse, it’s worthless to the thieves. The fact that the buyer is a one percenter on his death bed, someone who already has exponentially more money than he has life left, someone who will never be able to ride or even see the stolen horse he has bought, someone who set this whole series of events into motion simply to add to his sociopathic accumulation of wealth, is perhaps the most violent and poignant part of the book.

In telling the story of Jim and Quentin, Meno broadens the conversation about the winners and losers of the global economy.

Jim Falls is a complex character. He’s a racist whose last great love is his biracial grandson. He’s a good person who wants to be better. He wants to give to his community and to do right by way of his daughter and grandson. It’s just that the value system he was raised with is losing its relevance. The world is changing. His identity is crumbling. All of his ideological oases have dried up. In these ways, both Jim Falls and Marvel and a Wonder seem like a reimagining of those great old depression era novels by John Steinbeck and William Faulkner and Meridel Le Sueur. The book makes visible the typically invisible victims of unjust economic policies. It makes these characters people — flawed and beautiful. It resists too much judgment or proselytizing and explores complex situations with appropriate complexity. In the end, it not only demonstrates the injustice of our contemporary society, it forces us to confront our own role in these cultural conditions.

Sean Carswell is the author of several novels and short story collections. His latest, The Metaphysical Ukulele (Ig Publishing) will be released in May. He is also the author of Occupy Pynchon, scheduled for publication by University of Georgia Press next year. He teaches writing and literature at California State University Channel Islands. You can read more about and by him at seancarswell.org.

Reviews
Devil’s Bargain is the first thing I’ve read in the last year and a half that manages to make some sense of the human catastrophic weather event that is Steve Bannon.
Reviews
Michael Bourne | 3 books mentioned 1 6 min read
● ● ●
Reviews
● ●
Reviews
Reviews Screening Room