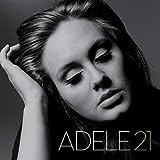 1.
I’ve been wondering if being a bookish kid necessarily means being out-of-the-loop on popular culture. In my life, this has certainly been the case. For example, I didn’t know who Adele was until last Christmas, when my brother and sister-in-law gave me 21, and it wasn’t until two days after the Grammys that I realized the music I’d been listening to and enjoying was by the same woman who swept all the awards.

Here are a few things I don’t usually tell people: I thought The Police really were law enforcement and I understood the song “Rock Lobster” to be “Rock Monster” for years. (Even now I had to double check I was not mixing it up, again.) How can a girl growing up in hip Ann Arbor in the 1970s and ’80s be so hopeless?

I don’t blame books entirely. My father loved classical music and opera; my mother loved musicals and the oldies. My father is a chemistry professor and in those years often worked in the living room on Sunday afternoons, an opera on the stereo as big as a cabinet behind him. My mother’s realm was the kitchen, where she kept a small black radio by the window tuned to the oldies station. She would sometimes get a little teary when a song came on she remembered. She’d sway her hips and sing along and I was always a little bit embarrassed. She probably thinks I wasn’t listening, but I was. To this day, Sha Na Na can bring tears to my eyes.

These two poles, the living room and the kitchen, defined my childhood musical world. It’s true I was very busy reading, but, unlike my younger brother, I also wasn’t adventurous enough to go out and find my own music. If I sound confident about that decision, I was not. It was a source of endless anxiety to me. In fifth grade the most popular girl in the class, Susan R., designed a popularity test. I don’t remember the other four questions, but the last one was: Who is the leader of the J. Geils Band? (You probably don’t need me to tell you it was not someone named J. Geils.)

I didn’t pass, and I went home and told my mother the whole story. She was very sympathetic and suggested I go back the next day and ask Susan R. if she could tell me who wrote Beethoven’s Fifth Symphony? Hmmm? I loved my mother very much, but at that moment I knew I couldn’t rely on her anymore for social help. This was the era when our long summer car rides were filled with cassette tapes of Buddy Holly, Abba, and Roger Whittaker (my father, an excellent whistler, admired his whistling). I kept my window rolled up, and begged my family to do the same, lest someone hear our music as we sat at a light or pulled into a rest station.

But the fact is I don’t blame my parents or books for my profound out-of-the-loopness, and I don’t mind it now. To be out-of-the-loop is to be wary, cautious, but also observant, thoughtful. To be in the loop — possibly, I wouldn’t know, I’m working on observation here — is to be confident, more popular, but also more swayed by the world. Presumably, if I’d really wanted to, I could have found out more about the pop music of my childhood, paid attention to the bands my friends liked, watched MTV instead of Murder, She Wrote. But I didn’t, and I have to conclude it just didn’t matter enough to me. I spent my time doing other things — reading, practicing the piano, pretending to write books — and it worked out in the end.

To be perfectly clear: There is a way of being out-of-the-loop that is hip and cool, but that is not what I’m talking about. I was not a rebel by any standard. I was not defining my own loop. I was not rejecting the popular just because it was popular. The summer I was 17 I worked at a pool with a girl who told me she never listened to the Top 40. She spent that August suntanning a peace sign on top of her foot. That was not me.

My out-of-the-loopness had more to do with obliviousness than wanting to define myself differently. In fact, that was the very thing that scared me when I was younger: The way what you liked seemed to define who you were. J. Geils? Popular. Top 40? Boring. Duran Duran? I don’t remember, but it was something, I can assure you. That’s why I wanted the car windows up. I thought people hearing the music we were listening to would know something about me, about my family, and I wanted to stay in flux for as long as possible.

2.
The only trouble with being out-of-the-loop now is the conundrum of how to parent my children through it. My daughter is just a little younger than I was at the time of The Police debacle and is also an avid reader. So far she seems to be taking after me, vaguely aware of what her friends like to listen to, but not knowing where or how they found that music. We have, however, something my mother and I did not: the Internet. My daughter comes home from school sometimes and tells me names of songs or artists she’s heard her friends discussing, and then we go to YouTube and find little glimpses to watch together. When I opened the Adele CD from my brother, my daughter knew the title “Someone Like You” but had never heard the song.

My son came home from kindergarten this fall upset because the boys in his class had announced they would only play Star Wars at recess.

“What is Star Wars?” he asked.

My husband and I looked at each other, then at our son. “Oh, I can tell you about Star Wars,” my husband said.

And so a crash course began. Our boy was visibly relieved to have help — we’re living in Germany for the year, so things were tricky enough — and the approach seems to have worked: He has a nice group of friends, loves school, and trades Star Wars cards like a professional. His teacher tells me he is one of the most popular kids in the class.

Perhaps we went too far.

Part of me wants my children to be a little out-of-the-loop, knowing it might ultimately serve them well. I think it fosters independence, maybe even creativity. I don’t believe you have to have a miserable childhood to become a creative person, but feeling uncomfortable in some part of your life is a fairly common theme in the biographies of artists and writers. Yet there is another part of me — the maternal part, no doubt — that wants to spare them the anxiety. Could there be such a thing as just-enough-in-the-loop? That’s what I’m aiming for.

3.
My son’s birthday is coming up and all he wants is Star Wars Legos. Last week his closest friend came over to play and the two of them debated various Star Wars intricacies for an hour. Third-grade girls in Munich like to trade a kind of autograph book in which your friends answer some questions about their likes and dislikes and draw a picture of themselves. The first few times my daughter was asked to do this, she left the question, “Who is your favorite artist?” blank. Now I have seen her fill in Adele and “Someone Like You” for favorite song several times.

Adele makes us all feel a little more in the loop. We don’t have a car this year in Germany, but if we did, the four of us would be happy to roll down the windows and play Adele’s albums loud. My daughter and I both like “Someone Like You,” though I can tell it embarrasses her when I play it over and over. I wonder if one day, years from now, hearing an Adele song, her eyes will tear up as she remembers her mom, hunched with her in front of the computer, searching for the popular music.

Jessica Francis Kane ’s first novel, The Report, was published by Graywolf Press in the US and Portobello Books in the UK. It was a finalist for the Flaherty-Dunnan First Novel Prize and the Indie Booksellers Choice Award, as well as a Barnes & Noble “Discover” pick and a Best Reads 2012 selection of the TV Book Club in the UK. A collection of stories, This Close, is forthcoming from Graywolf in March. She is a contributing writer for The Morning News and lives in New York City with her family. Visit her website or follow her on Twitter @JessicaFKane.

Essays
You cannot remove a book from the List until you’ve read it entirely—because until the last paragraph, anything can happen.
Essays
Bryan VanDyke | 2 books mentioned 14 11 min read
● ● ●
Essays
Isenberg was not merely sketching Andrew Jackson; she was, chapter and verse, sketching the personal and political biography of…Donald Trump.
Essays
Bill Morris | 2 books mentioned 1 5 min read
● ● ●
Essays
If you have not been paying attention to trends in grade school pedagogy over the last couple decades, the first thing you should know is this: The way public school students are taught to understand books looks little like the way most readers of this site probably learned themselves.
Essays
Kevin Hartnett | 2 books mentioned 6 4 min read
Essays
Summer reading assignments and reading quizzes and book reports don’t teach our students how to be readers. They teach them that reading is a school-centered activity. That it is a chore. That they aren’t good at it if they can’t remember insignificant plot points. These assignments set students up to cheat, or to fail, and always to regard reading as a drag.
Essays
Carolyn Ross | 2 books mentioned 36 5 min read
● ● ●